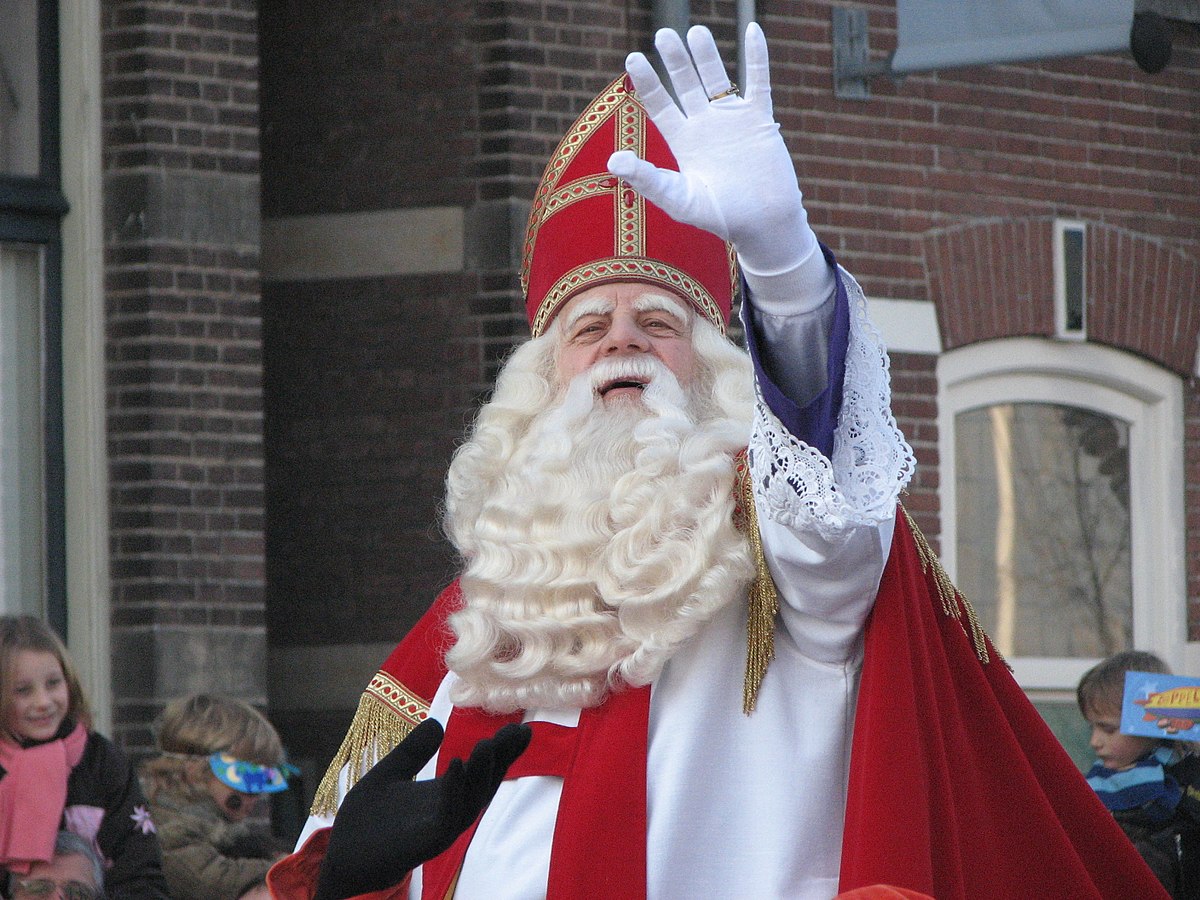 Sinterklaas has left the Netherlands on his steamboat and is probably recuperating by his pool in Spain. But do not worry, another bearded, red-clad old guy is already on display in every store window and movie on TV! You might not want anything to do with this poster boy of American capitalism, but think again: because Santa Claus is actually a Dutchie.

You might be thinking: Santa Claus, Dutch? What are you talking about; he’s from the North Pole! And you’re obviously right. But what many people don’t know is that Santa Claus is actually originating from the Dutch version of the old man that brings presents, Sinterklaas.

The history of Santa

Of course Sinterklaas comes from Sint Nicolaas, or Saint Nicholas in English, who originates from Saint Nicholas from Myra, a Greek-Christian bishop from the 4th century. He lived in Myra, Lycia, in the area that is now Turkey. He is well-known for his generous and secret gifts to the poor and became known in history as a patron saint for sailors and children.

Historians believe that Dutch immigrants in the 17th century brought the Sinterklaas festivities with them when they went to the New World. There he merged with other influences, foremost the English figure of Father Christmas. Father Christmas is a merry old man just like Santa but did not bring gifts like Sinterklaas, he only encouraged adults to drink and eat (like they needed encouragement). Sinterklaas together with Father Christmas slowly turned into Santa Claus. The first mention of the Americanization of Sinterklaas into Santa Claus was on 23 December 1773, when an issue of the New York newspaper Rivington’s Gazette stated:

“Last Monday, the anniversary of St. Nicholas, otherwise called Santa Claus, was celebrated at Protestant Hall, at Mr. Waldron’s; where a great number of sons of the ancient saint the Sons of Saint Nicholas celebrated the day with great joy and festivity.”

The popularity of St. Nicolas was further enhanced by the book A History of New York from the Beginning of the World to the End of the Dutch Dynasty, a satirical work written by Washington Irving in 1809, telling the world about the Dutch history of New York. In this book, he wrote about St. Nicolas as a jolly pipe-smoker and he lost his bishop attire. He described the work of the man as:

“the good St. Nicholas would often make his appearance in his beloved city of a holiday afternoon, riding jollily among the tree tops or over the roofs of the houses, now and then drawing forth magnificent presents from his breeches pockets and dropping them down the chimneys of his favorites.”

There are a few noticeable moments in history where Santa Claus turned into the figure he is today. Before these moments, there were many differences in the way he was depicted. First of all, there was the poem published in 1823, “A visit from St. Nicolas”, also known as “The night before Christmas”. Authorship is later attributed to Clement Clarke Moore, who was said to be influenced by the historical character St. Nicolas. Later contributions to the appearance of the Santa Claus we know today are the 19th century cartoonist Thomas Nast and the Coca Cola advertisements starring Santa Claus from the 1930s.

The differences between Santa & Sinterklaas

Throughout the years, Sinterklaas and Santa grew apart and there are now some distinct differences between the two. While Sinterklaas is a somewhat distinguished elderly gentleman, Santa Claus is the prime example of ‘gezelligheid’. Sinterklaas has a lean posture while Santa is shaking his belly ‘like a bowl full of jelly’ while laughing. Sinterklaas sits on a horse, while Santa is leaning back in a sled (seems easier, being a little overweight).

Besides this there is the difference in hometowns, Santa living on the North Pole (hence the warm outfit) and Sinterklaas resides in Spain (no explanation for his outfit whatsoever, I hope he loses the robe and gloves while chilling next to the pool and wears swimming trunks there but honestly I don’t want to think about Sinterklaas wearing swimming trunks). Then there is the difference in transportation, helpers, hat, etc. Also a noticeable difference, Santa has a wife (Mrs. Claus) while Sinterklaas is the asexual type that you would imagine reading a good book in front of the fire late at night, while Santa cuddles up next to the Mrs. to watch Jimmy Fallon.

If you had to choose, would it be Sinterklaas or Santa Claus you’d keep? Let us know in the comments below.

Editor’s Note: This article was originally published on 14 December 2016 but was updated on 5 December 2019 for your reading pleasure. 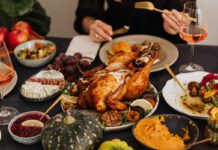 A 2020 Thanksgiving in the Netherlands

Giving Tuesday: how to support the global day of giving in the Netherlands 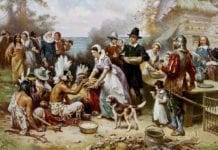