Dutch culture is notoriously open-minded. Controversial topics such as abortion, drug use, euthanasia, homosexuality and prostitution are viewed as fundamental, autonomous human rights.

Sex workers sitting in public view in the windows of the Red Light District is seen far from scandalous or immoral behaviour, despite the area often ending up as a stomping ground for curious tourists or the downright outraged.

However, upon my move to the Netherlands, there was something more shocking than the Red Light District that immediately crossed my mind about the windows across the idyllic city of Amsterdam — the open and unshielded view into people’s own homes. But why are the Dutch so averse to curtains?

Between religion and myths

Religion, or lack thereof, is an imperative aspect of society that either directly or indirectly influences everyday life. As for the Netherlands, Calvinism played a huge role in forming the mindset of Dutch society.

The majority of Dutch today consider themselves atheists, however, the characteristics of Calvinism — hard work (although not too hard), discipline, and frugality still heavily influence the general mindset.

While Catholics believe in the purchasing of salvation (saving the soul from sin through Sunday donations and the tithe — donating 10% of your annual income), Calvinists believe that our destiny is already predetermined by God as sin inherently exists in each human as a result of Adam and Eve.

Consequently, a believer must prove their faith through their own economic activity and self-control. The abundance of materialistic luxury that embodies the Catholic church is obviously a fundamental contradiction to any frugal Calvinist. Historically, the clergy at the top enjoyed the benefits of financial gain, but always behind closed doors and — more importantly — closed curtains.

Conversely, the Calvinist mentality focused on an open door policy, nothing to hide and accordingly, open curtains. See what we’re getting at here?

Of course, there are always a few fictional tales circulating. One popular myth being that back in the day, men often spent a lot of time at sea, away from their wives. What better way to instil some good old neighbourhood watch by adopting a culture of open windows?

It ensured that these lonely ladies didn’t get up to any mischief whilst their men were away. Closed curtains called for suspicion, whilst open curtains kept any harmful gossip at bay.

Growing up in the aftermath of predominant Catholicism, it’s still common in Ireland to see semitransparent lace blinds dominate living rooms during the daytime and, once the sun sets, thick blackout curtains to keep the heat in and any peering eyes out.

However, in the Netherlands not only are curtains a rarity, but windows are generally larger, which appears even more absurd to any foreigner.

There is a compromise that some Dutch submit to — vinyl stickers pasted on windows that force prying eyes to work a little harder, while still maintaining a level of transparency of course.

Apartment living in Amsterdam is tight on space, especially in my neighbourhood of The Nine Streets (De negen Straatjes). Buildings are tall and dare I say, uncomfortably adjacent to your neighbour’s curtain-less living room.

Maybe it’s my natural curiosity or admiration for Dutch interior design, but sometimes I cannot help but look into my older neighbour’s beautiful living room. But, any attempted friendly wave on my part is ignored as though my existence was devoid. I genuinely don’t believe this is a scornful burn, but rather an internalised acceptance of a cultural norm that I was previously oblivious to.

I tested this norm during the historic 40 degrees heatwave of July 2019, parading around in my bikini, demonstrating some terrible dance moves, and performing some questionable activities. But, nothing, rien, nada, NIETS!

Despite this, and never having bumped into each other in the street or verbally chatted, in some weird way, I feel like I know this stranger. I know his daily routine — eating dinner at 19:00 on the couch, his sons visiting from time to time, no partner, enjoys reading the newspaper in the morning and likes inviting his friends over to watch the football (but only when AFC Ajax are playing!).

But it’s not only my neighbour and me: many people live in what can only be described as a shop window. Large paned windows, often no curtains and the contents of the household on display to whoever walks by and decides they cannot resist a quick glimpse.

If you have seen The Truman Show with Jim Carey, this manner of living can only be described as a conscious form of surveillance. Although this is where you can revert back to the aforementioned Calvinist idea of self-control — no peeking!

I’ve made two conclusions from living in the land of no curtains:

What do you think about the Dutch and their lack of curtains? Have you been guilty of peering into someone’s house? Let us know in the comments below!

Feature Image: Noelle/Pexels
Editor’s Note: This article was originally published in October 2019, and was fully updated in December 2021 for your reading pleasure. 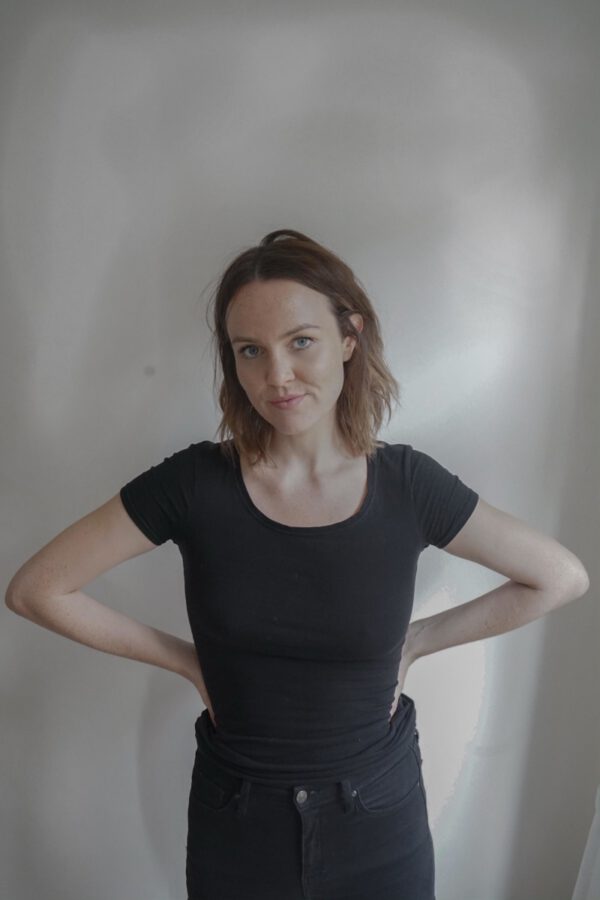 Holly Lenny
Holly hails from the Emerald Isle - Ireland. She has spent the last few years working in the media industry in Ireland, the Middle East, Spain and The Netherlands (finally – a country where her height – 187cm – isn’t the first topic of conversation!). A true Scorpio at heart – curious with an investigative streak and a passionate storyteller. Culture and communications are two of her biggest passions, the perfect combination for someone who never says no to a new adventure!

How likely are people in the Netherlands to serve food to their guests? This simple map took Twitter by storm,...
Housing

Guide to furnishing your house in the Netherlands (cheaply)!

So, you've just moved into your new place and it's unfurnished, semi-furnished, or just ugly. Nightmare. Well, we're here to help...
Housing

Expats and international students: how to not get scammed in the Netherlands

If you're an expat or an international student, learning how not to get scammed in the Netherlands is vital. Even...