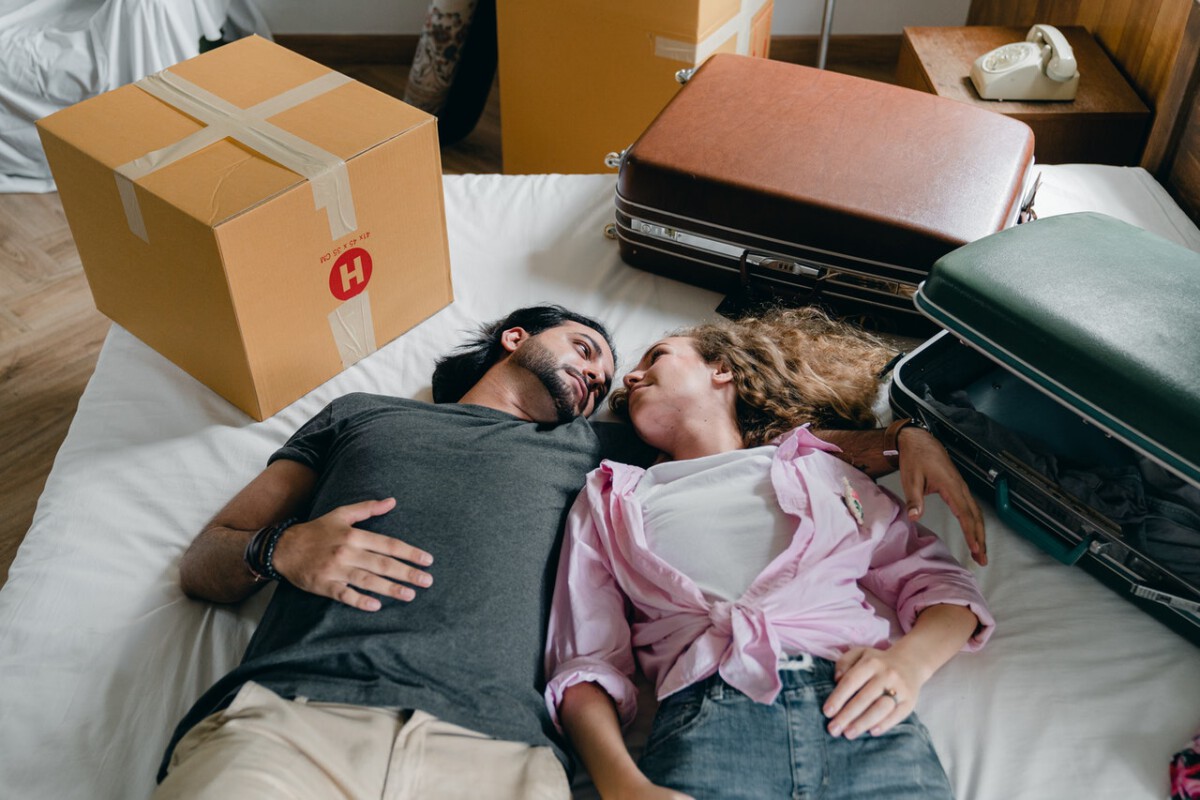 So you’re moving to the Netherlands with your other half? Maybe love has taken you to the Netherlands — you met a dashing Dutchie and you couldn’t leave. Or maybe you met them in your country and they want to take you back to their land of stroopwafels and windmills.

Either way, they all come with their own personal struggles (after all, you are moving abroad with your one and only!) Here’s our survival guide on moving to the Netherlands with your other half.

Moving to the Netherlands when neither of you is Dutch

So you decided to say “sod it,” leave both of your beloved countries behind and move to the Netherlands. Good on ya. Join the club. But here’s a few things to remember:

You won’t have a family support system

So you’ve moved here with zero friends and family in tow. You aren’t with a lovely Dutchie, so you’re pretty much starting from square one. Plus, the only way to acquire a family here is either to start popping the babies out straight away or persuading your family to move over (sorry, guys, this probably won’t work). You’re completely on your own in this new place.

It may seem scary, but honestly, you do eventually get used to it. Wanna know a plus point? You don’t have to be dealing with the mother-in-law and their family won’t drive you up the wall, because guess what, THEY AREN’T HERE. See, we can all switch our mindset when we need to.

You’ll want to escape from your partner

We all know that spending all day every day with our significant other is relationship suicide. This is especially true when you first move and are finding your feet. Moving is stressful, and so is finding work. What makes it even worse is if they really are doing your head in, you have nowhere to escape to. When I say ‘escape’, I don’t literally mean run away from our partners.

I mean when you go out for cocktails with the girls to have a little moan and the guy may go to a bar to watch the football with a few mates (definitely wasn’t stereotypical or anything) … Oh wait, you don’t have any friends — in fact, neither of you do! You can’t make friends within the first moment without having contacts. Seeing as you have both come knowing nobody, then how can you escape for a bit!?

Join a club, join a gym, join anything which means you can do something independently and gives you the chance to make some new friends. Living abroad can be hard without family and friends around, but doing something that you love gets you out of the house and stops you annoying at other at least.

If you move abroad for a Dutch person you’re in a completely new place, yet they can show you around. They can get you acquainted with the Dutch culture somewhat easier and they can give you the low down on the mundane parts of life in the Netherlands (such as rent, utilities, etc).

But when you move abroad together and neither of you are Dutch, you’re let loose to run wild, with no direction. You’re aimlessly living your new life not knowing what is going on and what people are saying to you.

Embrace it! If neither of you knows what’s going on, it’s almost funny. You can muddle through together and end up stronger on the other side. It’s amazing to share an experience that is different for the both of you, equally. Just make sure not to kill each other first, yeah? 😉

Moving to the Netherlands when your partner is Dutch

When you are moving to the Netherlands with your other half (a Dutchie), whatever you think it will look like, there is one thing you will get almost for sure: a new family environment.

The Dutch are usually very fond of their families, stay close and keep in regular contact. Once you join the picture, typically that’s a call to arms for your significant other’s family to support you in your new experience, sometimes to an extent that will really make you feel as if you changed planets, not countries.

Along with all the useful advice and help, you will often also be explained bloody obvious or truly unnecessary stuff  (“Here we do our boodschappen on weekends”. So, if I have the time on a weekday…is it a crime against culture? “We have health insurance here, you must get one” Nooo! Really?!).

Chances are that your Dutchie’s family is not aware (yet) of your culture or the societal structure of your country of origin, they are only trying to be useful and think of all the things you may need as a newcomer. Sometimes they try to think instead of you indeed, but they do mean good.

Be prepared for invitations to a bunch of birthdays and anniversaries, where you are expected to be present (this may include all the aunts’ and cousins’ personal celebrations). There are very few proper ways to decline. Usually, such gatherings are seen as spending quality time with the family, and this is very valued by the Dutch.

In this regard, also expect to be signed on the Christmas and birthday cards the family of your Dutchie is sending, along with the other family members. It doesn’t matter if you are not an actual family (as in married or in official partnership). This may seem a bit scary or pushy to you, but look it from the bright side — this is one of their ways to show you they accept you. Look, you’ve just gained another family, awwww!

Moving abroad is hard (with your other half in tow), especially when moving to the Netherlands with your partner. So whether you’ve gone together or one of you has joined the other, congrats! You’ve made it.

Let us know what it was like for you to move to the Netherlands with your other half in the comments!

Feature Image: Ketut Subiyanto/Pexels
Editor’s Note: This article was originally published in March 2018, but was fully updated in August 2020 for your reading pleasure.