A good love life in the Netherlands also requires some high-quality Dutch pick-up lines. So let us be your wingman (kinda) by teaching you some of the best ways to flirt in Holland. As there is only one way – the Dutch way!*

*Almost all other cultural ways of flirting are better than the Dutch way, we’re biased

The complete guide to pick-up lines in the Netherlands

The courtship process can be very complicated, yet exciting for homo sapiens. However, if you are not knowledgeable in the art of seduction, this might result in a dry evening, week, month, God forbid maybe even a year. The mating process can also be exceptionally difficult if your object of desire has already rejected or scared off all the other lingering predators. This is survival of the fittest!

But if you are in a desperate need of a mate, do not worry, because DutchReview and Learn Dutch have teamed up to help you turn that dry season into a fruitful one. We have selected the biggest DO’S and DON’TS of Dutch pick-up lines. Once you learn these fire sentences, your object of desire will definitely be DTF. Well, maybe. Hopefully! It doesn’t hurt to try though.

“Oh, DutchReview! How dare you assume that I need to learn Dutch just for my primary needs! This is despicable! #offended”

Well, we both know that if you clicked on this article, then you definitely need some help in your mating life. But don’t worry, we also have some pretty good tips on how to learn non-flirty (boring) Dutch. Just head on over to Bart de Pau at Learn Dutch! His website offers some amazing online courses that are easy to follow, and you choose when to follow them. You’ll speak all types of Dutch like a pro in no time!

So are you ready? Here are the 3 C’s of Dutch pick-up lines: Cheesy, cheeky and creepy! Are you from the Netherlands? Cause AmsterDAMMMN! Wooden shoe like to go out on a date? These Dutch pick-up line are so amazing that you’re almost being seduced by the article itself already!

As with any other language, Dutch losers also have a vast array of ready-to-use pickup lines that they can say, since they have no game. Here is a list of some cheesy pick-up lines that can straight out raise your sodium levels and give you a heart attack. The following Dutch pick-up lines were written while cringing painfully, just so that you – our dearest reader- know if you ever fall victim to such blasphemy.

For a better start in dating in Dutchland, best to watch this nice little video by Learn Dutch:

Now this pick up line is quite difficult to remember. But if it ever happens that you’re approached by a specimen of the douchious bagious and your ears suddenly start bleeding, then you certainly know you’ve heard this pick-up line. Just be aware that this species doesn’t react well to rejection, so you might want to let them down easily (despite the uncontrollable urge to punch them).

Now, if you ever hear any of these pick-up lines just call the police straight away. The person saying these might possibly be a serial killer or a kidnapper. Ok, we might be over exaggerating, but it is a crime itself to use such terrible pick-up lines…So you should still call the police. And if you’re into that type of creepy stuff, then you might need to see a doctor to treat your Stockholm syndrome (but we won’t judge). You go ahead and get your kink on!

Now not all pick-up lines are bad. If you actually want to make a good impression on a girl, just keep it simple. A small compliment will probably get you a lot further, than a cheesy Dutch pick-up line. The female species tend to like simplicity, so make sure to keep it that way when flirting. If you go overboard with your compliments, females will sniff out the bullshit straight away. So whatever you do, do not trip their ‘bullshit alarm’. So without further ado, here are a few simple compliments that won’t land you a knee in the private area (well, except for the last one maybe).

Now let’s be honest here – the male species loves it when you indulge their egos. So if you want to pick up a man, just shower him with compliments. The best part is that even if you bullshit, the male species can’t sense a thing. After the second compliment they will be too far gone, swimming in a pool of self-admiration. So go wild with compliments, no matter how outlandish they may be.

Now this part is very important. Because if you’ve actually managed to score a date, that means our Dutch pick-up lines have actually worked (not that we ever doubted ourselves). However, this also means that you have done something right and this is probably your best chance to seal the deal. Do not screw it up! Here are a few Dutch date phrases that will help you make a good long lasting impression.

Dutch pick-up lines: it’s all about the confidence

The most important thing about Dutch pick-up lines is saying them with confidence. Do not stutter or mumble like a foreign loser! Go up to that eye candy and confidently pick them up (figuratively) in Dutch. And if your accent was absolutely terrible, best case scenario you’ll make your object of desire laugh. And that is still a good thing, right? So you’re welcome! So that makes it official – DutchReview is the best wingman in the Netherlands.

If you need the TL;DR version, do not forget to watch our video on dating the Dutch!

But all jokes aside, learning Dutch will probably get you further in your Dutch love life than most of the Dutch opening lines above.

It doesn’t have to be expensive, or hard even, Bart de Pau from Learn Dutch helped us out with some lingual tricks in this article and he and his grand massive 84K subscribing Youtube channel of Learn Dutch will certainly help you along in the Dutch dating game!

Are there any other Dutch pick-up lines that you know of? Let us know in the comments below!

Editor’s Note: This article was originally published on 13 Sep 2018 but was updated for your reading pleasure on 14 February 2020. 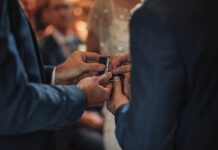 All you need to know about registered partnerships in the Netherlands 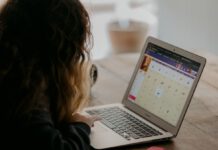