Activism in the Netherlands: Rising Together

Prior to January 2017, Tammy Sheldon — one of the organisers of this Sunday’s International Women’s Day Festival at Studio K in Amsterdam — was not an activist. Following that month’s fateful inauguration, however, like so many other determined, angry, hopeful, frightened people throughout the world, she took to the streets and marched.

It was on a train heading for the second demo in The Hague that, quite by chance, Tammy met and fell into conversation with Petra Benach, one of the founders of Women’s March NL. Following up on their long, impassioned conversation, Petra contacted Tammy and asked if she’d like to head up the Amsterdam chapter of this burgeoning international protest group. Tammy said yes. So within a couple of months of that first jubilant gathering, she was, officially, an activist, and suddenly she had an awful lot of work to do.

Pulling together and remaining positive

Most of Tammy’s Women’s March NL activities over the past year have consisted of organising local volunteers and meeting and getting to know other organisations. “There are activists who’ve been doing this kind of stuff for decades, and organisations that have been working hard in the dark without a lot of attention, so part of our work has been finding out who’s doing what in our local community, seeing how we might be able to help, and finding the connecting points. There are lots of different people doing amazing work and if we can get these people to come together, we believe we can make a greater difference.”

Like so many grassroots movements, the Women’s March is fuelled by the hard work and unrelenting determination of a global army of volunteers. For these volunteers, motivation is the easy part — they are driven by an overwhelming desire for social change and an end to inequality. What’s sometimes difficult, however, is remaining positive in the face of the establishment resistance to change. Difficult though it is, it’s also of paramount importance.

Tammy’s positivity is both tenacious and infectious. When she talks about the reasons she first chose to get involved, she talks about being upset by world events and not knowing what else to do with herself, but also of the overriding urge to be with likeminded people. Also, importantly, “the urge to do something inclusive and humane was very appealing”.

Doing nothing is not an option

Inclusivity and humanity were in abundance last March when 20,000 people came together and marched from the Dam to Museumplein. “It was the kind of collective energy that’s maybe not that common anymore in the Netherlands,” says Tammy. Although there was a very vital activist scene in the 60s, she feels that in general, the Dutch have become increasingly uncomfortable with the idea of making a public kerfuffle.

“That sense of being willing to stand up and protest is something that doesn’t come as easily here as it might, say, in France … Activism has a side that’s about yelling and bringing attention to issues and in this kind of culture that can be seen as grandstanding, or as too attention-seeking.”

There’s also the fact that comparatively speaking, most people still have it pretty good in Holland, so it’s perhaps understandable that in general, they’re less willing to rock the boat than people from less stable countries.

Having said that, there are also ever-increasing numbers of young Dutch people getting involved in the women’s movement and in activism in general, indicating perhaps, that in the current political environment, maybe it’s time to throw doe normaal out of the window. Tammy certainly thinks so. “Things are coming to a head,” she says. “This is a time to make noise!

“When we’re presented with some degree of catastrophe or some sort of societal trauma, it has a way of bringing together people who might not normally see themselves as allies … The scale of the challenges we’re facing at the moment is so enormous that the only way we’ll solve them is with an extraordinary amount of interaction and cooperation, and the only way that happens is that if we drop our barriers and understand that there’s mutual benefit in that interaction.

“So that’s the kind of long-haul conversation that we’re trying to have through Women’s March. For me, it’s in part a vehicle for transmitting that basic idea of humanity, compassion, and that to me is very real. It sounds like super-hippy stuff but it’s the basis of who we are, as human beings … the more we have these conversations, the more the idea of being humane is normalised. It has to be part of our common conversation.”

For activism to be successful, it must lead to concrete change, and it is with this in mind that Women’s March NL, in close coalition with the various other advocacy groups, such as PROUD (the Dutch Union of Sex Workers), has been developing a manifesto. Addressing issues of health, economic equality, representation and safety, the manifesto builds on existing research data, supporting documentation and expert opinion to focus on logical and practical policy reform. It will be introduced and discussed at the Festival this coming Sunday, and it is a crucial next step in the ongoing fight for inclusive social change.

“At the end of the day,” says Tammy, “we can all burn ourselves out by showing up at every protest and getting angry, or we can marshal that momentum, that energy, that desire for change and that people power, and turn it into changes that benefit all of us.”

That “all of us” part is really important too. It might also be worth pointing out for those of you to whom it isn’t already obvious that the Women’s March is not just about women.

“What we’ve tried really hard to do so far with the Women’s March,” Tammy explains, “is to work toward real unity, and promote real feminism. By ‘real feminism’ I mean not only looking at standalone issues for women, but addressing important issues that affect every aspect of society; issues that affect men, boys, and others, such as transgender people, as much as they affect women and girls; issues that affect people of colour sometimes even more, and we cannot ignore systemic issues of racism, and systemic issues that are based on economic differences … if we ignore those, we won’t solve any problems — it has to be a comprehensive approach. We rise together.”

So whoever you are, if you’re even remotely interested in getting personally involved in making the world a better place, rise together for International Women’s Day!

Previous articleXTC and Cocaine residue in Amsterdam’s waters: Highest in Europe
Next articleNumber of Europeans going to Dutch universities rises 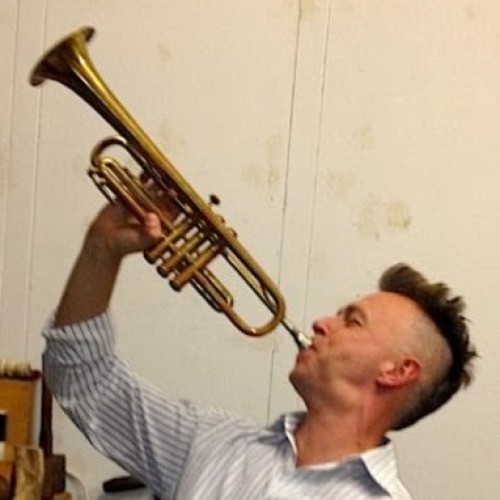 Karl Webster
Karl is guilty of journalism, novels, radio comedy, copious copywriting, dictionary definitions, shampoo-label guff and the almost true-ish autobiography of a man with a bag of elbows for a head. As a writer, he's been compared to Kurt Vonnegut and Irvine Welsh and was once accused of "hovering somewhere between Dostoevsky, Wodehouse and Adrian Mole".

Ever thought about taking yourself on a Dutch safari? No? Neither have we. But, if you were so inclined and...