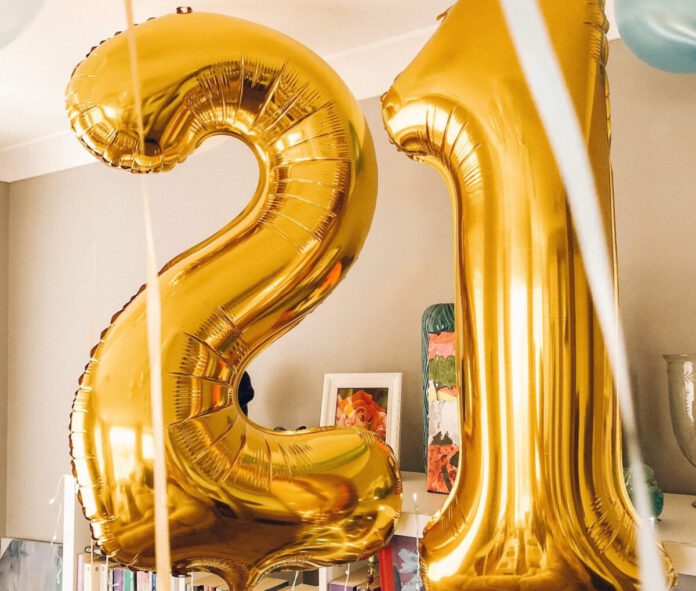 While Dutch culture itself is already quite difficult to understand sometimes, Dutch student culture can be even more niche. The elusive ’21-dinner’ is no exception to this.

Ever wanted all the embarrassing stories from your high school time, and all the worst stories from your university time recounted all in one evening? In front of your parents, siblings and friends? Well, then you’ve come to the right place in the Netherlands! Here, we like to celebrate the transition to adulthood with a lovely tradition called a ’21-dinner’, featuring all of the above.

Admittedly, the 21-dinner tradition is a fairly new concept in the Netherlands. If you were to ask an older generation of Dutchies what a 21-dinner was, they would probably stare at you blankly. But among students, the tradition (can it be called that already?) is becoming increasingly popular.

If you live in a student town, have student friends, or have children that are currently studying in the Netherlands, the chance is high that you’ll encounter one of these dinners sooner or later. Since we’re always ahead of the curve here at the DutchReview, here’s an explanation of this popularizing tradition.

Origins of an elusive tradition

Firstly, as you might have guessed by the name, the 21-dinner is supposed to be a celebration for your 21st birthday. According to Stielstra, who writes about the tradition in De Volkskrant, 21 is the new 18, and the 21-dinner tradition marks the turning point to adulthood. It’s a metaphorical bridge between your old and new life, and, laments Stielstra, hopefully, the turning point for when your children finally become financially independent.

@ddlovato I’m having my 21 diner party today and i’m a little nervous but ready! pic.twitter.com/9gR4E6LdmY

The origins of the 21-dinner are as unclear as the tradition itself. Some believe it came from the US, while others insist it’s been in Dutch culture for hundreds of years. More commonly, it’s thought that the dinner originated from Dutch student associations.

Generally, if you join a student association you get a jaarclub (year club), essentially a group of friends that joined the association at the same time as you. (Legend has it) that the original 21-dinner was supposed to be for members of your jaarclub to meet your old high school friends. While some of these original elements can still be seen, it’s taken a liberalizing turn from here.

So what are the essential elements?

Setting: your parent’s house (with your parents and siblings as the, sometimes unenthusiastic, caterers)

Guests: old friends from your hometown and new university friends

From these two main ingredients, it’s kind of free for all. Usually, there’s a ‘roast and toast’, meaning emotional speeches and embarrassing stories are recounted by all. Following this, there’s poems, scrapbooks, pictures, quizzes, songs, or essentially anything to glorify (or embarrass) the happy birthday boy or girl. It’s not a normal birthday, so every gift should be more personalized, nostalgic, emotional, or embarrassing. Definitely leave your generic bouquet of flowers at home.

Since jaarclubs are usually single-gender, 21-dinners used to be (and sometimes still are) with friends just from the gender of the organizer. As people outside of student association started adopting the tradition though, every gender can now be invited (yay).

Beyond that, you can get creative with a theme, dress code, and food. Usually, it’s supposed to be a fancy dress occasion. Although you might scandalise the original 21-dinner founders, again any liberties can be taken. Some people spend thousands of euros. An article written in the student newspaper DUB reported that “for some people, it feels like a wedding day, really an occasion to look back on”.

At the end of the night (in true student tradition), you go out in your old hometown with all guests. It’s a night of nostalgia, so visit all your old haunts!

The essential idea is unique, even if the practice can be different. A bridge between your old life and your new one. The aim is to share your different experiences with all those most important to you. It’s the thought that counts for this tradition, and how exactly you carry it out is up to you.

Have you attended a Dutch 21-dinner? Let us know your experiences in the comments below!

The Dutch are known for being direct, cheap, and innovative — but they can also be surprisingly cute!  We put our...