When I decided to pack my things and trade Paris for Amsterdam, little did I know of the uphill battle ahead. Harsh weather? Expensive health insurance? Geen probleem.

Disclaimer: this piece is based on personal observations. It in no way claims to be a universal truth about dating in the Netherlands

Dating in the Netherlands…

As much as I love exoticism and variety, I believe in eating local wherever I go, so Dutch men it is. Brace yourselves, girls, for two major obstacles shall inevitably pop up during dating in the Netherlands:

2. Dutch women. Say no more. They’re amongst the hottest creatures on Earth.

Still looking to hunt for a red-pants-gel-haired viking? Fair enough. Like their female counterparts, they’re quite exquisite. Dutch men are overall well-travelled, sporty and ambitious.

Yet it seems they’ve skipped the essentials when flirting is involved. A vast majority of them act like picky slow burners, to the point where interacting with a nice guy starts to look like rocket science. And this is where the hagelslag crumbles.

One genuinely wishes they would sell some dating lucky charms in all those souvenirs shops, because trust me, they would make a fortune by the time you’ve finished reading this article.

But before you even consider dating in the Netherlands, you should first consider learning some Dutch pick-up lines. Here is a very useful video that will help you with that in no time.

En route for the Holy Grail

Anyway. Due to the Dutch’s strong background culture of gender equality and tolerance, think 21st century and ditch gallantry. Period. Get ready to sweat, swallow your pride and go the extra mile: just like in North America, it’s a no pain, no gain policy. If you want something, come out and play, and more importantly, ask for it.

Welcome to step three: a proper twister mental game to somehow manage going on dates. Communication appears to be über clumsy and blurry, and it’s got nothing to do with the language barrier: Dutch boys are far from being open books.

Picture trying walking on eggshells in a thick fog, attempting to read massive knots of mixed signals without a map. The thrill, passion and surprises are sadly not an option. Sure, it’s OK to split the bill, and of course, we understand it takes time to get to know someone — but there are a lot of deadly mistakes along the way.

But come on… we’re not teens anymore and I refuse to turn into a love soldier. Who hasn’t heard “Dutch boys like it when you’re mean to them,” or “it only took us seven months to be officially boyfriend and girlfriend?” I thought they were supposed to be very straightforward.

Dutch lads are actually a very busy specimen that will plan everything in advance, and it seems like they had everything served on a silver plate when it comes to relationships. Which, remember, is a scary word to them. Do us a favour, do not use it. Do not.

We don’t mind not getting flowers, even after months of “seeing each other” and we’re not necessarily big fans of PDA either. That being said, there are so many other simple ways to keep the boat floating in most countries.

In the Netherlands, you’re landing onto several sorts of undefined layers referring to what’s going on between you two. Like the so-called “probation period”, a traditional pattern screaming “try before you buy” and “I might switch to a better option as soon as I can”. A grey area you’re better off not mentioning under any circumstances.

Dating in the Netherlands: Chin up, ladies, and handle with care

Limbo definitely has to come from the Dutch language, implying a kind of stress many candidates have failed to comply with. The hardest part is not knowing when you’re going to see each other next (hmmm… how about January 2023?) or if you ever will again.

Some go through the infamous “talk” just like in most English-speaking countries. In France, although it’s on its way to change, you’re either in or out of a relationship, simple as that. Smooth transitions to a naturally functional couple? Wrong country. And wait, how in hell am I supposed to keep my cool on the back of a bike with the rain and wind ruining my eyeliner and hairdo, considerably reducing my sexiness potential.

The funniest thing is that whether you’re an expat or a native, you will come up with quite unusual anecdotes on your next girls’ night out. Be ready for some serious nodding, solidarity and advice flying all across the room. Who does in this day and age, have time for games and doubts anymore when for instance, Tinder became so popular and socially acceptable here? Dutch dating websites are booming as well.

I met Marije, a young entrepreneur whose successful dating business ViaMarije brings back the good old-fashioned and trustworthy side in meeting someone. These trends prove how being in a relationship actually matters. Is the love game like Dutch cuisine, slightly bland but with strong possibilities to spice it up a bit? One pattern stands out from the bumpy process: re-adjust your standards and adopt the laissez-faire attitude.

But there is an upside

Looking at the bright side, discovering new social ways is also intriguing. Turns out it can even be soothing — yes — to go with the flow. It leaves you some personal space and freedom Dutchies are so deeply attached to. Keep in mind that there are many boats on the canals and that lots of happy Dutch/foreigner couples assert that once you’ve won the key to their heart, you’ve successfully reached well-deserved romantic heavens. After all, Willem did marry Maxima.

I hope we helped you with dating in the Netherlands 😘

What kind of experiences have you had while dating the Dutch? Let us know in the comments below.

Editor’s Note: This article was originally published in February 2017 but was updated for your reading pleasure in February 2021.
Feature image: StockSnap/Pixabay

Banking in the Netherlands: the complete guide 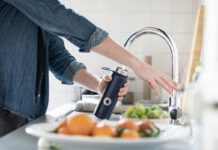