Are you relocating your fluffy best friend with you to the Netherlands? This will be one of those times where having a pet is like having a human baby – expensive and a lot of work.

Taking care of arrangements to move your pet could take up to 9 months! Crazy – we know, just like a baby again. It’s not as simple as it sounds and there of bureaucracy to get through before you get to take your little one home. Regulations differ if you are traveling from an EU or non – EU country, but no worries, we broke it all down for you. We’ve got everything you need to know about relocating your pet to the Netherlands below.

What are the regulations for relocating an EU pet to the Netherlands?

If you’re a part of the EU, relocating your pet to the Netherlands is still a lot of work – but a bit less. This includes dogs, cats and ferrets. Your pet must have hers or his EU pet passport (cute) issued by a veterinarian, as well as a microchip. The pet’s passport is both a certificate of health and proof that the pet is protected against various diseases. As it is a time-consuming process, for absolute beginners, it is better to start this at least 6 to 9 months in advance.

Also, the animal has to be at least 15 weeks ago and vaccinated at 12 weeks old. If you vaccinate it to fly, you must wait 21 days before moving (so do it with time!). They’re also pretty strict on rabies  – all animals older than 3 months must be vaccinated against them. The pet also goes through treatment again the parasite Echinococcus multiloculari. For this, the pet must be treated not more than 120 hours and not less than 24 hours before the time of entry into the Netherlands. Essentially, you’ll be very busy the days before you leave.

Despite the restriction of exotic and endangered species (which you shouldn’t even own), other animals such as rabbits, small rodents and birds do not fall under any regulations like cats, dogs and ferrets. YAY, you can bring your hamster without the hassle of bureocracy!

What are the regulations for relocating a Non-EU pet to the Netherlands?

UK pet owners might be facing an annoying task soon ?. The process might seem similar to relocating EU pets, but non-EU pets involve a bit more bureaucracy. The pet must also have a microchip and vaccinated against rabies before 12 weeks old, as well as treated for parasites.

However, other extra tests are involved like a rabies antibody titration test. All very scientific and complex – meaning pricey vet bills and lots of time spent. In addition, a vet has to issue a health certificate and declaration for your pet, which includes the code on the microchip, vaccination details, blood sampling details and details of the treatment against Echinococcus multilocularis.

Flying to the Netherlands

It is important to choose the right airline company as rules on transporting pets differ whilst relocating your pet to the Netherlands. On flights less than 10 hours, most airlines allow you to take one small pet with you in the cabin. For pets flying in cargo, you should purchase a traveling container that is ventilated and spacious, for your pet’s comfort. You can actually purchase a kennel at Schiphol starting at €60 (this is not available at Rotterdam Airport or Eindhoven Airport).

Again, details mostly depend on the airline chosen. For example, Transavia, charges €45 for you to take your pet with you in the cabin. However, the pet must be in a carrier or kennel and stowed away under your seat. You can’t open or move the carrier during the flight. No petting? Talk about self-control! Your pet can also go in the cargo hold with Transavia for €70 in a kennel that has to meet the legal requirements of IATA (International Air Transport Association).

With KLM, regulations are essentially the same, however, fees fluctuate from €30 to €200, depending on the destination. Also, if your pet is traveling as check-in baggage and the transfer at Amsterdam Airport Schiphol lasts 2 hours or longer, a fee of €200 is charged to cover the animal’s care during this period. Wow – pet care is expensive!

It’s also important to take care of your pet’s emotional needs, according to moving.com. As several animals experience travelling anxiety, you should try to de-stress your pet prior to the flight. It’s also important to maintain a routine the weeks before the flight, like with feeding and walking times. Give your pet some extra love and attention in the days leading up, as well!

Several owners give anxious dogs sedatives which should be provided by a veterinarian, but another way is making sure they exercise. A run or a walk prior to the flight is bound to tire your dog and make them rest on the flight.

Also, make sure your pet is comfortable in the container you purchased for the cargo, by letting your pet get accustomed to it for at least five days. Don’t forget to leave enough food and water in the container.

Having a pet in the Netherlands

For the Dutch, their pets are their babies. The Netherlands is extremely animal-friendly, making it the perfect place to bring your pet! Pets are treated like people, essentially. Dogs of any size are allowed on public transport including trams, metro, buses, and trains. Most hotels will even cater to dogs and restaurants rarely ever have a “no dogs allowed” sign, as it is in most of Europe. The nature in the Netherlands also makes it extremely pet-friendly. There are plenty of amazing dog parks in the Netherlands and some even off-leash where your pet can run around freely. The Netherlands even has dog beaches, like the one at Het Stenen Hoofd, in an old pier close to Amsterdam Central Station. Your pet will feel right at home!

Most than 200 municipalities in the Netherlands charge an annual hondenbelasting or dog tax. The price for the tax varies on the number of dogs and the municipality where you reside. This tax only applies to dogs and excludes other pets (even cats). The tax this year is an average of €76, with the highest dog tax being Groningen at €135, the NL Times reports. Around 30 municipalities have scrapped this dog tax as several see it as unfair since cat owners are not charged a fee. If you’re moving to Amsterdam, you’re in luck! As of 2016, the City of Amsterdam does not charge dog tax.

There are plenty of veterinary clinics in the Netherlands, make sure to choose the one you like the most! Ask around your neighborhood for a good “dierenarts” (veterinarian) or take a look at the official association of Dutch vets. Many vets offer drop-in services (along with appointments) and we also advise regular health check-ups, which your vet will encourage. Below are some animal hospitals and emergency clinics in the Hague, Amsterdam, Utrecht and Rotterdam.

In case of emergency, call an animal ambulance:

The Dutch love to spoil their pets! You’re in the right place for all kinds of pet services, including pet sitting, walking and grooming. Pet sitting services are widely available and can come in handy when you have to go away and leave your pet. Companies like pawshake and petnb have affordable prices and several trustworthy pet sitters to choose from. These also do your regular dog walking. With dogbuddy, you get these services and the dog sitter even sends you photo and video updates of your pet. However, dogbuddy is only availble in Utrecht, Amsterdam, Rotterdam, and The Hague.

Does anything hurt more than having a pet runaway? If it happens in the Netherlands, however, chances are you’ll get your pet back, particularly if your pet has a microchip. You can report your missing pet to the national chip database and make sure to call your local pound. Another way is by asking around you neighboorhood or sharing on social media. If none of this works, call one of the lost pet lines below to report your pet missing.

People’s experiences with relocating a pet to the Netherlands

Jeanne says that having a pet might make it more difficult to rent a property. She had to offer to pay a higher deposit to do so when she relocated her pet to the Netherlands. Katelyn says to remember that the microchips must be EU-chip readable and to check this with your vet. Most also suggested purchasing a secure kennel and making sure your pet has enough water to avoid dehydration. Gary says his three cats still haven’t gotten over the jet lag of moving from the US after almost five years. He says his cats couldn’t go to the bathroom for over 15 hours – wow! Karen says that flying from the US was very traumatic for one of her two dogs. Fortunately, she says that after they got over the moving ordeal, her pets were happy in her new home, like nothing happened!

Seems complex, but could be worse! In some places, you have to quarantine your dog for long periods of time before you fly ? So sad.

Are you relocating your pet to the Netherlands? Let us know about your experience in the comments, below!

Editor’s Note: This article was originally published on 2 May 2019 but was updated for your reading pleasure on 10 January 2020. 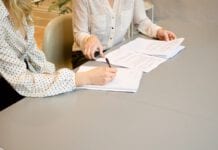 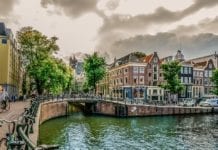 Why I will never leave the Netherlands