Expats who come to work in the Netherlands are often faced with both a culture shock and a language barrier.

The Dutch are famously blunt: expect your work to be criticized, regardless of your position on the corporate ladder, by some mumbling Dutchman without a grasp of proper English, claiming you’re “walking off the sides.”

READ MORE | Like a native: 21 ways to elevate your everyday Dutch phrases

It stands to reason then that you must be armed with some essential phrases for prospering — or at least understanding — the Dutch workplace.

Here’s all you need to know about speaking Dutch at work.

So you woke up Monday morning still hungover from a weekend-long bender in Amsterdam. You arrive at work half an hour late, wearing the darkest sunglasses you could find, hair a mess and clothes still smelling like tobacco (or something else…?) and beer.

While no self-respecting Dutchman would hold that against you, be prepared to face some backhanded comments if your work suffers under your evening activities.

Your colleagues may inform you that you’re “de kantjes eraf aan het lopen bent.” This translates literally to “walking off the sides” and is meant to convey that you’re dodging the hard work taking place in the middle, or at least doing your job half-heartedly.

He was so universally acknowledged for being a dishonest Ne’er-do-well that 500 years after being murdered for it, his name is still synonymous with a bad work ethic. No-one holds grudges quite like the Dutch.

Finally, there is “met de pet ernaar gooien,” which translates to “throwing the hat at it.” The phrase comes from a Dutch children’s game of yore, where Dutchlings would throw their hats at butterflies to try to catch them (the bug net was a late invention in the Netherlands).

Of course, the Dutch children usually failed in catching butterflies, as they are notoriously hard to trap by throwing headwear at them. The phrase has survived through the ages and now is used in the workplace to tell people off for being unwilling to put in the effort.

While the Dutch will definitely let you know if your work has been subpar, they’ll also gladly tell you how well you’re doing and to stick up for yourself.

The phrase “laat de kaas niet van je brood eten” is an example of this and roughly translates to “don’t let them eat the cheese off your bread.”

If someone tells you this, it means you should take credit for your work rather than letting someone else get away with honour which should be rightfully yours!

“De handen uit de mouwen steken” is a phrase you’re likely to hear when your colleagues are running around in a panic because of that one deadline which seemed so far off, yet is now by some arcane magic due tomorrow.

READ NEXT | Do I need to speak Dutch to work in the Netherlands?

It is also one of the few phrases which has an equivalent in English, similar to “roll up the sleeves.”

Have you been practising speaking Dutch at work? Let us know in the comments below!

Feature Image: CoWomen/Pexels
Editor’s Note: This article was originally published in August 2017, but was fully updated in March 2021 for your reading pleasure. 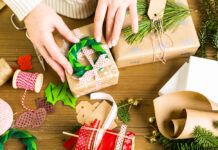 9 sustainable gifts to give this holiday season 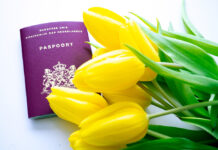 How to get Dutch citizenship in 2022: becoming a Nederlander