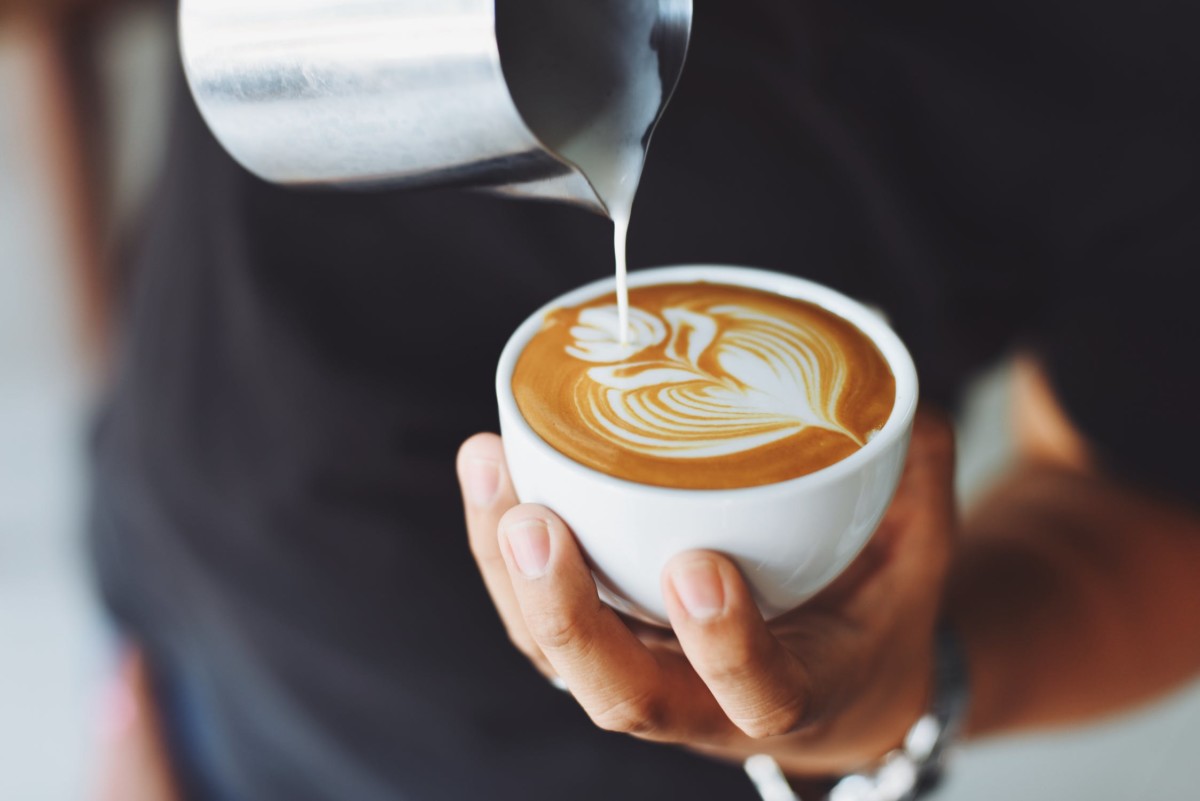 Picture this: You and your dear friend are basking in the morning sun with the sweet sound of opera playing in the background. A well-dressed and well-mannered waiter brings you a perfectly crafted cappuccino. The coffee is of course accompanied by a complimentary glass of water (you don’t even have to ask) and a cookie – probably a cantucinni. When the intense flavours hit…

Wait! What the hell am I writing, this isn’t the ItalianReview! (there would only be sleazy Berlusconi stories and football) Forget about this sophisticated coffee experience.

First of all just like in Italy, coffee is an essential cornerstone of our culture. It sneaks up on you like a hardcore Zwarte Piet: black and stereotyped liked hell. Let’s start with the cheapest variety on the matter:

Take a random coffee machine , get some pre-ground coffee (in the Netherlands, the existence of coffee in the shape of beans was denied until the 1990s), take a filter and a shitload of water. Wait 5 to 10 minutes. You’ve got yourself a can of filter koffie, the most typical Dutch coffee in my opinion.

If you have to grind the coffee yourself we recommend the KRUPS found here. The taste can vary from ‘pretty nice’ to ‘OMG where is the spitting bowl?!’ It does have it’s merits though; fresh coffee can make the house smell really nice. And you can make a whole lot of coffee in very little time. Actually that’s the best thing about it. Where an espresso can take some time to make and will only get you 2-3 sips, this coffee can last you all morning with multiple people.

There are two brands that will be forever part of the Dutch coffee culture: Philips and Douwe Egberts. They teamed up and from the darkest corners North of the Wall they got the idea to make the Senseo-machine.

It’s easy to get a fluid product from it and the machine looks nice. However, the taste of it can’t be further removed from how coffee is supposed to taste. It’s being all watery and bland. The pads cost a lot as well because ‘monopoly’ but there are now of course fake pads going around in the supermarket (surprise: these suck even more!).

And heavens behold, there was even a scandal with Douwe Egberts when it was discovered that they actually put less coffee in their pads than they stated they did.

Your cheap hairdresser, people with no taste, several acquaintances and relatives of mine who I have just thoroughly insulted by this segment, cheap Dutch people with a mentality of ‘Oh Leuk! Gezellig!!’

Granted, it actually took some time for the fancy schmancy coffee labels to penetrate the Dutch market. And true, I’m somewhat of a hypocrite (only somewhat, like everybody else) having enjoyed one or two Moccalattefrappecino in my time. But now they’re f’ing everywhere in every general Dutch city.

Because of our own coffee culture in the Netherlands (and since we’re of course in general too cheap and stingy to buy a product resembling the thing we call coffee for 4.70 euros) Starbucks and shops alike struggle to get a foothold in the Netherlands. But they are here now, and damnit, their invasion is getting more and more troubling.

Hipster coffee shops seem to be divided in 3 different camps. First there’s Starbucks, then there’s the Coffee Company and then there are a bunch of other little shops. And yes, like I said, a Moccalattefrappecino can be enjoyable but more as a dessert or a sweet treat or access to free WIFI (damn you stereotypes). But dammit Holland! It has nothing to do with coffee. Shit, we already had our very own hipster coffee shops, what was wrong with these ones?

Oooh classy design, not that Dutch at all, maybe Italy will allow this into their coffee culture.

Aspiring writers, students, douchebags, people who say they like coffee but don’t actually like coffee, people who need WIFI, poor guys along with their girlfriends for a ‘fun day out’.

Actually those were the only three things of the Dutch coffee culture that came to mind at first. I doubted at writing a full part on the infamous Dutch circle party and their horrible use of coffee instead of liquor. But while googling on Dutch Coffee, I came across something called – wait for it – Dutch Coffee.

So the plot thickens and as it turns out, Dutch coffee is not just a synonym for Senseo or filterkoffie. Turns out that in Korea and Japan scores of people drink an ice coffee and refer to it as ‘Dutch Coffee’. Turns out it is one of those things that the VOC gave us, after also introducing us to Colonialism, slavery, the concept of stock-trading and nice canals in Amsterdam (see it’s not all bad).

So since I don’t want to be running a website which just reviews stuff without actually tasting or trying it, I actually got myself a bottle of this Dutch Coffee.

It tastes cold (duh!) and actually really intense and sweeter than the normal bitter taste of coffee. The sweet taste has something to do with the slow filtering-process and it also doesn’t expire as fast as regular coffee, so you can actually store bottles in your fridge. As an after effect I even got a good kick out of it. So all was good. Looks like this will be the new coffee for the summer of 2019.

Asians, Leienaren and extreme avant-garde hipsters (Drink it before it’s mainstream! – but while it’s still cold)

How do you like your coffee in the Netherlands? Wanna add to it? Leave a comment below! or if you just want to shout at me for these bad bad jokes then follow me on Twitter!