9 things to know before coming to the Netherlands: a survival guide

The Netherlands is a wonderful place to live, especially for internationals. But that doesn’t mean there aren’t inexplicable, strange, and extremely important things you need to know before moving here.

I have now lived in the Netherlands for many years, and can honestly say that it is an amazing place. It has beautiful cities, a laid-back pace of life, and friendly people, and on top of that, it’s rated one of the happiest countries in the world!

However, as for many expats, moving here was also an overwhelming experience. New traditions, customs, habits and on top of that, a whole new language.

Blending in with the Dutch

What is the correct way to act in order to blend in with the Dutch? What situations should be avoided? What the heck is going on, and how can I possibly survive?

It was a lot to take in, and almost every international goes through it.

Luckily, during many years of living in the Netherlands, and writing about my experiences on my blog, Accidentally Dutch, I have learned how to navigate some of the most confusing situations (mostly by falling headfirst into them).

9. The country isn’t called Holland (apart from when it is)

When talking with a Dutch person, never refer to the country they come from as Holland. It is called the Netherlands. Holland is only a part of the country (two of the western provinces to be exact).

The Dutch are very adamant that their country is called the Netherlands. It is not called Holland… Never!

READ MORE | What’s the difference between Holland and the Netherlands?

…Unless when they’re supporting their country in an international sporting event. Then they will be shouting, “Hup Holland hup,” as if their lives depended on it.

The Netherlands is a country well known for cycling. It’s a large part of Dutch culture and identity. Bicycle safety? Not so much.

The Dutch have been cycling for so long (and have become so in tune with their bicycles) that they don’t understand the need for bicycle helmets. Anyone who wears one stands out as odd.

That’s why wearing a bicycle helmet is not considered a good survival tip, in the Netherlands at least. If you want to blend in with the locals, it’s best to forgo the protective headgear, and don’t even think about wearing a high visibility vest.

In addition to not wearing a bicycle helmet, it’s important to learn how to bike. You might think, “I already know how to bike,” but trust me, you’re wrong.

You might know how to propel a bicycle through a peddling motion, but you don’t really know how to cycle — not like the Dutch.

Cycling in the Netherlands means you can cycle with your hands in your pockets, while towing a second bike alongside yourself, or confidently give someone (adult or child) a lift on the back of your bike.

It means you can cycle while transporting any number of weird and wonderfully large and impractical objects, or all of the above at once.

There are many Dutch treats that are a delightful experience to discover. Stroopwafels, hagelslag, poffertjes, to name but a few. When you try them for the first time, you’ll wonder how you ever lived without them.

On the other end of this spectrum is drop — a small black sweet that would be the equivalent of liquorice in other countries, if it wasn’t for the extreme, insanity-inducing salty taste.

I can only assume that Dutch taste buds have evolved to withstand it because they love the stuff.

To be fair, there are less extreme tasting varieties of drop, but it’s the double salt varieties that the Dutch enjoy offering to expats, so they can watch their shocked reactions.

If a Dutch person ever offers you this black little sweet, do not accept it. In fact, it is probably best to cut off all contact with that person from now on. They can clearly not be trusted.

5. Forget everything you know about queuing

Maybe it has something to do with Dutch directness. Maybe everyone’s in a rush. There’s no way of knowing, but one thing is obvious: the Dutch don’t queue (at least, not in the same way as us obsessive-compulsive Brits).

Any attempt to board a train, tram or bus quickly descends into chaos, as everyone crowds around the open doors and tries to force their way through before all the available seats are gone. When queuing in the Netherlands, there are no rules. Only survivors.

4. Don’t panic if you hear an alarm (as long as it’s on the first Monday of the month)

On the first Monday of the month at noon, a loud alarm rings out across the whole country. It’s an ear-splitting sound, reminiscent of an old air-raid siren. It sounds like you should definitely run and hide, and yet, the Dutch don’t react to it at all.

That is because they know it is simply the monthly test of the nationwide alarm system (which is designed to warn people of a sudden emergency), and nothing else.

The test always makes it easy to spot tourists and newly arrived internationals. They will be the ones with a look of absolute terror and confusion on their faces.

As for what happens if there is a real emergency on the first Monday of the month at noon… No one really knows.

3. Learn to fake speaking the language.

Dutch is an extremely difficult language, a fact the Dutch seem to take great pride in. When a Dutch person hears that you are trying to learn their language, they will gleefully explain how it is one of the trickiest languages in the world. Fun!

READ MORE | Living in the Netherlands without speaking Dutch

So naturally, it’s much easier to learn how to fake-speak the language. During a Dutch conversation, simply nod and smile a lot.

Occasionally, interject with the word ‘dus‘ or ‘ja zeg‘ in agreement. You’ll sail through that Dutch conversation without issue (as long as they don’t ask you any questions they expect an answer for).

2. Have throat soothers with you at all times

If you attempt to learn the Dutch language for real, be prepared to have a sore throat for a few months as you try to master some of the more difficult sounds.

That’s another point of pride for the Dutch: that their language includes a lot of sounds that cannot be found elsewhere.

In Dutch, the sounds created by the combinations of the letters ‘ie’, ‘ou’, and even just ‘u’ are very difficult for a non-Dutch person to get right (or even hear how they’re getting them wrong).

However, it’s the ‘g’ sound known simply as ‘the hard g’ that causes the sorest throats amongst non-Dutch people.

It’s hard to describe the sound it creates in writing. However, when most non-Dutch people attempt it, they sound like they’re choking and in need of the Heimlich manoeuvre.

1. Don’t get your hopes up when you’re invited to a Dutch birthday party

When you’ve made your first Dutch friend and get invited to their birthday party, you might get very excited, and you should be. It’s a great honour. Buuut you really shouldn’t expect too much.

You might have envisioned an off-the-hook party, a night of music, dancing and drinking, but the reality is usually very different. You won’t be dancing. You’ll be sitting in a circle chatting.

And finally… doe normaal! Whatever that means…

What are your survival tips for life in The Netherlands? Tell us in the comments below!

Editor’s note: This article was originally published in April 2020 and was fully updated in August 2022 for your reading pleasure.

Feature Image:Stuart Billinghurst/Supplied
Previous article
Seagulls in the Netherlands: villains, yet protected by law
Next article
Not over yet: first heatwave of the year brings tropical temperatures to the Netherlands 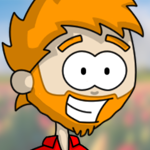 Stuart Billinghursthttps://accidentallydutch.com/
Stuart is an accident prone Englishman who has been unintentionally living in the Netherlands since 2001. Over that time he has learned to love the Dutch (so much so that he married one of them) and now calls the country home. He started his blog Accidentally Dutch (first it was "Invading Holland") in 2006 as a place to share his strange stories of language misunderstandings, cultural confusions and his own accident prone nature.

Biking in the Netherlands can seem daunting at first. Though, once you’ve taken off your training wheels, you'll find that...
Financial