Broaden your horizons and speak Dutch outside the Netherlands! And is Flemish the same thing?

So you thought Dutch was only useful in the Netherlands? Wrong! Dutch is a global language. You can also speak it in Belgium.*

I found proof of this when I moved to Brussels almost a year ago. It was nice to find out that all those hours spent learning Dutch in Amsterdam were not wasted! Throughout the whole of Flanders, I could continue saying mag ik een biertje with impunity. So much the better, as Belgium is home to many top-notch beers.

The following is a meander through the findings of my undercover Flemish investigations.

The Dutch that is spoken in the Belgian region of Flanders is known as Flemish or Vlaams. It is compatible with Netherlands-Dutch. Like UK/US English, there are some differences in pronunciation and word choice. Mostly though, native speakers from Belgium and the Netherlands are able to understand one another without much effort.

Flemish is only one of Belgium’s three official languages. The others are French and German. Brussels itself is mostly French-speaking. But hop aboard a train to Leuven, Ghent or Bruges and suddenly you’re back in the Dutch-speaking world, able to try out all your favorite Dutch phrases on the unsuspecting Flemish population. Lucky them!

Remember when you spent all that time learning the differences between formal u and informal jij? Forget them! In Flanders, you can say u to anyone. Even close family members.

This doesn’t mean that the Flemish are more uptight, though. Similarly, in English the formal you has become the universal form of address, while the informal thou has died out. This makes talking to people in Flanders much easier, because you only have to know how to conjugate the u form of the verb. (I won’t mention those parts of Flanders where they use ge as a whole separate form of address…)

We all know that adding the diminutive –(t)je to a word in Dutch makes it small or ‘cute’, right? Well in Flemish you can add –ke­ instead. Liefje becomes liefke, stukje becomes stukske, balletje becomes balleke. You can stick it on the end of most words. Try it. Do it now.

One thing a Dutch speaker should never do in Belgium is order a serving of patat. Belgian fries are called friets or frietjes, and you buy them at the frietkot. Asking for patat will get you a glare.

Where does the term ‘French fries’ come from? One theory is that the name was invented by American soldiers stationed in Wallonia. These soldiers started calling them ‘French’ fries, because the people selling the fries spoke French. In fact, they were actually Belgian fries.

In Flanders lekker is used with much more discretion than in the Netherlands. In Flanders, do not describe the weather as lekker, or a song as lekker, or your weekend in Bruges as lekker. In Flemish, lekker is only used to describe food or drink or, apparently, sex.

Lastly, if you end up falling for a Belgian, you can tell them so with the typically Flemish phrase ik zie u graag. This means ik vind je leuk. Aww.

Want to learn some more Dutch, or Flemish?

I’m not sure if they can teach you all the subtilities of Flemish, but the good people at Flowently sure can teach you proper Dutch.

Don’t want to look like a fool in Belgium while juggling between Dutch and English? Don’t want to sit in a classroom and boringly learn when to use ‘Frieten’ or ‘Patat’? Flowently might be the way to go then. They’ll take you into the wide Dutch/Flemish world and teach you to speak proper Dutch in a realistic context. 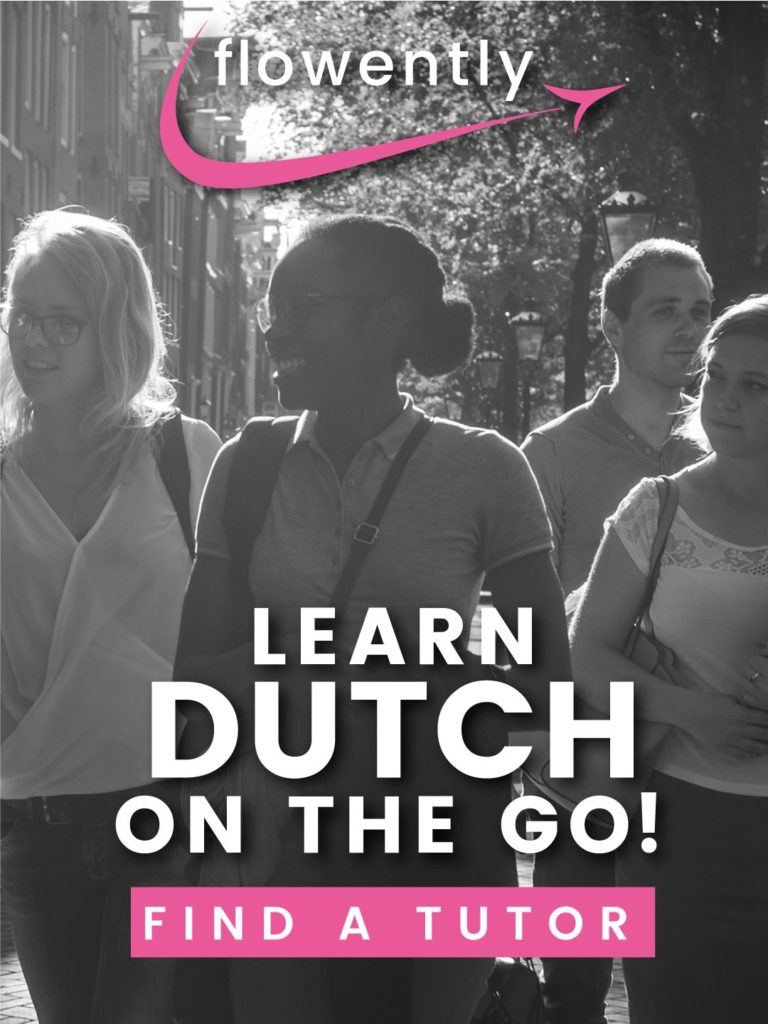 That’s all for now, more fun Flemish facts next time!