This is what is different in the Netherlands in 2018 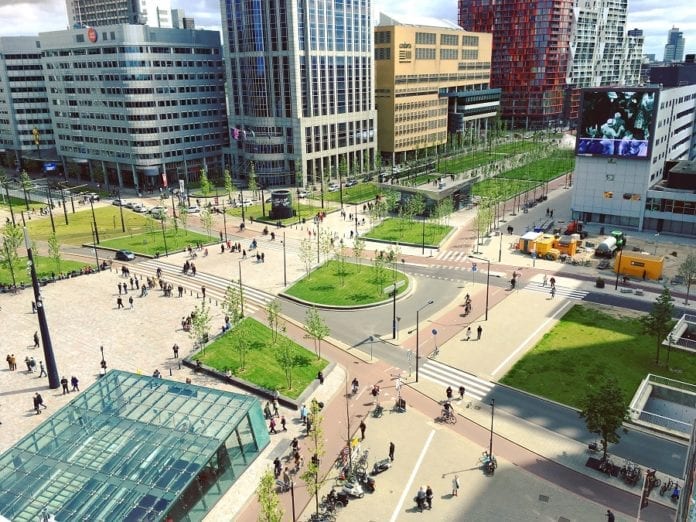 Laws, income and regulations – this is what’s new and changing in the Netherlands in 2018 when it comes to money, living, working and everything else.

Let’s start with what matters the most to Dutch people: money!

Income and wages in the Netherlands in 2018

After years of declining prices, the energy bill will increase this year, which can mean that an average household will have to pay up more than 100 euros in extra costs. Prices are rising due to the increased demand for gas and electricity from companies (because of the economic boom (jeeh?!))  but also through tax measures to stimulate the use of sustainable energy.

A train ticket is also more expensive in 2018. The NS has increased prices by 1.2 percent. Postage stamps are also becoming more expensive. From now on you pay 83 cents instead of 78 cents for sending a letter or card.

Living in the Netherlands in 2018

Starting today, you will have to use more of your own money to buy a house in the Netherlands. If in 2017 you could borrow 101 percent of the value of the home, in 2018 this would drop to 100 percent.

There is also a change for the Homeowners’ Associations (VVE). About half of those VVEs save too little money. Because this can lead to overdue maintenance of, for example, roofs, facades and elevators, the government wants every VVE to keep a compulsory piggy bank for the maintenance of the building.

The Netherlands is bigger in 2018

And in the Netherlands there are 8 municipalities less from 1 January where you can live. Due to municipal reclassifications in Gelderland, Groningen and Friesland, our country now has only 380 municipalities. The number has been decreasing for years, in 2008 there were still 443.

Working in the Netherlands in 2018

We have to keep working longer. The AOW age has increased further. From 65 years and nine months to 66 years – I think this doesn’t concern you if you’re not a Dutch national – we really have to write a proper article about this in 2018.

For employers, it is made more attractive to employ young people, the elderly or people with work disabilities. The premium discount they receive for this is now automatically arranged. That saves a lot of administrative hassle for employers.

Actually, owners of dangerous dogs were to be obliged to take a course with their dog from the 1st of January. There would also be a breeding and import ban for these high-risk dogs. But these measures have been postponed for the time being.

Childcare & schools in the Netherlands in 2018
All playgroups are now called nurseries. This means that they must meet the same quality requirements. And the parents who use it are also entitled to childcare allowance.

At all childcare locations, there must always be at least one adult present who has a special children’s first aid certificate. Each child also receives a permanent mentor, which the children and parents can ask questions about. And employees who work with babies must receive extra training.

Previous articleTop 2000: Enter the New Year with the biggest hits of all time!
Next articleDoei doei! Leaving the Netherlands – 7 ways to deal with emigrating from the Netherlands

Life in the Netherlands as an international is pretty great — but armed with these top apps it can be...
Read more

It's clear that here in the Netherlands, people are ready for a holiday. So much so that an upcoming trial vacation to Gran Canaria...

Life in the Netherlands as an international is pretty great — but armed with these top apps it can be even better.  Check out these...
Current Month