All public gatherings until the 1st of June are now forbidden 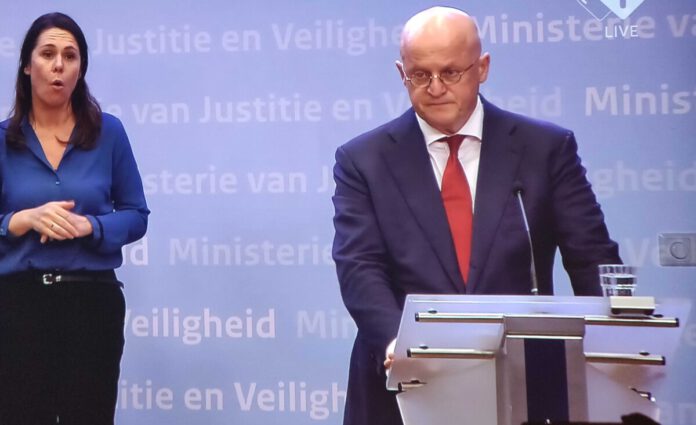 Justice minister Grapperhaus just announced this in a press conference with Prime Minister Rutte and his fellow ministers Van Rijn (Medical Care) and De Jonge (Public Health). The measure will be enforced with fines, Grapperhaus said. Mayors are getting far more power than they have now to shut down public gatherings.

“I realize it will hit hard,” said Grapperhaus. “You are really looking forward to these things. But if we want to check [the virus], we have no choice.”

New corona measures in The Netherlands till June 1:
– no social gatherings and events at all
– people or companies who don’t follow the rules get a fine or punishment
– if one person has a fewer, all family members living in that house have to stay at home

People ignoring the RIVM-measure was the final straw

Ministers met this afternoon for crisis consultations. Rutte said that it was necessary to double down on the existing measures, because he still sees too many people who do not comply, including keeping the rules 1.5 meters apart. “My mind dwells on the crowded beaches of the past few days,” he said.

So King’s Day on the 27th of April, forget about celebrating that like we usually do. Festivals and Easter are also to be celebrated on a small scale. And this is especially sad for the 4th and 5th of May commemoration and celebrations.

There’s an exception for funerals, more details will follow later regarding this exception. You’re still ok to meet in the privacy of your own home Grapperhaus said.

Summary of the press conference

For all of you people who just want the quick version, here is a super concise summary of the new information and regulations we got from the press conference tonight:

Previous articleSocial distancing now will change our world in the future: here’s why it’s so important
Next articleRemembrance Day and Liberation Day, as we know it, cancelled due to coronavirus measures