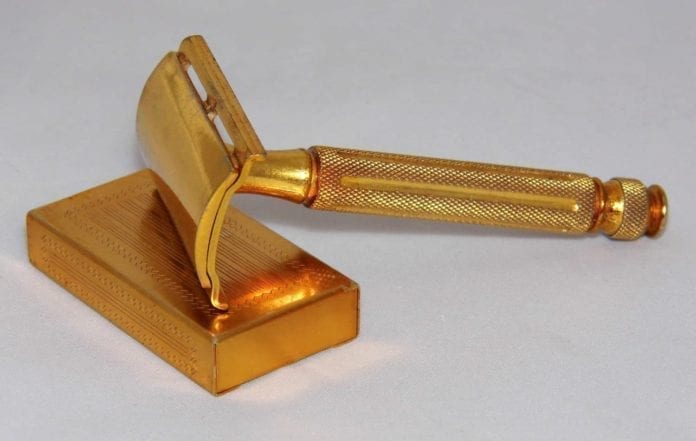 P&G, it’s the manufacturer of products you undoubtedly use such as Always, Oral-B, Pampers and last but not least, Gillette – “The Best Tax Deal a Man Can Get!”. As we’ve learned today the Dutch Revenue Service (Belastingdienst) has given Procter & Gamble a 676 million dollar tax deal by allowing to ship some of that sweet cash overseas, without any taxation, to the Cayman Islands. Nice! For them…

Twenty-Three Brands – Each Making a Billion Dollar a Year.

P&G is one of the biggest manufacturers globally, with many of the internationally most recognized brands – which has built them an empire of household names, twenty-three of which generate a billion dollars per brand annually. You would think they could afford paying their taxes, and that the tax department would kindly request them to do so since, well, everyone needs to pay their taxes! Even if you make barely above minimum wage – you better not screw around. Because the Revenue Service is eyeballing you, punk. Unless you’ve got plenty, of course.

As it turns out an over-eager tax inspector with the local Rotterdam Revenue Service met with P&G in 2008 and ruled, by his own accord, that a special deal was justified and undoubtedly sent off the P&G legal/financial team  giddy and excited. They probably made out in the car on their way back to the office, you’ve got to release that excited energy somehow after slam dunking 676 million dollars into off shore tax havens.

Perhaps the inspector was convinced after stuffing his face with a free lifetime supply of Pringles and enough Pampers to last through the diarrhea episode that comes after. After all – he did a good job by allowing a megacorporation to syphon off more money at once than most regular companies generate in their entire existence. Unfortunately, he was supposed to pass these rulings by a special committee first, instead of using his own authority, especially given that the Dutch Revenue Service has lost income for the sum total of 145 million. That might not sound like a lot but the average person generates just about one million over their whole lifetime – that’s from your first job ever till the day you retire. So that equals to 145 people working a lifetime now lost in taxes, while – as we said earlier – you will personally run into trouble with the Revenue Service for pennies when you make next to nothing. Very balanced.

The Tax Revenue Service has also stated that they’re not sure if local inspectors have more often given such deals, maybe one of those nice banks booming in Amsterdam? An international law firm somewhere in the Hague? Who knows? Not the Tax Revenue Service, that’s for sure!

All of this came forward in the Paradise Papers, a leaked document with all the names and data of firms, and wealthy individuals, who are avoiding taxes and responsibilities by off-shoring in, you guessed it, tropical paradise! The Carribean are valhalla of tax avoidance and the Dutch are eager to join in, scooping up bits and pieces from the mind boggling amounts of money stored on the tiny islands.

Procter & Gamble is in excellent company however, Queen Elizabeth has also stored money there, as has Formula One champion Lewis Hamilton, Apple, Nike and Uber. Many of them with the help of Holland, because who cares about the big fish paying their share if you can squeeze out the little fish with much less effort? Thanks, Belastingdienst! Looking forward to that next blue envelope!

Previous articleZwarte Piet in 2017: Amsterdam drops a bomb with this new version of Black Pete
Next articleThis is NOT a terrorist attack in Amsterdam!