The European Union: let’s try to make some sense out of it 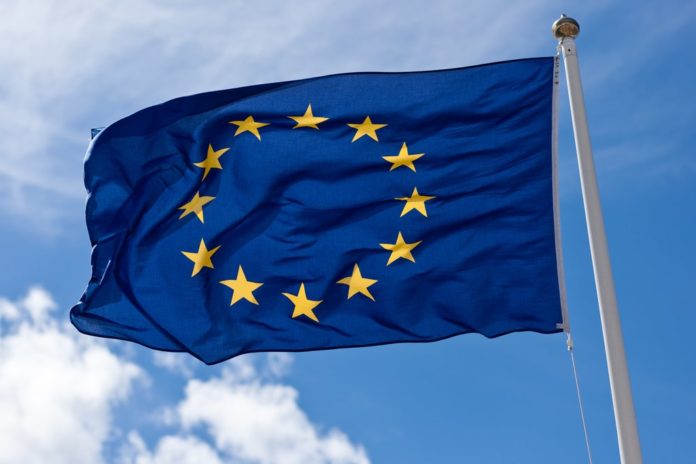 Lately, we saw a rise of populist politicians. Here in the Netherlands with Geert Wilders, in the UK with the Brexit, in France with Marine Le Pen, and so on and so on. Those parties have one thing in common: they do not like the European Union and want to leave it. As a lot of the DutchReviewers tend to feel very European, I thought this was the perfect timing to take the time to explain what the EU actually is.

A lack of communication?

Recently, I was at a conference at the French Ministry of Foreign Affairs (sounds fancy, I know) to celebrate the 60th anniversary of the Rome treaty. After debating about what the EU provides to European citizens, there was a discussion about what could the EU do to improve the whole situation. Of course people wanted more efforts on the labour market, some wanted the citizens to be more involved, some wanted to restore border controls… I personally thought that before any of this, the EU had to do one thing. A very simple thing and yet often overlooked: communicate about what the EU is. Born and raised in France, one of the six countries that greatly contributed to the creation of the European Union with, first, the creation of the European Coal and Steel Community (with the Netherlands, among other countries), I never really studied the EU before my third year of bachelor in political science. I consider myself as an educated person (you know, the French and their ego…), and yet I don’t really know what the EU is. And I’m pretty sure I’m not the only one. This article is the perfect opportunity to catch up.

The European Union: what is this exactly?

The European Union was officially created with the Maastricht treaty in 1992. Yes Dutchies, the EU exists thanks to you. Back then, there were only twelve countries. For now, there are 28 countries in the EU. Soon, however, we will only be 27 as the UK is leaving us.

The European Union didn’t appear from nowhere, it is the result of a long evolution. The first step, as mentioned previously, was the ECSC. And in 1957 (I will try not to bore you to death with too many dates and boring details, history graduate writing here…) was the Rome treaty creating the European Economic Community with a common market. The main goal was that, by making countries cooperate economically and be kind of interdependent, they would not fight each other. There were six members: Germany, France, Belgium, The Netherlands, Luxembourg, and Italy. As more and more countries joined, the community wished to accomplish more than simply being an economic community. With the Maastricht treaty, countries agreed on having common politics in terms of security and diplomacy, as well as a judicial cooperation.

Nowadays the EU also works on environmental issues, health, migrations, justice… It became way more than just an economic cooperation. And the main goal was well achieved: we have been living in peace since WW2.

The Eurozone, Schengen… Let’s complicate the situation a bit

All of this shows that being a member of the EU doesn’t oblige countries to join treaties, they can join or refuse. Everything is negotiated, both by governments and commissioners, but also by representatives.

As any organization, the EU also has institutions. As I’m doing my best not to be too boring, I will briefly describe the main ones. Google is always here to help if needed.

The European Parliament is the law-making body, and is composed of 751 MEPs who are directly elected in each country. Although this is not the election with the best turnout ever, with only 42.6% people voting in 2014. Outch. Which is sad because they actually do things, mainly voting laws that will apply in the whole EU.

The European Council (which is not to be confused with the Council of the European Union) is composed of the heads of state or government of the EU members, the President of the European Commission, and the High Representative for Foreign Affairs and Security Policy (how fancy does that sound). They decide the EU’s overall direction and political priorities, but they do not pass laws.

The Council of the European Union is composed of government ministers from each EU country. They coordinate EU policies, discuss and adopt laws, so they are the main decision-making body with the European Parliament. Together, they adopt the annual EU budget. They also conclude agreements with other international organizations or countries. Basically, they have a lot of power.

The European Commission is composed of 28 commissioners, one for each country. They propose new laws, manages EU policies and supervises EU funding. They also represent the EU internationally, which sounds like quite a nice job.

Lastly, the European Central Bank is, as its name kind of describes, the European bank. They set the interest rates, makes sure that financial markets and institutions are not messed up, also makes sure that payment systems work well, and more generally they manage the euro and conduct the economic and monetary policy.

The most obvious one: the European flag, with the circle of yellow stars on a blue background. Unlike the stars on the US flag, they do not represent the number of states (although considering there are twelve, I do think it was linked at some point), but the circle represents unity, solidarity, and harmony. Yes, all of this. The European anthem is the Ode to Joy, by Beethoven, and the European motto is “United in diversity”. And every May 9th is Europe day. This day marks the anniversary of the Schuman Declaration, a speech during which he expressed his idea of a political cooperation between European countries so war would never happen again. I have to say, I do like the European symbols as they are very positive. And we all need more positivity around.

Now small fun fact, to bring it back to the Netherlands: on every euro notes, there is a bridge that is to represent the link between European countries (more positive symbols!). Those bridges were not actually real to avoid rivalry between countries, until a Dutch architect, Robin Stam, decided to reproduce them. And those bridges now exist and they are in Spijkenisse, near Rotterdam!

Previous articleMigrating Happy: Good Times with the Dutch Government
Next articleTrump money laundering in the Netherlands: Paper trail could be the end

Here’s where you could vacation in Europe this summer

Flatness of the Netherlands making you flat inside? Think you're better suited to sunning on a riviera than shivering by...