KidsRights wants compulsory vaccination against measles in the Netherlands 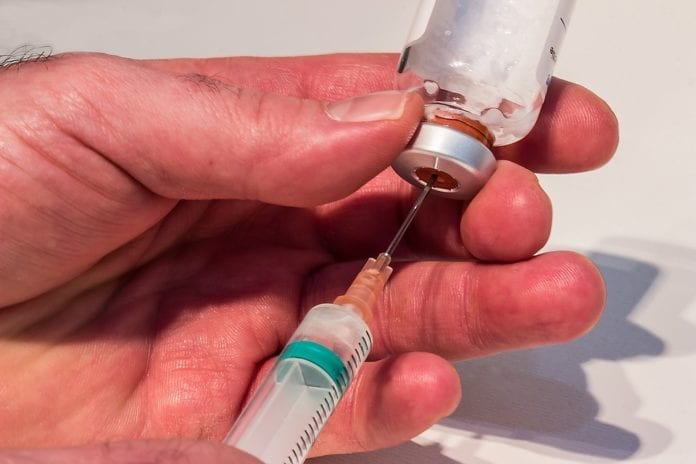 Marc Dullaert, chairman of the children’s rights organization KidsRights tells Volkskrant that the Netherlands has fallen below a vaccination rate of 95 percent, the limit that the World Health Organization considers safe for four years now. He says, “In recent years, the government has invested heavily in information and persuasion. These were good measures, but the vaccination rate is now at 92.9 percent and has not risen”. Dullaert also argues compulsory vaccination is “inevitable”.

Vaccination debate in the Netherlands

The push for compulsory vaccination has been supported recently. In April, the government said that they would be investigating the advantages and disadvantages of compulsory vaccination to increase the vaccination rate, according to RTL Nieuws.  In addition, over 100 daycares in the Netherlands have started banning unvaccinated children. Twenty-five of these centers say they have already refused children. The daycare centers banning unvaccinated children believe “the safety of other children is very important”.

However, according to Volkskrant, several are against compulsory vaccination against measles in the Netherlands. For example, Christian parties believe vaccinating their children is unnatural and object to doing so. Several experts even argue that making parents vaccinate their children will increase distrust in vaccinations.

When the government was investigating compulsory vaccination back in April, State Secretary of Health Blokhuis called this an “extreme measure”, despite wanting to boost vaccination rates. According to Volkskrant, this week, a spokesperson for State Secretary of Health said that compulsory vaccination is not presently being discussed as an option. He says, “The vaccination rate has fallen slightly over the past few years, but in January the National Institute for Public Health and Environmental Hygiene reported that the decline has stopped”. He continues on to say that mandatory measures might be taken if the vaccination rate continues to decrease or if a dangerous situation occurs.

KidsRights Index 2019: How did the Netherlands do?

The index “maps the extent to which states adhere to and are equipped to improve children’s rights”, according to KidsRight.  In the overall index by KidsRights, the Netherlands has come in sixth. This sixth place is owed mainly to the education and protection of children present in the Netherlands. The country also had the lowest number of teenage mothers. However, the 280,000 children live in poverty in the Netherlands, a worrying figure. Once again, in the health index, the Netherlands dropped ten places and is now in 36th place, due to its low vaccination rate.
Featured image source: Pixabay/Myriams-Fotos
Where do you stand on the vaccination debate? Should compulsory vaccination against measles be implemented in the Netherlands? Let us know in the comments, below!
Previous articleLabor shortage is increasing but unemployment is down
Next articleTexting and calling to other EU countries from the Netherlands will get much cheaper from today

The past year and a half have been weird, but clearly, we haven’t seen it all yet — the Ministry...