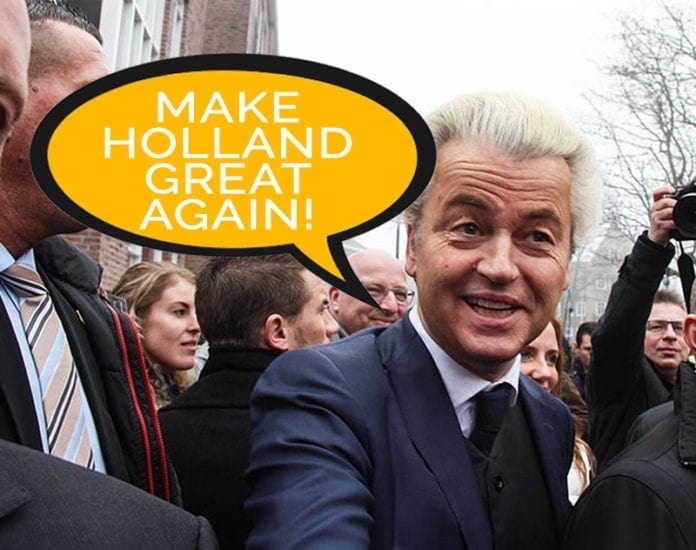 Twitter seems to finally be cracking down on hate speech on its social media website. Geert Wilders, the leader of PVV, has been temporarily blocked after violating rules against “hateful conduct”, reports NOS. Although this particular tweet didn’t seem to be that ‘hateful’.

Tough days for Geert. First no EU parliament seats and now this.

Of course, he is completely shocked about being blocked for tweeting that, because he sees it as a “factual tweet” about “a colleague” in the D66. The tweet has been removed since then, so we don’t have a link to embed. But NOS quotes his tweet in their article.

Wilders, and anti-Islam and populist, wrote in the message: “Let’s always stand up against the LOSERS of D66 who let the borders be open and import more islam and after cry crocodile tears about the consequences of it such as antisemitism, honour revenge, women circumsizing, terrorism and hate. #yarmulkeon #islamout #losersD66”

Someone seems a little ticked off for losing support in the recent EU parliament elections. This is a temporary block, but it could also become a permanent one. Twitter has not responded on this.

Deplatforming someone for hateful speech is something that needs to be done, right? But this particular tweet seemed like a soft one for Geert. Let us know in the comments below if you agree, or even if you don’t!

We may or may not deplatform you 😉 You have been warned!