Ruud Lubbers, the longest serving Prime Minister of the Netherlands, passes away

In his hometown of Rotterdam, former prime minister Ruud Lubbers died. He was 78 years old. Lubbers (7 May 1939) was the longest serving Prime Minister in the Netherlands. The CDA’er led three cabinets between 1982 and 1994, two with the VVD and one with the PvdA. He claimed to have a no-nonsense policy that was aimed at economic recovery and the reduction of the national debt.

He was known for more than just a few things, here are three highlights:

When he first entered the Torentje, he was just 43 years and with that, the youngest prime minister the Netherlands has ever known. Mark Rutte was just a few months older when he became prime minister.

The first Lubbers government was devoted to cutting the budget by billions. The national debt had risen to above 10 percent and the unemployment rate grew by 10,000 to 15,000 people per month. With his no-nonsense approach, he made Time’s cover. The magazine called him Ruud Shock.

On October the 29th of 1983 more than 550,000 people took to the streets to demonstrate against the placement of 48 cruise missiles in Woensdrecht. It was the biggest demonstration in Dutch history. 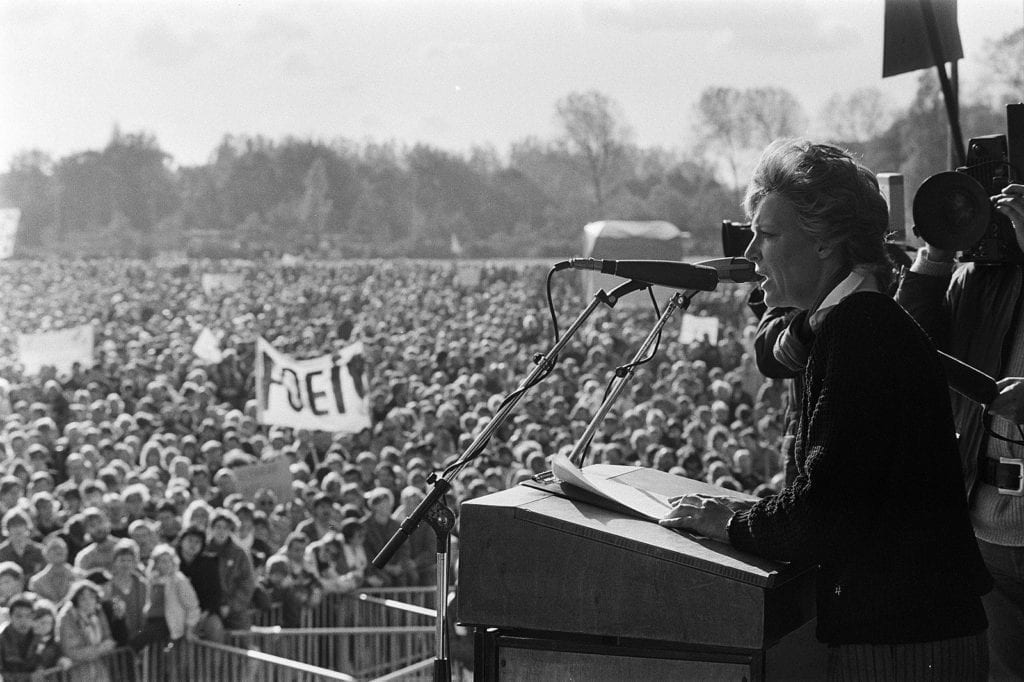 Two years later, the Cruise missiles protestors offered him 3.7 million signatures. When the prime minister gave a speech, the demonstrators massively turned his back on him, but he continued his speech. Kind of a bad ass moment and in the end he kind of ‘won’ the argument since one of the things that brought the Soviet Union down was their massive defense spending in order to keep up the arms race with the West.

Just like yours truly, the man had massive epic eyebrows, look at them:

All jokes aside, Ruud Lubbers was our longest serving prime minister in tough economic times for the country, he will be missed.

Previous articlePhotoreport! 10 Most-Liked Photos on our Instagram Account
Next articleElecting a mayor in the Netherlands – will we have one?