Here’s what the new, exclusive boarding school of Dutch Princess Alexia looks like

Dutch Princess Alexia is knee-deep into her first day at a brand-new school in Wales — and it is looking niiiice.

We all remember those first-day-of-school nerves, but we can imagine that as a princess heading off to boarding school for the first time in a whole new country, that could be a little more intense.

Princess Alexia will spend the next two years at United World College of the Atlantic (and, let’s be clear, it looks kinda amazing).

With Hogwarts vibes overflowing all over the place, the school is not only housed in an old castle but has had stacks of royal pupils, including Alexia’s father King Willem-Alexander.

While the school costs a casual €45,000 per year, it’s not reserved for the elite. Potential students have to successfully complete a number of assignments and impress at an interview. Naturally, most of the students are wealthy, but some also attend on scholarships.

READ MORE | Queen Máxima of the Netherlands: how an Argentinian became a Dutch royal

While Alexia was attending the Christelijk Gymnasium Sorghvliet in The Hague like her other two sisters, she made the decision to move to Wales for her last two years of secondary school and to complete her International Baccalaureate. 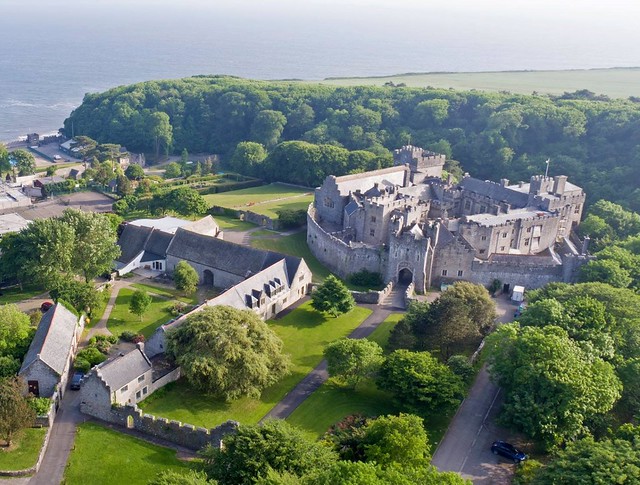 But if you’re getting real Richie Rich vibes (including the full mahogany desk with a personal fax machine), Alexia’s new school life appears more normal than you might think.

Alexia will share a room (gasp!) with not one, not two, but three other girls. She’ll also eat her meals with the other 350 students in the castle’s dining room. She has to take standard subjects, volunteer, learn social skills, and going to gym class is mandatory.

Would you attend this boarding school? Tell us in the comments below!

Previous articleOver 300 prime Amsterdam apartments owned by US company have been sitting vacant — despite the housing crisis
Next articleDo I need a mortgage advisor when buying a house in the Netherlands?

As of 5 AM this morning, the Netherlands' hard lockdown is officially over! 🥳 Everyone's excited to get out again...