Return of the Wolf – Will the Howl return to the Forests of Holland? 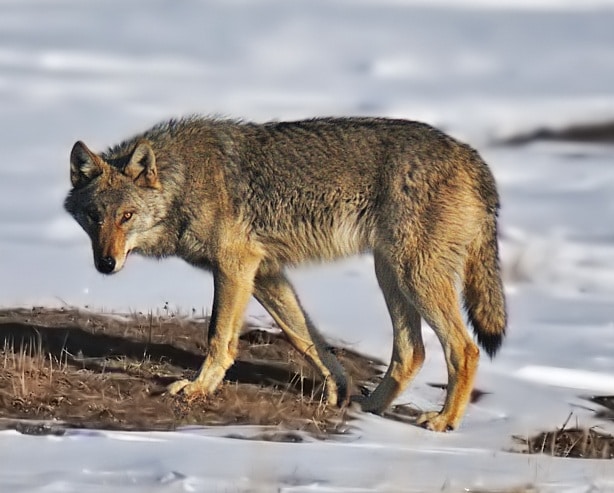 It’s been since the late 19th century that wolves last inhabited the Netherlands, they were hunted to extinction and pushed from their territories by the intense urbanization of the small country. But now a wolf has been spotted in the Veluwe National Park, and experts are ecstatic.

The wolf, as a species, has been spotted several times in recent years – the canine is more and more frequently making trips from Germany, where it is still extant, to venture through border areas in the Netherlands. That the frequency of these visits is increasing is hopeful, eventually a wolf – or multiple – will find a spot suitable and perhaps even breed.

A spokeswoman of the Province of Gelderland, of which Veluwe National Park is part, said the following: “We’re very happy with this, there’s a reason we’re investing in more space for nature to grow. It would be an incredible mile stone if wolves would settle down in the Veluwe, but we’re not there just yet”. For now the province won’t give away any exact locations in the sizable national park, it is of utmost importance the animal is left alone to explore as it pleases.

In recent years wolves have also been spotted in the North-Eastern province of Groningen, neighboring Drenthe and the Eastern-province of Overijssel. Sadly some of the wolves perished in automobile related accidents and a handful of sheep met their demise at the teeth of wolves.

Experts of “Wolves in the Netherlands” and the “Lupus Institut” from Germany have confirmed it is indeed a wolf and forest rangers have been asked to be on the lookout for traces of the animal.

Good News or An American Werewolf in Amsterdam?

Sure, everyone is just a tiny bit unnerved by wolves, they’re intimidating, an apex predator and a bit mysterious. But rest assured, no Canis Lupus howls are going to echo through the streets of Amsterdam any time soon. Wolves require as much space, and rest, as possible. They are a sign of a diverse ecological system and only contribute to it more.

Natuurmonumenten (“Monuments of Nature”) put out a statement in regard of the animal’s return: “If the wolf returns, it’s a clear sign that even in our busy nation there’s still spots for an apex predator like the wolf: large, robust wild areas where there is space for natural processes. The wolf is making Dutch nature more diverse and more exciting”.

Frankly, we couldn’t agree more, the wolf is welcome – even though we’ll secretly dread hearing its howl when vacationing near the forests. But then again, we’ll finally be able to tell each other creepy stories about monsters and wild animals under a full moon and have the background effects for free.

Just, maybe don’t go out into the Veluwe alone…

Previous articleNew Dutch tax system: are the rich getting richer?
Next articleDutch Courage – Is Alcohol the answer to improving your Dutch?