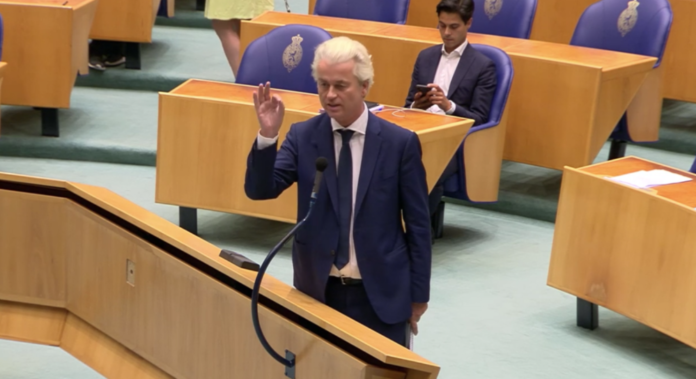 Tensions were high in Wednesday’s all-day coronavirus debate. A roll-call vote was requested but not enough MPs were present to be able to move forward with it. Opposition parties say the coalition MPs ran away en masse. The bill for better conditions for healthcare workers was once again rejected.

After votes were tied for each party, PVV leader Geert Wilders requested a roll-call vote for his proposal on better pay for health care workers. The vote was cancelled, as there were only 62 MPs still present in the building. A quorum of 76 is required.

Turbulence in the courtroom

Wilders and the other leaders of opposition parties reacted angrily when President Arib made the announcement that the vote would not be held. Geert criticised the opposition party saying, “The coalition has run away en masse, which is a shame.”

Parliament member Van Meenen said on Twitter that it wasn’t a question of “running away.” The House determined that a roll-call vote would need more time.

Chairman of the Dutch Association for Intensive Care, Diederik Gommers says, “Don’t expect us to be heroic if we can’t talk about this,” in an Op1 interview.

Brin Andrewshttp://brinandrews.com
Brin is an avid ice cream eater from the US, calling Amsterdam home since early 2019. As a lover of mountains, life below sea level has been a bit of an adjustment, but she manages to stay afloat with long runs, wine, and frequent travel. Incidentally, these are a few of her favourite topics to write about.