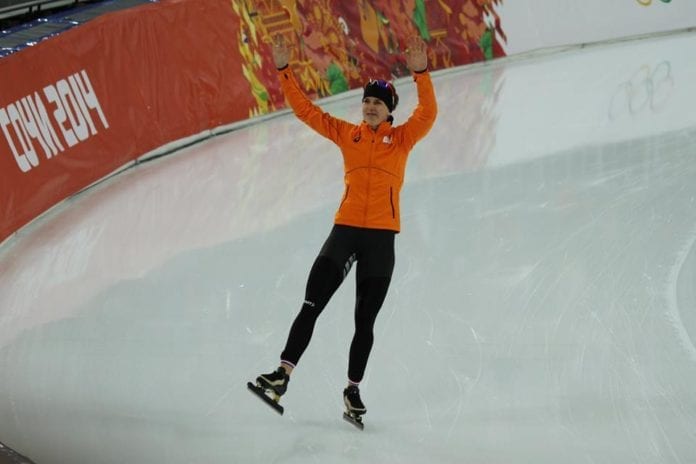 Ireen Wüst has set up a unique series at the Olympic Games. The 31-year-old speed skater conquered a gold medal in her fourth Winter Games in a row, her fifth gold in total.

Wüst triumphed on the ice rink in Gangneung on the 1,500 meters. With 1.54.35 on the timer, the Dutch kept all competitors behind her. It is for Wüst, who already won silver in South Korea on the 3,000 meters, her tenth medal in total. How awesome is this?! She is the only skater with ten Olympic medals.

She won her first gold exactly twelve years ago and after the 1,500 meters race of today she announced that this was her last Olympic Games. Marrit Leenstra finished third and took her first individual medal at the Games.

Previous article
7 romantic activities in Scheveningen for this Valentine’s Day
Next article
Are you in or are you out? Organ donation in the Netherlands