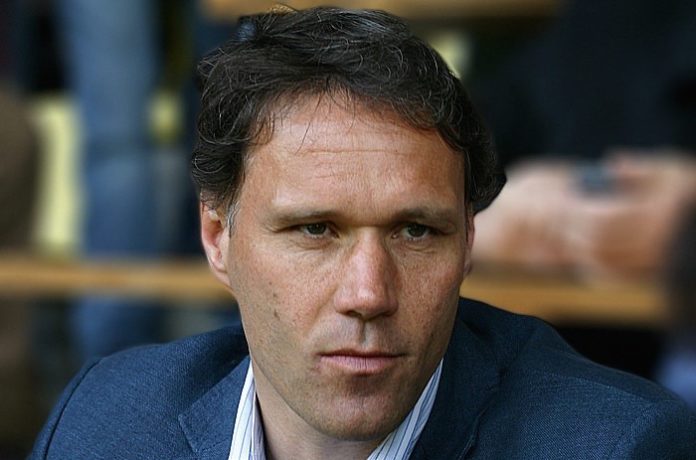 At the end of a live television broadcast, retired Dutch football star, Marco van Basten, remarked “Sieg Heil”. He has subsequently apologised by commenting, “it was not the intention to shock people, so [I] apologise for this”, NOS reports.

Sieg Heil was a verbal salute used by Nazis to rally support for Adolf Hitler. It translates to Hail Victory.

A German coach was being interviewed by Fox Sports about the game between Ajax Amsterdam and Heracles Almelo. Just after the interview ended, van Basten can be heard saying the words off camera.

The European champion from 1988 apologised for the comment in Fox’s live broadcast. “I said something that was picked up by many people later. It was not the intention to shock people, so [I] apologise for this. It was more to explain Hans’ German”, NOS reports.

German internet site T-Online commented, “whatever it was meant to be, don’t make jokes about a Nazi salutation”.

Just one week ago, a game between Den Bosch and Excelsior was stopped for thirty minutes after racist slurs “k-negro, k-cottonpicker, k-blackiewere” were heard from the crowd. This was the first time in Dutch professional football a game was halted because of racism.

This team right!!…. this team stands for way more then football only.
And I’m so proud to be part of it.
We definitely teaching the next generation how to stand for something but also how to treat each other with equal respect! #superheros #TheNewWave pic.twitter.com/51WhInQEZA

Previous article
10 million tourists flocked to the Netherlands in the summer
Next article
From fog to wind to rain: this week’s got it ALL