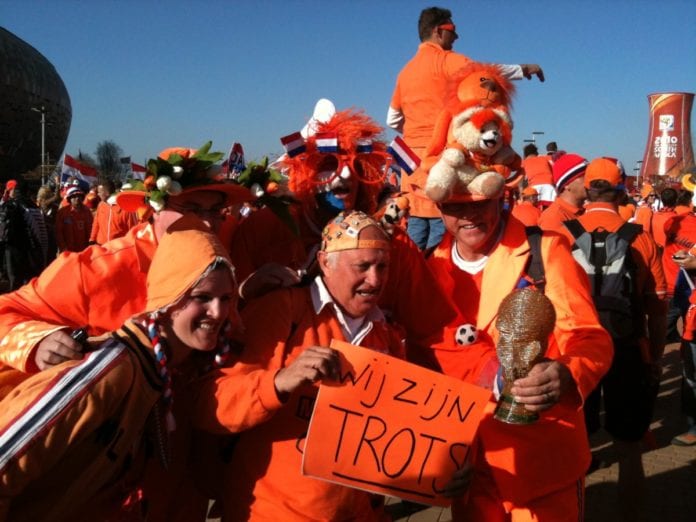 Any football fans out there? The Dutch women’s football team will be playing against the United States on Sunday for the world cup finals. We’re excited, and you should be too! The team beat Sweden in the semi-finals with 1-0 on July 3rd, qualifying them for the finals.

If they end up beating the US on Sunday, they will bring the party from Parc Olympique Lyonnais in Lyon, France to the Netherlands as champions. There will be a party in Amsterdam to commemorate the victory, so take note!

We might actually see some of that Orange Fever now that our "Oranjeleeuwinnen' will play in the final of the World Cup! ???? Here's how to blend in with those crazy Dutchies 😉https://t.co/JhULzacDGt

A floating parade through the canals will begin at 4:30 pm in Amsterdam, followed by a rally at Museumplein at 6 pm. But if they lose, there will be no celebration taking place, as requested by the players and team staff. So go out there and support the girls! They are favoured to win, so you know you don’t want to miss out. The finals are set to take place at 5 pm on Sunday.

Where will you be watching the game from? Will you be breaking out your best orange clothes for Sunday? Let us know in the comments below!