Yep, that’s right, 2018 was officially the sunniest year on record! This year has beat the old record that was set back in 2003.

According to Weerplaza, there was 2,022 hours of sunshine in 2018, which is pretty damn impressive. 2003 was actually considered an extremely special year because of it and so to beat that record means that we’ve had a pretty sunny year. Before 2003, we didn’t see sunshine hours like that since 1959.

On average, these sunshine hours sits at around 1,600 hours, so there have been over 400 extra hours this year. The Netherlands is having less cloudy days, so this has definitely contributed to this. I’ve certainly noticed that this years weather hasn’t been as horrible and wet as the stereotype suggests.

We actually broke the driest July record EVER recorded, this year. This was when there was a drought and we were all actually dying for a bit of rain. This was when the whole of the Netherlands turned brown due to all of the grass dying. So it’s no surprise really!

Accurate gif of us this summer

Temperature records hit early and also late. We also ended up with one of the warmest November days. The weather is still up and down and it’s warming up again soon. All in all, it’s been a pretty damn good year for the Netherlands in terms of weather (if you like unpredictable and extreme temperatures that is). 😉

What do you think about the weather in the Netherlands? Let us know in the comments! 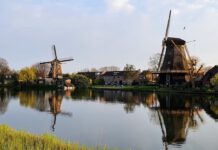 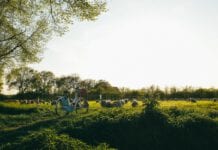 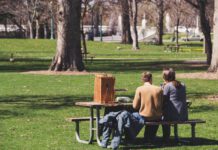 Spring coming early: highs of 19 degrees this weekend in the Netherlands