Summer Holiday the Dutch Way: 11 Affordable Destinations from the Netherlands 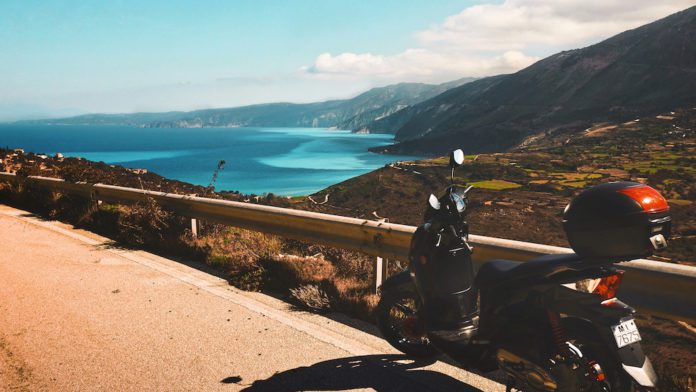 You may love the Netherlands in all its bike and stroopwafel glory, but sometimes you just gotta get away – preferably to a place where you can step off the pavement without a bicycle bell deafening your ear.

However, if you’ve internalised all those Dutch characteristics we’re always going on about you’re probably not heading to Monaco to fly with the high rollers. Instead, you’ll be looking to count your pennies and stretch them as far as possible.

Luckily for you, we’re the specialists in being cheap-asses (we admit it!) so we’ve scoured the continent for 11 cheapo holiday ideas that will have you pleasing your inner Dutchie.

It is difficult not to be charmed by this quaint town that boasts half-timbered houses amongst sprawling greenery. Affordable food, fantastic bars and a vibrant university town makes it a great summer getaway. There is no beach but the Freibad (outdoor swimming pool) is a nice way to cool off and entrance fee is only €4.30.

Hot tip: Head to Neckarmüller Biergarten and order the Kartoffel mit kräutershmand (baked potato with herbed sour cream). It is a delicious way to mop up authentic German beer.

Hot tip: Make the most of your time and travel inland one hour where you reach the old town of Altamura.

How to get there: Cheap flights from Eindhoven with RyanAir (€79 return)

Eastern Europe gets far less visitors than Southern and Western Europe during summer, so Tallinn is a great choice if you want to avoid bustling crowds. It’s photogenic, historic and affordable.

Hot Tip: Take the 20min bus journey to Harku Forest on the outskirts of the city. The stillness is beautiful.

How to get there: Fly Amsterdam to Tallinn for €140

Got a bit more time on your hands? Jump on a ferry and cross over the Baltic Sea to Finland

The Costa del Sol stretches over 300km from the Strait of Gibraltar to Granada. The southern coastline is dotted with fancy resort towns that were once modest fishing villages. Sit back and soak up the vitamin D as this is one of the sunniest places in Europe!

How to get there: Eindhoven to Malaga for €69 return

A suitable destination for those who want respite from the heat. Scotland is notorious for having only two seasons – June and winter. As a city, Edinburgh has it all – beautiful architecture nestled among rugged cliff faces and only a stone’s throw away from the seaside. It was recently voted as the most beautiful country in the world and as someone who lived here for two years, I can easily see why.

Make the most of your trip and include a feasible and affordable day trip from Edinburgh as well. The Loch Lomond National Park is only 1.45 hours by train or North Berwick, a quaint seaside town, is a short 30 minutes.

Hot tip: Visit the endless charity shops in Edinburgh and snag yourself some bargains. I like Nicolson Street or Stockbridge charity shops and going to Söderberg café for a good Oat Milk Latte.

How to get there: Fly from Amsterdam for €75 return or from Eindhoven for €46 return

Mostar is often declared to be the cultural capital of Herzegovina region and is the fifth largest city in the region. Mostar is renowned for the iconic Stari Most (Old Bridge) where an annual diving competition is held each July.

Yes, Norway is notoriously expensive. Why have I suggested it then? Well, to save money, I often buy my food before I go. It takes planning and effort but is often worth it. Bergen is known as the city of seven mountains, so don’t forget your hiking boots! They also have a freedom camping policy, so if you want to have a unique night and save on accommodation costs, bring camping gear and spend a night on a mountain overlooking the city (pictured).

Bergen itself is a very quiet city and in summer there 20 hours of light. It feels magical (albeit confusing) to exit a club at 2am to the sun rising and birds chirping.

Hot tip: Pack a delicious picnic and head to Gamlehaugen where you can sprawl out on lush grass and take a dip in the lake.

How to get there: Fly direct to Bergen from Amsterdam Schiphol (€85) or fly to Oslo (€73) and take the 7 hour train journey to Bergen through the stunning Norwegian landscapes.

The capital of Slovenia is compact with easy access to stunning outdoors. Lake Bled is a short 45 minute bus ride from the capital and it well known for its fairytale castle and island church.

Hot tip: If you want to escape the tourist crowds, head to lake Bohinj in the enormous Triglav National Park or perhaps turn the holiday into more of an adventure and head up into the Triglav mountains.

How to get there: Amsterdam Schiphol to Ljubljana with Transavia for €63

You’ll likely be able to splash out here as the the country uses the Serbian Dinar which is worth a lot less than the Euro. A rich history with a vibrant and diverse party scene that spans everything from orchestras to folk to electronic techno ensures a great night out.

How to get there: Fly from Amsterdam Schiphol to Belgrade from €75

Kefalonia is the biggest Ionian Island in western Greece and the sixth largest island in Greece. Towering cliffs over dazzling beaches that lead to emerald waters make it a beautiful getaway.

Hot tip: With most driving licenses, you are allowed to rent a scooter. It is a great and different way to see the island that will give you lots of freedom to stop whenever you desire.

How to get there: Fly Eindhoven to Kefalonia from €45

The charm of the Hungarian capital lies in the rich history, entrancing skyline and you can have a banging night out on the cheap. Get lost among the amazing architecture and dine on the many different cuisines the city has to offer.

How to get there: Eindhoven to Budapest from €50

Have you been to any of these places? How did you enjoy them? Let us know in the comments below if you have anymore hot tips!

Previous articleLego stores are coming to the Netherlands and it’s all we ever wanted as a kid!
Next articleThree swimmers drown in the North Sea near The Hague