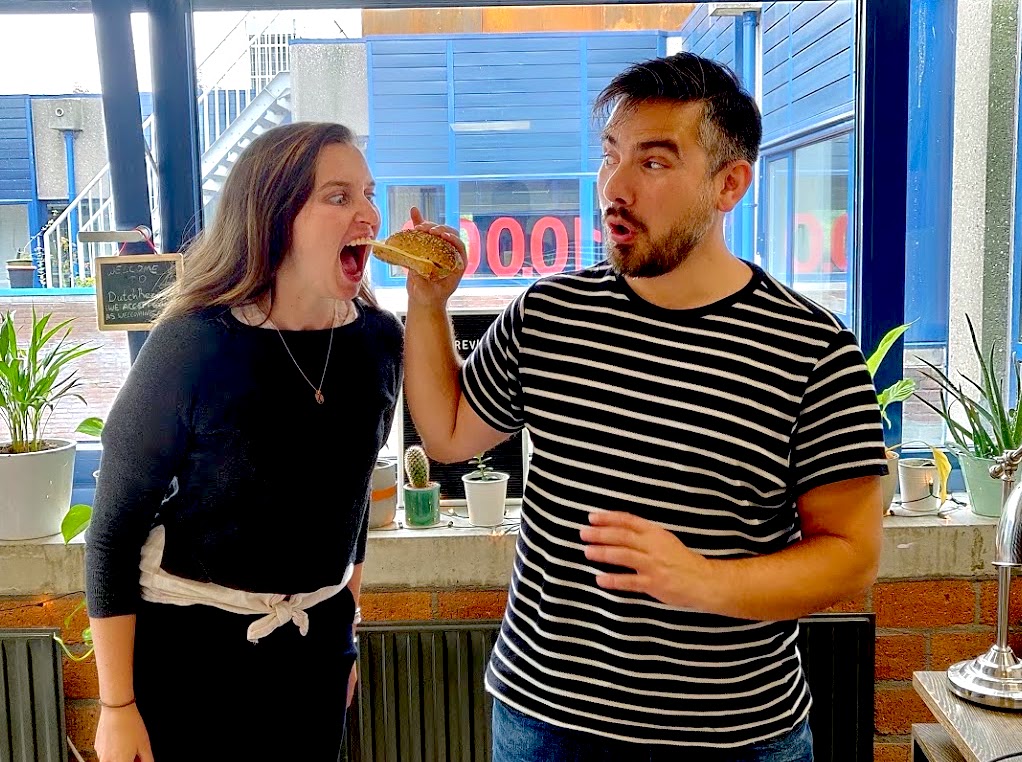 Dutch expressions can sound pretty crazy when you translate them to English. So we thought we’d have some fun explaining some of our favourite (and weirdest) Dutch sayings for you!

I will never forget the day…about five years ago…when I was at the gym and heard a woman say helaas pindakaas. There was just so much confusion. I knew what helaas meant. I knew what pindakaas meant. Why would these be together? What the actual…?

Ah, if you’re new here in the land of bikes and rain — that’s something like “too bad”, “unfortunately”, “sadly,” coupled with “peanut butter.” Huh?

If you’d like to avoid the confusion I had to deal with that day (and probably months after), keep reading.

“As if an angel pisses on your tongue.”

You can use this one the first time you’ll be asked “what do you think about bitterballen?” or “have you had stamppot yet? how was it?”. This answer is a guaranteed crowd-pleaser, if the crowd is Dutch. It means you very much enjoyed your food. Even if that’s true or not, just be nice, it doesn’t cost a thing. Then never order a stamppot again — but keep ordering bitterballen, those are gooooood.

“To fall with the door into the house.”

In other words, getting straight to the point. If you’re new to the Netherlands, you will very soon hear about the Dutch directness. Dutchies don’t mess around, and won’t waste any time on your feelings or self confidence. Thick skin is a must and it has to be built if it ain’t there. Practice with your friends (because throwing insults at each other is the best way to maintain friendships).

You will know you have mastered falling with the door into the house when at the Monday morning meeting you will open with “Harry, you look absolutely terrible and have been under-performing for weeks” instead of “Good morning, everyone!”

“Did you fall down the stairs?”

You may think: oh yeah, I’ve got this — I’ll say it when someone doesn’t looks so well. You do not, in fact, have this.

Where is the logic to this expression? We don’t know, but just go with it.

“He who has butter on his head should stay out of the sun.”

Here are two important lessons for all of us, kids:

2. What the saying means is that you should not judge others if you have your own faults. Arguably, an even better lesson than number one — but I’m not sure.

It is comparable to the English expression “people in glass houses should not throw stones”.

“To have been hit by the windmill.”

This phrase includes the most Dutch thing I’ve probably ever heard — although helaas pindakaas is up there. This expression refers to acting dumb or crazy, and it’s pretty self explanatory. It’s the opposite of doe normaal (which you should always do, by the way).

It’s probably something appropriate to tell to your Dutch colleagues if you spot them having something warm for lunch — but hey, don’t quote me on it.

As in, every single time you’re about to get on public transport during rush hour — or in Amsterdam, ever. I’m imagining herrings in a barrel are uncomfortable, smell terribly bad and are probably dead. You will most probably feel the same! Okay, you may still be alive but you may wish you weren’t for a moment there.

“Now the monkey comes out of the sleeve.”

You know, the same way the cat comes out of the bag. As mentioned before in this article (and probably in any other you’ll ever read about the Dutch?) people from the Netherlands are direct — and they don’t give a flying damn about it. That means there probably won’t be many chances to use this one, as it insinuates a lie has been told. However, if Jan ever tells you he’s busy at work and you spot him on the terrace with Marijke, you know what to say.


“To let the cheese on your bread be eaten.”

Now, if you’ve ever seen a typical Dutch lunch it consists of 2 very important ingredients: bread and cheese. Obviously, the best part of this sophisticated meal is the cheese. Thus, letting someone else eat it means you’re probably too generous. Hold on to that cheese —you’ve earned it!

Also — is this the Dutchiest one yet? Or are we sticking to the windmill one?

The bird, not the throat action. This is a flexible one when it comes to Dutch expressions — feel free to add 2,3,4,100 swallows don’t make summer, since it’s usually true. God only knows what makes summer in the Netherlands last.

In all seriousness — it refers to the fact that you need more than one clue to draw a conclusion. Probably good advice, really.

“You’re d*cking out of your neck.”

No, not ducking. That’s right, we’re finishing in style.

Sometimes shortened to only je lult, it refers to calling bullshit. The longer version is usually used to refer to a more serious spread of misinformation, especially on purpose. The short version however is used in all sorts of context, even if you just want to say “no way”, “can’t be true”, “can’t believe it” and so on.

Till the next time, doe lekker normaal and speak like a pro Dutchie!

What’s the weirdest Dutch phrase you have ever come across? Ever been left stunned by weird translations? Let us know in the comments!

Feature Image: DutchReview/Supplied
Editor’s Note: This article was originally published in July 2019, and was fully updated in October 2020 for your reading pleasure. 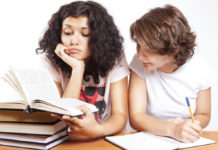