As most of the country will be partying on the streets of the Netherlands, biertje in hand and wearing flashy orange clothing, we here at DutchReview would like to say a big gefeliciteerd! Happy birthday, King Willem!

The loveable King, who will no doubt celebrate his big day with grace and style has, like all of us mere citizens, managed to have some hilarious moments during his life!

Read on for our King Willy highlights! 👑

King Willem, King of the swingers (toilet swingers that is!)

Yes, that is the King of the Netherlands swinging/throwing/hurling a bright orange toilet!

Back in 2012, when King’s Day was Queen’s Day in celebration of the late Queen Juliana’s birthday, King Willem sportingly took part in a toilet throwing contest, in which he flushed the competition away and walked away with a little toilet trophy 🚽.

Prins of the Pils

Yes, that is Putin. King Willem is not renowned for his startling intelligence, but instead his playful personality.

The Dutch king often trumps his other royal family members in popularity polls — until 2021 when his popularity began to plummet.

Back in his student years in Leiden, the King was nicknamed the ‘Prins of Pils’ a.k.a ‘Prince of Beer,’ as he was on more than one occasion seen showing his love for the alcoholic beverage. 🍻

Some reports state that the young Prins of Pils even managed to drive a car into one of the canals of student city of Leiden. I mean, who hasn’t drunkenly messed up on this scale?!

When the King found his Queen

Queen Maxima hails from Argentina and as flawless as she is now, she wasn’t when she married this Dutch man.

Her father was a Minister of Agriculture in the era when Argentina was a brutal dictatorship. Many in the government opposed this particular connection and a marriage wasn’t welcomed by all.

In the end, the then Dutch Prime Minister Wim Kok decided wisely and let the marriage go forth, but didn’t allow for her father to be present.

Maxima then captured the hearts of almost every Dutchie when she let some beautiful tears run when this Argentinian bit of music was played at her wedding:

READ MORE | Queen Máxima of the Netherlands: how an Argentinian became a Dutch royal

If you haven’t been learning any Dutch words yet, this show is so funny that it will make you want to speak Dutch!

The bits from Lucky TV (from the popular talk show De wereld draait door) about our royal family are some of the funniest things ever. I betcha when you ask a Dutchie about what they like the most about the royals it would be this.

If you wanna catch a glimpse, here’s a bit with English subtitles:

The fact that we subjects can make good fun of him only adds to our appreciation of his reign! 😉

What do you think of our loyal King Willem? Tell us in the comments below!

Editor’s Note: This article was originally published in April 2017 and was fully updated in April 2022 for your reading pleasure.

Feature Image:Pixabay
Previous articleThe history of the Dutch national anthem: the Wilhelmus
Next article6 essential phrases you need for this King’s Day 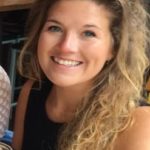 Until recently, Formula 1 has been very much a European sport: The majority of Grands Prix have taken place on...