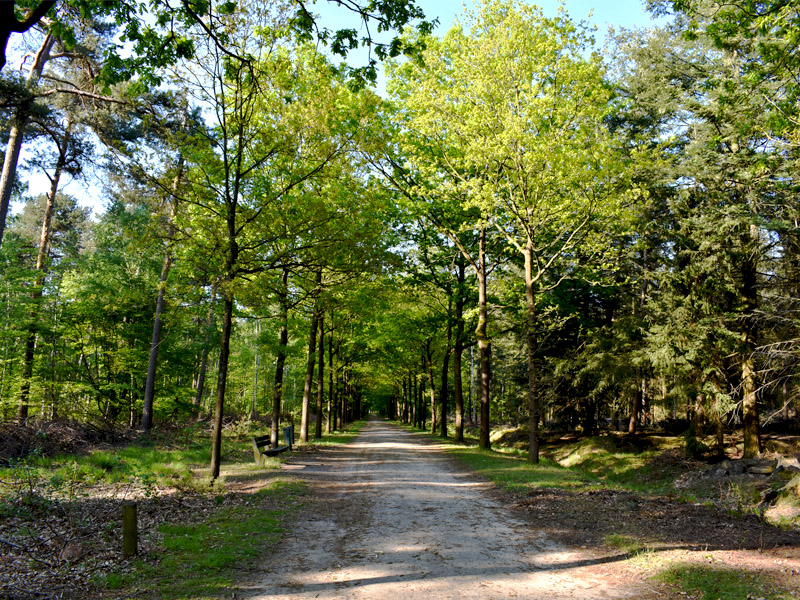 How do we minimise our climate impact? The climate crisis is here, and it’s easy to feel overwhelmed and useless in the face of such potential devastation. If you’re wondering if there are ways you can make the situation a tiny bit better, then you’ve come to the right place. Here is a comprehensive list of ways you can minimise your impact on the climate here in the Netherlands.

We address this more later on, but it is absolutely worth acknowledging that individual actions are not the whole story when it comes to climate change. For decades, ordinary people have had the burden of solving climate change placed squarely on their shoulders, when the majority of greenhouse gas emissions come from ten main companies, and when governments have been steadfastly ignoring the situation.

Despite this, ignoring the climate crisis really isn’t an option. That’s why we have put together a list of things you can do to make the situation better, bit by bit.

Food has a massive impact on the climate: next to not flying, altering your diet to make it more sustainable is the best thing you, as an individual, can do for the planet. How do you do that? By including more plants, and eating less animal products. A lot of environmental activists will encourage you to pursue a fully vegan diet — and go for it if that’s something that appeals to you. That would definitely minimise your impact on the climate.

But for a lot of people that isn’t possible, or something they would want to do — so I’m here to tell you that reducing your meat and dairy consumption is a fantastic step in the right direction. Meatless Mondays, or always making your breakfast plant-based, are wonderful options to start with. While you’re at it, check out these 7 amazing vegan cafes in The Hague.

It’s also important to look at where your food is coming from. There’s no point in being vegan if you’re consuming Kenyan broccoli all the time: for produce to get to us while it’s still fresh, it has to be transported by air. And as we’ve already seen, air transport is bad news for the planet. So it’s best to look for locally, or at least nationally, produced food. In most cities there will be at least one farmer’s market every week — these can be a great source of locally produced food. The best thing about them is that they often lack packaging, whereas in supermarkets the amount of plastic packaging has been growing each year.

For some of us who are that way inclined, growing your own food could also be an option to consider. Most municipalities will allow you to sign up for a community garden space, where you can grow veggies, fruits and herbs. Naturally, this won’t be the only place you get your food: but it is a wonderful way to reconnect to your local environment, while reducing your impact on the planet. But if you have just moved here, get to know the different supermarkets in the Netherlands, and figure out what can work for you.

As we’ve already mentioned, we aren’t going to solve the climate crisis by eating tofu in the comfort of our living rooms (though that is a pastime of mine). We need to force large-scale change through governments and local authorities, as well as on the community level.

The first and most crucial thing you can do in this regard is to vote: and I’m saying this in particular to my fellow twenty-somethings. The elected government has the power to change the way the climate crisis is being handled on a fundamental level- and in turn, they can influence international policy on it. Don’t not vote because you’re disillusioned with the system: not voting is a vote for the status quo.

The second way you can influence governments is by protesting. As we’ve seen recently, young people have been turning out on the streets in droves to demand better action on the climate crisis from the government. Extinction Rebellion has organised acts of civil disobedience as well, whereby their members obstruct the usual functioning of something (traffic, a court, a restaurant) and usually get arrested. Not everyone is able to do this, but history has shown that civil disobedience is the most effective way to change something.

Green energy will reduce our impact on the climate. Image: Pxhere

An important way that we can change the course of the climate crisis is coming up with new ideas: the status quo does not work, so we have to find alternatives. This is particularly true when it comes to plastic and energy. Plastic has remained popular not just because it is a convenient by-product of oil production, but also because it’s cheap, light, durable and malleable.

Innovation has brought us some promising alternatives: plastic made from cornstarch, milk protein, grape waste, wood. All of these have been created over the last few years and are biodegradable. There’s no perfect alternative as of yet, but innovation is a crucial way of finding the path forward. The Dutch are already on their way to innovating their way out of the worst effects of the climate crisis. Innovation is also super important when it comes to cleaning up the mess we’ve already made, as The Ocean Cleanup exemplifies.

Then there’s energy: clean energy is an absolutely crucial part of our future as a sustainable society as well. Innovation has already shown us that implementing it in a low-cost, effective way is totally possible. Now we just have to get on and do that.

A way you can encourage this is by switching your electricity and gas provider to a green energy company, like Vandebron or Green Choice. For every household that gets its energy from these companies, extra green energy will be added to the power grid in the Netherlands.

A lot of people in the Netherlands want the government to do better on green energy, but that hasn’t been happening as quickly as people want. Nonetheless, individual cities are making changes: Rotterdam will transition to green energy by 2020.

Basically, the best thing you can do to support innovation is to invest in it when it becomes available to the public- or, if it’s a non-profit, maybe consider donating if you can afford it.

Levi Hildebrand does awesome videos on being a bit more environmentally friendly: check them out!

Making your own food is a great way to minimise packaging waste. Image: ArmbrustAnna/Pixabay

This might be an odd one to include, but it’s one I feel really strongly about. Let me give you some Marxist theory to explain why I think it’s super important to make more things yourself, rather than simply buying them- and then I’ll explain the environmental implications of doing so as well.

One of the things Marx wrote about was the estrangement of workers from their labour. Basically, as industrialisation took hold, people only made small parts of the final product. They would see it at the end, but have no emotional connection to it. And because humans have evolved to like making stuff, this makes us not only unhappy, but destructive. We care less about the things in our surroundings, because we don’t see them as being made by actual human beings.

In the current day, we consume a lot of stuff, and throw it away easily- think things you buy at Action as an example, but this applies to a lot of other things as well. When you buy from small businesses, or when you make something yourself, this disrupts our usual way of viewing items as disposable.

And this is so much better for the environment as well. Reducing the amount of things we send to landfill, and purchasing much less in general, will minimise the amount of resources we use up or waste. If we’re talking about making food items, like pasta sauces, jams, pickles and such, then we can also reduce the amount of food waste and plastic packaging we cause. And, although this isn’t super connected to environmental impact, creating things will likely make us much happier as people.

Travelling by train is a great way to reduce your impact on the climate.  Source: Pixabay/ Skitterphoto

If you fly once in a year, you double your carbon footprint for that year. Yep, it’s as bad as it sounds. Basically, the number one rule for reducing your climate impact is to find more sustainable ways to travel. Luckily, we live on mainland Europe, so there are viable alternatives to flying.

Going by train is an amazing way to see different countries: plus, it’s smooth, you don’t have to weigh your baggage or go through security, and there’s so much more legroom than you get on Ryanair or Easyjet. Which is nice, even if, like me, you’re a bit vertically challenged.

The advantages of international train travel are becoming apparent to more and more Dutchies: international train ticket sales have been steadily increasing, and train companies are responding by offering direct journeys between Amsterdam and London, and overnight trains from Amsterdam to Vienna and Munich. In general, the NS says that more people are taking the train.

Travelling within the Netherlands is also something that can be improved to minimise your impact on the climate. A third of the journeys made in the Netherlands are done by bike, which is fantastic: but I think most of us know we could bike more.

Additionally, in a country as well connected by public transport as the Netherlands, there is rarely a reason to use a car. Plus, by making use of public transport, you’ll be avoiding the farmers and their tractors, whenever they decide to grace us with their presence again.

Do you have any more tips for reducing our impact on the environment? Let us know in the comments below.