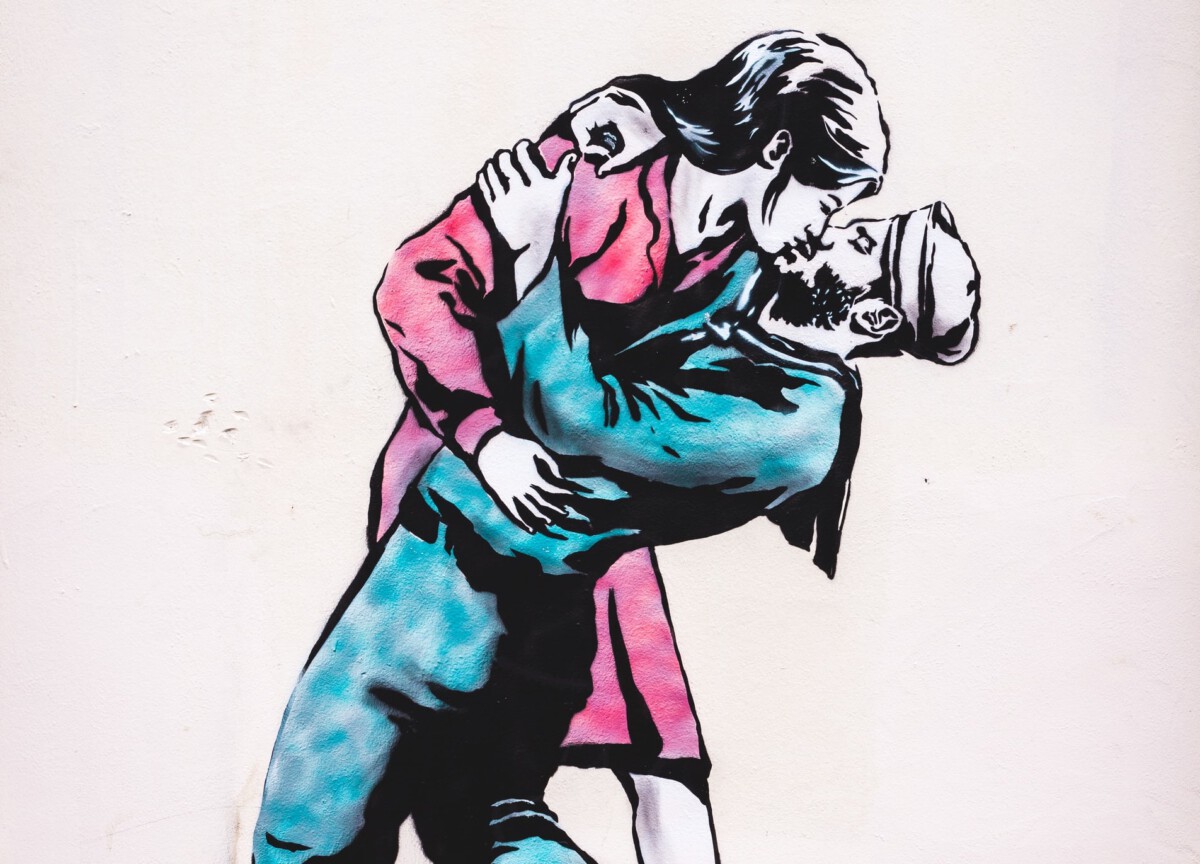 Ongoing movement restrictions induced by COVID-19 have created a breeding ground for domestic violence, with women and children the most affected groups. This exposes a sometimes underestimated pandemic that has been haunting the world since the beginning of time – gender inequality.

Contrary to popular beliefs, women in the Netherlands are still battling with outdated gender norms and the legacy of legally ingrained inequalities between the sexes.

A quickie with the law

Up until 1956, Dutch women lost their jobs by default once they got married and it was only in 1974 that the government actively started to implement measures that sought to assure equal opportunities and rights for women and men. Still, it took until 1984 for wives to have the same rights as their male spouses.

Prior to that, the word of the husband legally prevailed over his wife’s in domestic decisions like child education. And now, imagine this: until 1991 there was a clause in Dutch law that excluded marital rape from rape legislation, meaning that the generation of our mothers could not prosecute the man that raped her if he was her husband. Pretty hard to believe, isn’t it?

Money makes the world go around

In the Netherlands, girls outperform boys in secondary school and more girls go on to university and if that wasn’t enough already, do better once there. But then, the picture slowly but surely starts to shift: the higher we climb up the career ladders; the thinner the field gets for women. Keeping our focus on Academia, many women pursue PhDs, but the number of female professors in the Netherlands is at only 23.1%.

In the work world in general, less than 30% of senior-level positions are held by women, and women look after the household and children twice as often as men. Consequently, more than 3.3 million Dutch women are not financially independent. Staying at home and taking care of the family might be a choice because it is no longer written in the law, but it is a choice rooted in expectations surrounding gender. Otherwise, the same number of men and women would choose to stay at home. Prevailing norms have real-life consequences because being financially dependent on a partner only works as long as a relationship remains intact.

The impact of being a mum

Many mums I spoke with in the past told me about bright career prospects after completing their PhDs but instead opted to stay at home and care for their children instead of joining the rat race of money-making. Now some years down the line, they feel trapped if they don’t want to be with their husbands anymore. Having dedicated most of their life to unpaid work, getting back on your feet, and starting a career after all these years is difficult, some might even call it impossible.

Getting government help is an option, but the fear of downgrading from that nice house with garden and losing some of that comfort and status keeps many to stick in situations they don’t want to be in. This is indeed a privileged predicament, but it is nevertheless one that women in the Netherlands are more likely to face than men. Alimonies sometimes, but not always do the deed.

I used to be annoyed by this type of argument — my mum is a single mum and was mumming and working at the same time, so it is possible to do both. My line of reasoning was that women should simply always make sure that they work too so they’d never get themselves in a situation of dependency in the first place.

My mother has managed to raise my sister and me into decent adults with no more issues than the average human. But now that we are grown and she has a partner who pays half of the rent and kills spiders (previously my task) I can see how she’s blossoming with responsibilities lifted from her shoulders; happiness is resurfacing as she can finally be her own person again.

I realized that organizing life in a way that generates the most happiness might mean that one partner stays at home to take care of the kids while the other one works. However, this shouldn’t be a gendered undertaking and the choice to do the unpaid part of the puzzle shouldn’t bite you in the ass later in life when the love wasn’t meant to last.

Pandemic-era domestic work isn’t being divided more equitably than before the lockdown, a survey says.⁣ ⁣ Researchers asked: Who is spending more time home-schooling children or helping them with distance learning? Turns out 45% of men believe they are carrying the weight of the new parental chore, but only 3% of women agree. Even though men and women are both doing more, the survey found, the results suggest they aren’t dividing the work any differently or more equitably than they were before. ⁣ ⁣ “Being forced to be at home is amplifying the differences we already know exist,” said Barbara Risman, a professor at the University of Illinois at Chicago. “What terrifies me for the future is if it will push women out of the labor force in a way that will be very hard to overcome.” Tap the link in our bio to read more about how parents are divvying up new pandemic-era parenting duties. Or not.⁣

In the case that both partners work, it is still likely that the woman’s share of household duties is disproportionately higher in comparison to her man. A married friend who is a mom told me about a running joke between her and her career go-getter female friends. One shouts “he asked for the list again” and sympathetic moans and wine pouring will follow.

“The list”, is a demand from their supportive, caring and sometimes stay at home husbands and fathers demand: “schatje, what do you need me to do”. The proudly progressive husband takes care of the kids, but while the woman is out there making that coin she still needs to be the brains behind the organization of the household.

She needs to think, so the husband can do the chores because, apparently, his eyes don’t see the same way hers do. The responsibility that unexpected walk-in guests aren’t shocked by the sight of dirty dishes and that the kids have an adequate present for the neighbours birthday party still rests with the woman, because if she doesn’t do the thinking, no one will. At this point, it isn’t a choice anymore, because if she chooses not to do the list her children will eat pindakaas sandwiches for lunch every day of the year (I stand corrected, this one actually is an accepted way of lunching here in NL). So it echoes through the Netherlands households: “honey, I want you to do the list!”

Women are hailed for doing it all, pursuing their career all the while being a caring mother and wife, and let’s not forget the yoga to stay in shape. The standards set for women are incredibly high. Yes, patriarchy doesn’t look like the 60s anymore when gender inequality was written in the law but has taken on a disguised form hidden behind the image of the superwoman. And this has real-life consequences: in the Netherlands, women much more frequently than men suffer from a variety of psychological problems such as depression, anxiety, and eating disorders.

Moving on to a particularly troublesome dimension of the discussion: physical security.  Let’s start with some numbers because is an argument even valid if not backed up by of authority dripping statistics?

Would you have guessed that in a safe country like the Netherlands, 45% of all Dutch women experience domestic violence at some point in their lives? Me neither.

Yearly, 200,000 people, mainly women, experience serious forms of violence at home. Catcalling and other forms of harassment are part of a woman’s every day. Before I found more meaningful work, I worked at a bar in Leidseplein for a few weeks trying to make ends meet while studying for my Masters at the University of Amsterdam. After the shift ended, it was impossible to walk to my bike in peace as I was disturbed by men every single time.

And this is normalized: “well, what else do you expect at this place and time…” Well, I did expect it, but accept it? Hell no. No one should have to choose between a job and their safety, no matter time or place. I had to learn not to talk back because that can escalate quickly, hence I move the streets with tunnel vision and headphones like a zombie, in a sea of other women who had enough.

A friend from Uni told me that at the age of 15, the Dutch, beer-bellied boss at her farmer’s market job had the habit of making her and the other females sit on his lap during work hours, despite their shy protest, for everyone to see. She was uncomfortable but also not fully aware that this falls into the category of sexual harassment: “Is he just being nice?”

At University, my female friends who are sexually active and not in monogamous relationships exchange stories on Monday mornings of men that still don’t understand the concept of consent and that “no” does not mean “convince me”. Saying no is not easy, especially for women who are socially conditioned to be polite even in their critique. Sometimes men become perpetrators, unknowingly because no one taught them any better, and women are unaware that their feelings of discomfort are rooted in the fact that they have been sexually harassed or assaulted.

I can’t recall a single event at University addressing such issues that highly affect the student body (literally). We want to have sex, but safely, and it shouldn’t be a one-sided responsibility to assure this when getting jiggy with it. To quote Taylor Tomlinson, one of my favourite female comedians: “I don’t know if you have tried to get a 20 something dude from a dating app to wear a condom recently – but it’s sort of like trying to convince a five-year-old to put a jacket on…over his Halloween costume”.

It is society’s collective duty to educate. So can we please start teaching boys that “maybe another time” means no, just as much as certain body language does. And before you start typing away in the comment section “not all men…” we already knew that, please tell me something new.

P.S. In this piece I didn’t manage to address that gender norms can also be very harmful to men, that will have to wait until next time.

What’s your perception of gender inequality in the Netherlands? Tell us in the comments below.