As the UK Government ends Erasmus membership, I implore you to make the most of the scheme

Living in the NetherlandsEducation
January 15, 2020 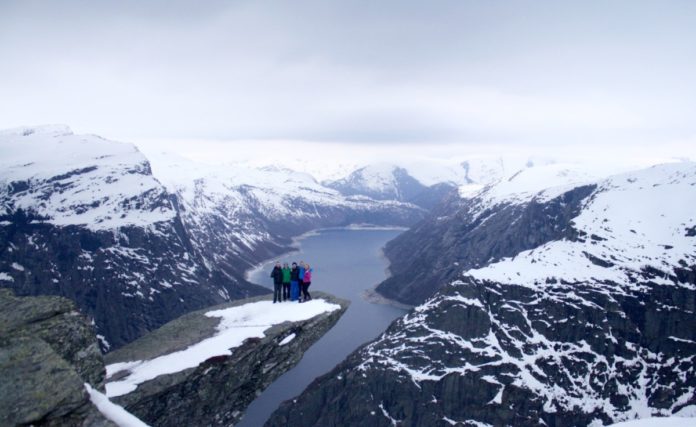 At Christmas, I played “conversation starter” cards with my family, where you draw a card and answer the question on it (fairly self explanatory). One of the cards read “what was the happiest period of your life?”. I immediately answered “my Erasmus in Norway”.

Last week, I learnt that the British government voted down an amendment that would continue their membership in the Erasmus scheme. Erasmus is an initiative that allows students in the EU to study at other universities in Europe while receiving a stipend. Such a decision devastates me because I know what an exchange meant for me and millions of other Erasmus alumni.

When I first went to Bergen, a mountainous city on the west coast of Norway, I spent the first seven weeks alone. This is because I skipped the orientation events in the first couple of weeks to travel instead (bad mistake – don’t do it). At the time, I just got on with it and saturated my day with podcasts to curb the loneliness.

On my eighth-week I heard about a party that was happening downtown and I decided to head there by myself. I reasoned I was already alone 24/7, so what difference would getting rejected from this party make. I walked in uncomfortably, slapped a smile on my face and went and sat next to two German guys. We chatted a little but they were very standoffish with me and I left shortly after. To my surprise, one of them invited me on a hike the following day and as the cliche goes, the rest is history! I was welcomed into their friendship group and the next five months were a blast.

The specialness of Erasmus (contrary to what the Erasmus press office might promote) rests on the unrivalled freedom you get. In no other time in your life can you simply wake up and do whatever the hell you want.

Climb a mountain? Sure.
Picnic at the top? Why not!
Skull a bottle of gin and descend the mountain while inebriated? Ah screw it.

For those who haven’t done exchange, they must grin and bear through the “My ExChaNge ReaLLy ChAnGed Me. I FeEL so ItAlIAn” conversations on their Erasmus friend’s return.

But for those of us who have done exchange, we can laugh and rejoice in the knowledge we have experienced something unique.

Most exchange students will remain close to their exchange friends for life and a 2014 study suggested nearly a third of people who go on a study abroad will meet their future partner. The European Commission estimates that since Erasmus’ inception in 1987, around one million babies are likely to have been born to Erasmus couples. There is a unique comradeship you gain from spending a limited time abroad in a foreign country with strangers. You share a knowledge about the impermanence of the whole experience which in turn, gives you all ammunition to seize every opportunity. Like the time I agreed not to shower for five days because John bet me ten euros I couldn’t. I lasted two days until my friend Sally threw up over me after one too many vodka shots. Or when me and Eliza unhinged our friend’s apartment door and covered the entirety of it in newspaper while he was in class (we had to plan well given most of us attended roughly 3 classes the entire semester). Or when my boyfriend at the time and I set off on a four day hike, only to have a Norwegian come running after us screaming “you can’t walk here, it’s all melting ice! You’ll sink right through! Did you not research?” Well, unless we both had a death wish, we evidently did not research.

I know many people’s Erasmus experiences don’t always turn out how they expect. It is often not, contrary to their expectations, a whirlwind of heated one-night stands with beautiful Swedes and sangria-soaked evenings. But I also know from the first few weeks spent alone that an Erasmus is worthwhile even if expectations aren’t met because you’ll learn and grow anyway. You’ll learn resilience, independence and gain empathy for those struggling with loneliness. You’ll notice the person standing alone at a party and instead of judging them, you’ll reach out and include them when no one else does.

It’s been four years since I completed my Erasmus and the nostalgia still frequently catches me off guard. When it does, I cry with a mixture of longing and gratitude.

What has the British Government actually voted against?

When debating the Brexit bill last week, the government voted against “New Clause 10”. This clause would have made it mandatory for the government “to seek to negotiate continuing full membership of the EU’s Erasmus+ education and youth programme”.

If they voted for it, then they would have had to debate the terms on which they remained part of the Erasmus+ scheme. But they didn’t.

A spokesman for the Department for Education later said “The government is committed to continuing … the next Erasmus+ programme,” but added the alarming caution, “if it is in our interests to do so.”

Sure, but what has this got to do with the Netherlands?

Well, the entire Erasmus+ scheme, founded in 1987 was named after the well-travelled Dutch philosopher Desiderius Erasmus of Rotterdam. There is also the Erasmus University in Rotterdam named after him.

But more widely, we need to recognise the value in Erasmus and take advantage of it while it’s still available.

Studying abroad improves a candidates employability. The European Commissioner for Education, Culture, Multilingualism and Youth, Androulla Vassiliou, said “The message is clear: if you study or train abroad, you are more likely to increase your job prospects,” the Independent reports.

The European Commission’s survey of former Erasmus students also shows an Erasmus broadens peoples’ horizons and social links and about 40 percent of Erasmus-goers live and work abroad later in life.

On 31 January, when Britain leaves the EU, I will think how lucky I was to do an Erasmus and if this does turn out to be the end of the Erasmus scheme for Britain, I will mourn for future students who have had the opportunity ripped away from them. For EU students still lucky enough to do an Erasmus, I implore you to do so while you still can.

Previous articleClimate change is bad for tulips, too
Next articleAmazon.nl is coming, and that’s not good news for the Dutch high street

Wanna learn Dutch, but you're not sure where to start? Then you're in luck! Whether you're looking to move to the...