Tired of throwing away your rent money but not feeling wealthy enough to spend — let’s face it — hundreds of thousands of euros buying a house in the Netherlands?

Fair enough, getting a mortgage of €436,000 seems ludicrous when you’re spending two minutes in the supermarket pondering between spending €2 on Boursin or 50 cents on artificial garlic cheese. Yes, I am that person, but at one point in my life, I also got a mortgage and that turned out to be a life-changing, but good, financial decision.

Yes, a house costs a boatload of money, and yes, it can be an expensive adventure. But there’s a reason why everybody is trying to buy a house in the Netherlands: in the long run, it’s almost always the smarter financial option and in many ways, the Netherlands is a country that’s set up for home-owners.

So how can you, as an expat in the Netherlands, actually benefit financially from having a mortgage?

So let’s talk about how for many people buying a house in the Netherlands, or getting or switching to another mortgage, can actually be a wise financial move.

In my experience, most of the costs of getting our mortgage were paid at the notary office. But did you know that all mortgage-related costs are tax-deductible when applying for a mortgage?

Think of the advisory and mediation costs, the valuation report, mortgage deed at the notary and the costs for the NHG. In my personal situation, we paid over €4500 and had €3500 returned to us after a few months by the tax office. This whole process was taken care of by the mortgage intermediary.

Furthermore, the interest you pay is also tax-deductible for your own mortgage. This lowers the monthly expenses in some cases significantly. But we’ll talk about the doozy that’s the hypotheekrenteaftrek later on in this article.

“Many people are actually surprised that after a few years they have actually paid off quite a sizeable sum. Sometimes this is €20-30,000 in five years. That’s also real-life money that will flow to your bank account if you decide to sell your house and move away from the Netherlands”

Richardo also added that being an international isn’t an issue. “At Expat Mortgages we also frequently arrange mortgages for internationals that haven’t set foot in the Netherlands before. So if you don’t want to spend money on rent, we can get the whole mortgage deal ready while you’re still abroad, which is also handy in these turbulent COVID times.”

And in that way, getting a mortgage in the Netherlands is also a savings/investment thing for the regular man

My pension could be healthier, so I’m keen to take care of my cash. But will there be any financial windfalls in the future? Well, there certainly won’t be if I rent a house. In comparison, in 25 years when I pay off my humble home, I can live mortgage-free, or sell it and use that money to sail around the world.

Of course, it works the other way around as well. If you sell your house for less than you bought it for you might be left with a debt (usually this isn’t the case since you’ve already paid off a bit of your mortgage, but still). But as long as houses in the Netherlands are in strong demand and prices are rising, that shouldn’t happen anytime soon.

Inflation works for you in 5-10 years, and definitely in 15 years

Inflation means that money is less valuable over time, but also that certain items increase in value. For example, if inflation is 2% per year (not a weird number for the Netherlands) then a house purchased for 100K one year will be worth 102K the following year.

But the good thing is, that while the rent you pay is adjusted for inflation, your mortgage isn’t. For example, my brother’s mortgage is 600 euros a month. That was a lot of money when he purchased the house in 2004, but is a steal today.

Mortgage interest rate deduction, a big reason why having a mortgage in the Netherlands is a smart move

Now we’re getting into that tricky ‘hypotheekrenteaftrek‘ word. As an introduction, my mortgage payment is €885 per month and we get €110 per month from the tax office to compensate for that.

Richardo also says that because interest rates are currently so low, the tax rebate itself is not so significant. That’s a plus — at the moment we pay low interest and enjoy low monthly payments. Of course, if interest rates jumped up again, you’re suddenly getting a high tax deduction — win-win!

If you feel a little lost about this, don’t stress — it’s a complicated thing! Luckily, it will all be nicely explained during the mortgage application process.

Move to a new house, get a new mortgage with a lower interest rate

If you have read any economic news in recent years you’ve probably seen that already low-interest rates are at an all-time low now. So how can that help you with saving money on a mortgage?

According to Richardo, interest rates in the past four years have halved — they’re currently around 1.5%.

“If you already own a house and you bought it a few years ago, you probably received a good interest rate, for that time!” explains Richardo. But now, interest rates are half of what they were four years ago — around 1.5% today.

That means that if you move to a new house now, you’ll get a whole new mortgage with the latest interest rates. “In many cases, this means higher current property value, lower interest rates, same monthly expenses for a bigger place,” says Richardo.

There’s one last thing where you can save money on your mortgage. This is where things get complex, but you can reap some serious profit as a current homeowner.

Sometimes it’s possible to re-negotiate your current rate. According to Richardo, there are two possible routes:

Option one: renegotiate with your bank

In this option, you’ll renegotiate with your current bank — but you’ll pay a penalty which will be reimbursed through your interest rate. While this can lower your monthly payment slightly, it doesn’t have the biggest impact.

Option two: break your contract and get a new one

By breaking your bank contract you’ll pay a penalty — but you’ll get today’s interest rates, and your penalty will be tax-deductible. It will take between 2-5 years to earn back your penalty, depending on when you purchased your home.

Obviously many factors come into play with all of this, and for quite a few of these steps you would need some expert advice. It’s always important to have an expert on your side when you’re making such a major life decision, and I think we can all agree that buying a house is certainly that. Saving money on something as a mortgage might be a bit complex and not arranged in five minutes, but in the end, can be a huge saving.

Serious about buying a house in the Netherlands?

If you’re in the process of buying a house in the Netherlands or are just curious about the possibilities of saving money on your mortgage, head over to Expat Mortgages and ask them for some help. If you’re still orientating on what comes to play if you want to obtain a mortgage in the Netherlands then you might also want to check out when Expat Mortgages have their next webinar. They have one every week and it’s the perfect first step to get your head around this grown-up challenge.

Richardo was great with all his advice and they have advisors in every region of the Netherlands for every kind of challenge. Since they only work with expats and internationals they really know their stuff when it comes to all the specific details and peculiarities that come into play when it’s a foreign person trying to get a mortgage in the Netherlands (and meeting up digitally through zoom or hang-out is what they’re all about)

Have you renegotiated your mortgage in the Netherlands? How did it go? Tell us in the comments below! 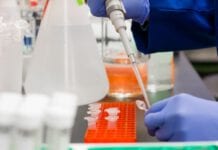 Dutch employers break law to drug test workers, push for it to be made legal