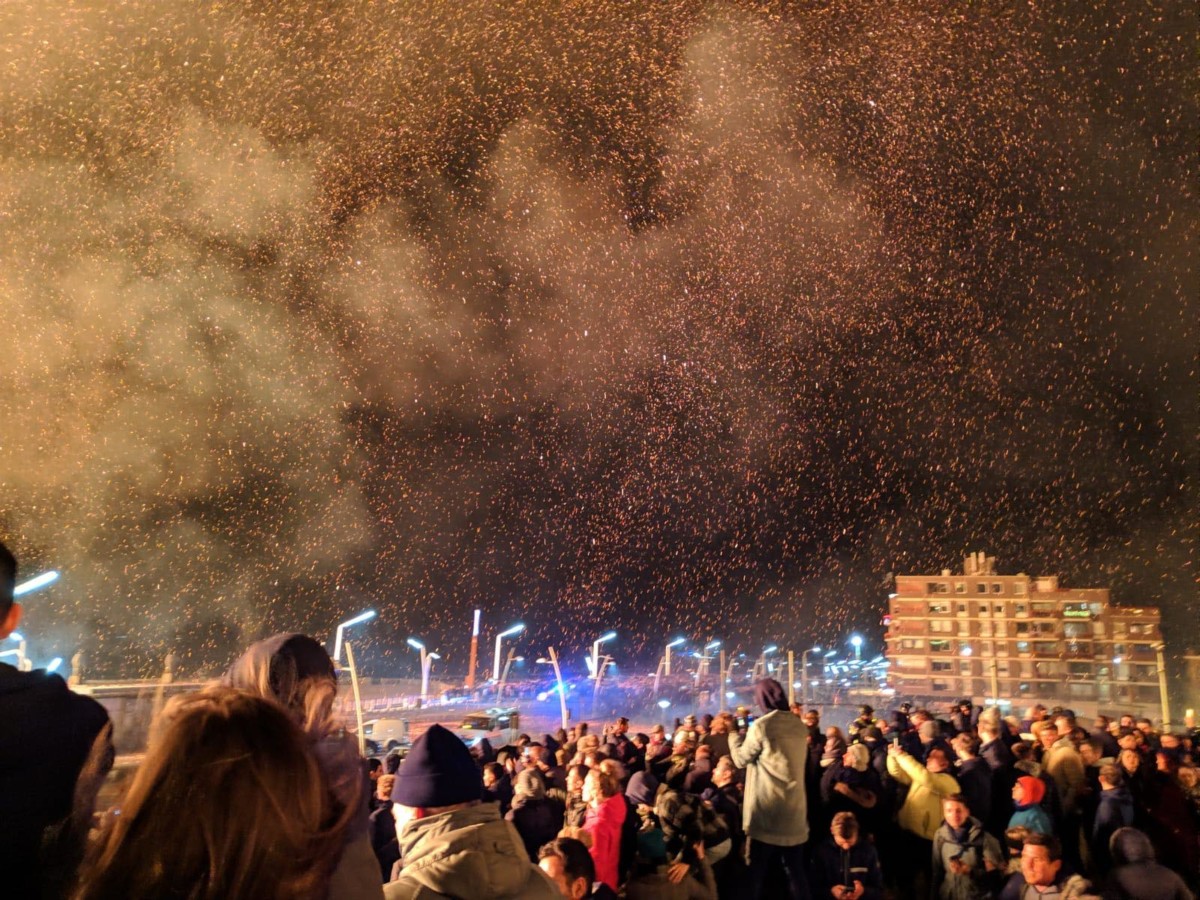 Dutch fails – huh? It sometimes seems like the Dutch are good at everything they do. Just this year the tiny country ranked #5 in the UN Happiness Report. Unsurprising, considering they come in the top six every year.

Tourism is at such an all-time high that the Dutch are actively discouraging more visitors. Dutch children are even scientifically proven to be happier than kids from the United States a.k.a the ‘land of opportunity.’ The Dutch have more bikes per capita than any other country, the best wastewater management systems in the world, an incredible attitude to waste, and they’re even really good at growing tall. And, we can never forget, they’re the best non-native English speakers in the world.

But, let’s cut to the chase. No one can be good at everything, right? Not even the Netherlands. So, let’s all nurse our own egos and have a look at some times the Dutch really missed the mark. Nothing better than focusing on someone else’s flaws, right?

Above: a traditional ecoduct. Below: the Den Haag squirrel bridge

In 2012, Den Haag became concerned about the number of squirrels that were dying when crossing the N44 motorway. Sweet, right? Their solution was to build a bridge specifically for squirrels to finish crossing. But, we’re not talking about a huge, wide eco-duct that can fool animals into believing there is no highway at all. This was a narrow, wire bridge, just wide enough for a rodent to scurry across to safety.

Why was the Den Haag squirrel bridge a Dutch fail?

€150,000 went into building this not-so luxurious animal crossing, but no worries, because we’re saving cute, fluffy squirrels, right? Wrong. After only two years, CCTV evidence showed exactly five squirrels had made use of the bridge. That’s €30,000 per squirrel, a.k.a the most expensive squirrels ever.

The (then) Mayor of Den Haag explained the money was used from a national fund for environmental compensation, in an attempt to justify the expense. Mate, we still think perhaps there could have been a better use for that cool €150,000.

FYRA was, quite simply, a train that was going nowhere. When the general public start alliterating in unison you know something is a big deal. The FYRA Fiasco was nothing less than a royal, giant stuff-up of epic proportions.

The Netherlands and Belgium touted FYRA as the future of travel between the two neighbours. The Dutch government dropped a hefty €7 billion on the trains that should have travelled up to 300 kilometres an hour. Let’s not forget this rail line already existed and had to be decommissioned for the project. They just wanted it to be faster.

Why was FRYA a Dutch fail?

The bottom line of the fiasco was that huge outlays eventually led to cost-cutting – on the trains themselves. The (so-called) High Speed Alliance skimped out by purchasing slower trains from the cheapest bidder, a young Italian manufacturer. The Dutch love a bargain, right?

In the weeks after the line opened, a huge amount of the trains were cancelled or significantly delayed. Within just four months of service, the trains were revealed to have water leaking inside, erosion and rust after travelling just a few kilometres (no joke), brakes that were only compatible up to 160 kilometres an hour, and batteries catching on fire. That’s quite a list of grievances!

5The Scheveningen Bonfire that went up in flames

The bonfire turned into a fire-bomb. Image: Emma Brown

The Scheveningen Bonfire started out like every other celebration of the annual New Years event. By the end of the night? It was literally raining fire. New Years 2018 was the fateful night for the scheduled fireworks and a 48-metre tall bonfire. Thousands turned out in droves on bikes and cars to watch.

Why was the 2018 Scheveningen Bonfire a Dutch fail?

The organisers realised the wind was too strong and blowing in the wrong direction as soon as the bonfire was lit. But, alas, it was too late. Huge embers began raining down on people, police began evacuating the crowd, and the event turned into chaos.

Fire engines were called to put out embers that had fallen on surrounding buildings, bikes were burnt, cars melted, and houses were damaged. A night supposed to fill the crowd with warmth quickly turned into a hells living room. Thankfully, no one was hurt.

If the plan was to build a tornado of fire and cause huge amounts of damage, congratulations, it was a success! But, we’re happy to call this a pretty big ol’ Dutch fail.

I’m calling it, guys. The worst thing about the Netherlands is paying to pee. 50 cents to take a whizz? 70 cents? It’s robbery. But what makes it worse is that guys have the luxury of whipping it out whenever they need. The municipalities even encourage it with the free-standing pee stations that sit propped up on corners.

Why was female public urination a Dutch fail?

This dilemma ended up in the Dutch court system after Geerte Piening, 23, received a €90 fine after popping a squat in an alleyway after a night of drinking. When she fought the fine, a (male) judge told her she should have used a public urinal. a know, the ones engineered for men?

3The €2.1 million mosaic – that flew too close to the market

How Vredenburg should have looked. Image: Artist impression of Vredenburg Markt by Jennifer Tee, Gemeente Utrecht

Vredenburg is one of Utrecht’s most recognisable town squares, in the main shopping area of the city. The municipality attempted to update the area in 2019 with a new mosaic that covered the square.

A design with a homage to classic market items was eventually chosen after a public vote: a fish, a leek, a croissant, an olive and a button. Cute, right? Well, no.

Why was the Utrecht Mosaic a Dutch fail?

People simply couldn’t tell what they were looking at when on ground level – it just looked like a mishmash of tiles. The market (that the tiles honoured) made the situation worse. With markets come dirt, grime, and fishy-water. The featured tiles began to blend in with the surrounds under this delicious cocktail of mess.

The municipality of Utrecht washed away the coating, only for it to return. They attempted fancy polishes to bring out the colours and resist the dirt, but it was futile. In the end, the mosaic was simply a mistake – needing to be cleaned five times a year and every Sunday is just a reminder.

2The metro that made the houses sink into the Earth

Amsterdam’s increasing congestion problems were set to be solved by the Amsterdam Zuid-Noord line. The line was always forecast to be a difficult engineering feat – and an expensive one.

Construction started in 2002 and was expected to take nine years and €1.46 billion. In reality, it ended up taking fifteen years and €3.1 billion. Youch.

Why was the Amsterdam Zuid-Noord line a Dutch fail?

But the worst of it wasn’t the huge cost blowout and time delay. Turns out Amsterdam’s precarious historical underground was a less than stable foundation for the new metro line. The result? Houses built above it literally began to fall into the earth.

In 2008, a leak in the concrete walls caused water to inject into the metro line and collapse the ground underneath the Vijzelgracht. People inside their houses were sitting down to dinner when they began hearing strange creaks and groans. After running outside they saw their houses were sagging. Some dropped 25cm into the ground.

Residents were forced from their homes, and even after the line opened ten years later most of the buildings were still empty. Yeeesh! That didn’t quite work out the way Amsterdam thought it would!

The city of Den Haag created an outreach program for Islamic youth which hired youth workers to help integrate the children into the Netherlands and to identify any signs of radicalism.

Why was the Islamic youth outreach program a Dutch fail?

These workers received a three-day training course paid for by the National Counter-terrorism Coordinator. After the training, at least five youth workers with Moroccan roots ‘came out’ as Salafist – an ultra-conservative form of Islam.

One of the workers had ties with jihadists, may have been sending money over, and may have been in contact with recruiters. Perfect role-models for trying to integrate Islamic youth into the Netherlands, right?

Which Dutch Fail did you enjoy the most? Got a story of a Dutch fail that we missed? Let us know in the comments below! In the meantime, if you enjoyed these Dutch fails, check out ‘7 things that the Dutch kind of suck at!’