Visitors in the Netherlands will probably be struck by a very specific element about this country. Things tend to look, well, quite the same.

And by this, we do not mean that there are not different architectural styles. They are certainly out there, from Art Nouveau to Art-Deco, post-war modernism and more classical interpretations of architecture.

What we mean is a certain degree of aesthetic similarity. Be it that you are looking at the red bricks or the colour palette that’s similar from the pavement all the way up to the facades, it seems like there is tight control over how the Netherlands should look like.

How did all of this come to be? What’s up with all the bricks? How does the enforcement of colour pallets work? Find out about this and much more in our guide to why the Netherlands looks so alike.

Bricks, bricks and some more bricks

To start off our incursion into architecture, we need to talk about the building block of this country. Ah yes, the bricks. You must have noticed them too, as they are pretty much everywhere, and odds are you’ll run into more brick buildings than the un-bricked variety.

But why specifically brick, compared to any other building material? Well, in order to answer this question, we need to go into an incursion to the past.

It’s actually believed the word “brick” might have Dutch origins.  The Dutch have been developing bricks ever since the Middle Ages and their production just increased with time. However, despite their vital role in building, the brick makers were usually ostracized members of society, belonging to lower social classes.

Bricks processing plants were on the outskirts of cities, to keep the dust and smoke away from the centres. A report from 1873 from a municipality near Nijmegen stated that “As the number of brick kilns increases, so does poverty.” Child labour was intensively used in making bricks, including in the 19th Century. Children who were eight years old and younger would work 16-hour shifts, which might seem downright shocking in the welfare state the Netherlands developed into being today.

Now, the reason that the Netherlands made so many bricks is because of an abundance of clay, given the rivers that cross the country. Rivers like the Ijssel, the Rhine or the Waal were great sources of clay, which is the main ingredient needed in making bricks.

The bricks were not only used domestically, but exported as building material in neighbouring countries as well. You can find great examples of Dutch brick architecture throughout the United Kingdom. Other places that have Dutch bricks can be found in the former colonies throughout South-East Asia.

Depending on where you’re coming from, urban planning might not really be a concept. What I mean by that is that you might come from a place with winding and twisting streets, chaotically built buildings of various sizes and not much sense of order.

Well, the Netherlands is certainly the opposite of that, and it’s not hard to see why. With a small area size and a population of 17 million, screwing up urban planning means the country wouldn’t function well. One thing that definitely aids in urban planning here is that the country is relatively flat, so architects and planners don’t need to work around things like mountains.

While I miss the chaos of cities in my home country, there’s something to appreciate about the orderly way Dutch cities are built, even if it makes them quite bland at times.

The most major event you need to know about in recent history is the construction boom that followed WW II. This boom happened simultaneously with a population boom, that lead to overcrowded inner-cities that became gradually unsafe.

But with space available outside of the Randstad, urban planners started to build cities, such as Zoetermeer and Hoofddorp. Many such cities popped around the country. And while they are certainly effective, they are also terribly bland, unmemorable and look-alike in the sense of architecture, colours and general vibe.

If you’d like to read more about that period of time, you can check out our article on spatial planning after WW II.

Let’s say that you are now the proud owner of a Dutch home. Bored with all the brown on its facade, you choose that it’s high time you give it a makeover. Let’s say you choose to paint it all blue. After that, you also think that it wouldn’t be bad to add an extra floor or two. You commence your work when, surprise, you just got a fine through your newly blue-painted letterbox. What has happened?

Enter the Welfare and Monuments Committee, or Welstandscommissie in Dutch. Any sort of building permit, facade modification, extra-floor and the like need to pass through them first. They are responsible for making sure all new constructions or modifications follow a rigorous guideline, lest everything turns completely chaotical.

So if you are planning on changing something to your building, or building something new entirely, make sure you give them a call beforehand in order to avoid a heavy fine.

This sums up our article on this look-alike country. Like always, it’s a combination of history and purposeful choices of design.

Is there anything that we missed in what influences the fact that everything looks the same in the Netherlands? Let us know in the comments! 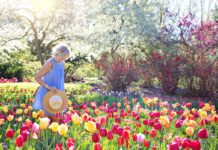 Missed tulip season this year? Why not grow your own! 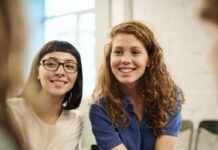 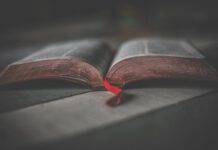 Religion in the Netherlands: a perspective on the different religions in the country