In typical Fox News fashion, the American right-wing entertainment/propaganda company has refused to air an interview where one of their entertainers (Tucker Carlson), who also poses as a journalist, completely loses it and calls Dutch historian Rutger Bregman a moron.

Rutger stated that Tucker couldn’t stand being criticised and resorted to name calling and hurling insults when his critical thinking skills failed him – like they always do!

Tucker Carlson, the Fox News host and propaganda poster boy couldn’t stand Bregman’s directness right from the beginning of the interview. Bregman argued (with verve) for a basic income for the unemployed. He had previously written the book ‘Free Money for Everyone’ and strongly believed that a basic income for the unemployed could be funded by revenue generated from taxing the very rich.

Tucker Carlson had seen the video in which Rutger told a room full of billionaires that they should start paying their fair share of taxes. He bravely denounced the tax avoidance of large companies during the world economic forum in Davos and that was the reason why Tucker invited him for a conversation on his show Tucker Carlson Tonight.

So where did it all go south?

Well, it started with Rutger Bregman criticising Tucker by telling him that one of the reasons why he never speaks truth to the wealthy/powerful is because he’s in their pockets. “You’re a millionaire funded by billionaires, that’s what you are … You’re part of the problem,” he said just before Tucker Carlson completely lost it!

Tucker then replies by calling Rutger a “Fucking moron,” because Tucker is definitely not a real journalist. Carlson also doesn’t like paying taxes and is not a fan of idealists like AOC or Rutger Bregman.

‘You’re a millionaire funded by billionaires… and what they want you to do is scapegoat immigrants instead of talking about their tax evasion.’

Whoah. The direct, relentless clarity of this exchange is ???. https://t.co/uIxHyqGaQY

“Moron … I wanna say to you why don’t you go fuck yourself – you and your tiny brain,” Tucker says as he somehow feels that that was the best comeback ever in the history of television or interviews.

The pre-recorded interview was supposed to air on the 11th of February on Tucker Carlson’s show according to the Dutch historian. Bregman later tweeted that Tucker sent him an email which said:

I loved what you said at Davos, so I had high hopes for our interview. But you turned out to be far dumber, more dogmatic and less impressive than I expected. You’re a professional academic, so I guess I shouldn’t be surprised, but it was still disappointing. Also, for what it’s worth, you’re an asshole.

Bregman has asked us to stay tuned, so we should be getting some more news in the coming days!

It doesn’t come as a surprise that Tucker Carlson would find a problem with Rutger Bregman’s manner of thinking. Tucker has always been a fan of Trump and the Republican party and has used his show to spew all manner of falsehoods that any moron with some airtime can cook up! He is one of those wealthy Americans who wouldn’t want to pay more tax no matter how rich they get. Tucker is one of those Republican Party backers who staunchly believes in the GOP tax cuts and trickle-down economics and every other form of tax evasion because he defends Trump who is quite known for evading tax and refusing to release his tax returns. He is just like the loudmouthed US president he supports. The type to resort to insults and name-calling when the intelligence of his opponent overwhelms him!

Tucker Carlson, Fox News and the Republicans are so afraid of intelligence and academia. They like to keep people uninformed so that they can be easily manipulated. They don’t read books, believe scientific evidence or listen to the wise words of seasoned professionals and proven experts if what they have to say doesn’t match the GOP’s right-wing agenda and archaic way of thinking. Tucker is the moron because he doesn’t have critical thinking skills and if he believes that Rutger Bregman’s brain is tiny, then I’m afraid that we’ll need an optical microscope to view his! 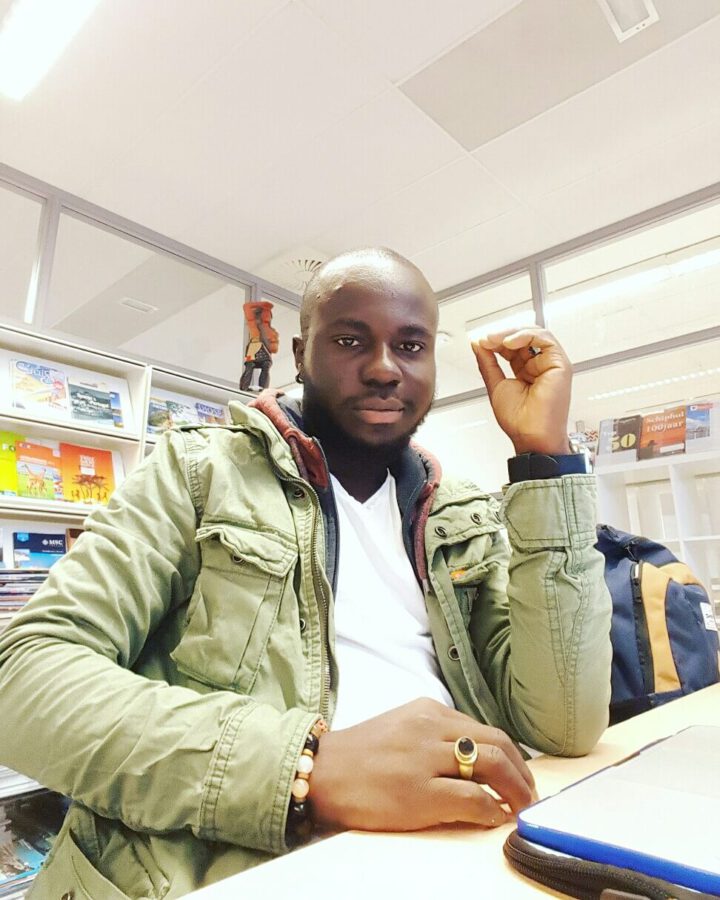