One-day trips in the North of the Netherlands: off the beaten paths! 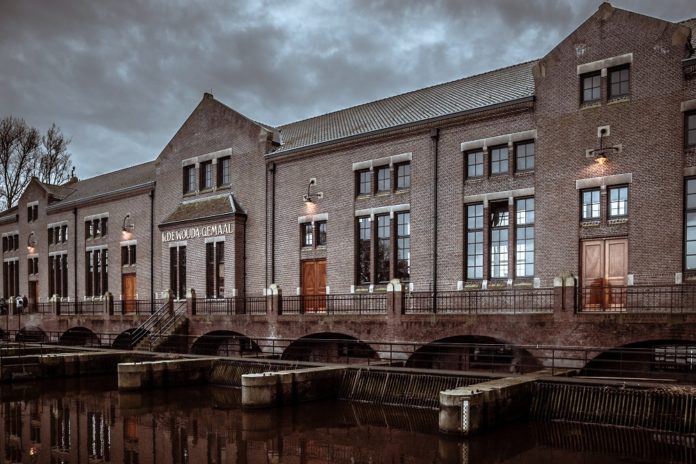 As the city motto goes, Er gaat niets boven Groningen, or: there is nothing above Groningen. This tells you that 1) the city is amazingly alive, and 2) it can feel like it’s pretty much in the middle of nowhere. And the second statement is not so wrong, considering that the provinces of ‘the North’ (Groningen, Friesland and Drenthe) are in the top 5 of the least populated provinces in the country.

But if you try and wander around Noord Nederland, you’ll discover that there’s more to see than your typical Bourtange or Giethoorn.

Trips in the North of the Netherlands: Hortus Haren (Groningen)

The botanical garden was created in 1626; it is located just south of Groningen, and it’s the largest in the country. While it has been struggling for some years with increasing costs for maintenance and decreasing numbers of visitors, I think it is still worth a visit on a sunny day: its Chinese garden and Celtic garden can be magical.

If we’re talking about trips in the North of the Netherlands then we can’t leave out Friesland of course!

Franeker was founded around 800 as a Carolingian stronghold, and the name probably derives from Froon-acker (aka “country of the king”). The city used to be one of the most important ones of the area and housed the second oldest university of the Netherlands from 1585 to 1811.

But what’s really worth a visit in Franeker is the Royal Eise Eisenga Planetarium: a still-functioning 18th-century orrery (and UNESCO World Heritage Site candidate). Long story short: this guy, Eisenga, had a wool shop, and on the side studied as autodidact mathematics and astronomy. When everybody in his town was going nuts because they thought 3 planets were about to collide, he started building this planetarium model on the ceiling of his house, to show that the planets were actually very far apart. It’s the oldest functioning planetarium in the world!

For the geek among us, this pumping station is the largest, still operational, steam-powered pumping station in the world! It was opened in 1920 and was used to pump excess water out of Friesland. Today it is used only as a ‘help’ to more modern pumping stations in case of exceptionally high water levels in the province (and this actually happened on the day this article was written! You know, with all the rain of the passed weekend). So if you would like to see one of the few UNESCO World Heritage Sites in the Netherlands, go take a look at this interesting industrial wonder which sure makes for one of the more interesting trips in the North of the Netherlands!

This event happens specifically in Easter (usually Easter Sunday), but it is a very fun and interesting tradition in these provinces that symbolizes spring taking over winter (and conveniently enriches the soil with the ashes). In many open fields you’ll see enormous piles of wood, trees, and basically, anything that could guarantee some spectacular fire, surrounded by flocks of families and kids having (literally) a field day.

If you have other suggestions, let us know with a comment!

Previous articleVisiting my fallen uncle at the Dutch Crossroads of WWII
Next articleAmsterdam Museums Review A+ or F?