57,000 People Want to Sit on a Dutch Beach to Watch Brexit Unfold Across the Water 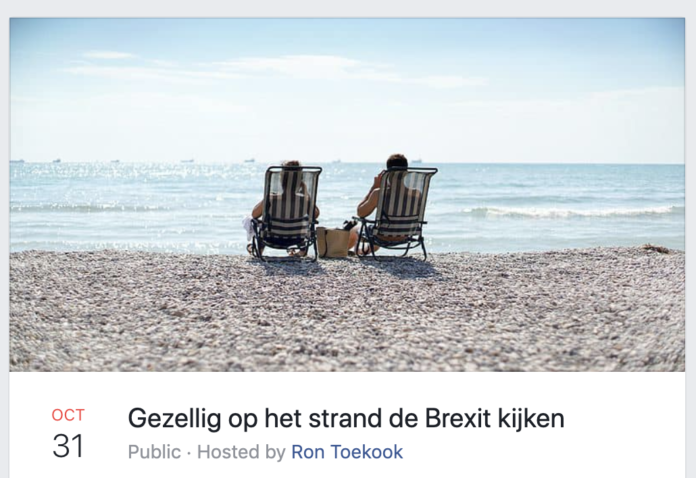 Roll up your sleeves and dip your favourite calligraphy pen in ink, because this is one event you won’t want to miss. A Dutch Facebook user has sent out an open invite to watch Brexit across the pond from the safety of North Holland beach.

The event is scheduled for October 31st, the deadline for the UK to leave the EU. Boris Johnson has vowed to leave with or without a deal. The responses on Facebook have, of course, been pure gold. “I can’t do that day… could it be postponed?” said one user. “Might be nice to end up with a high tea!” suggested another.

Almost 8000 people have committed to attending the event, but it could get out of control with more than 57,000 other people interested.

Musical suggestions are being welcomed, with a band possibly playing ‘It’s quiet across the street’ and ‘We’ll meet again.’ Other people have suggested songs like “Somebody that I used to know” by Gotye, and “Sunday bloody Sunday” by U2.

Heading to the beach on October 31st? Got a song suggestion? Let us know in the comments below!

Previous articleAll the Reasons You Should Be At Noorderzon Performing Arts Festival 2019
Next articleTabú! For your Laidback Latin Food and Vibes in Leiden