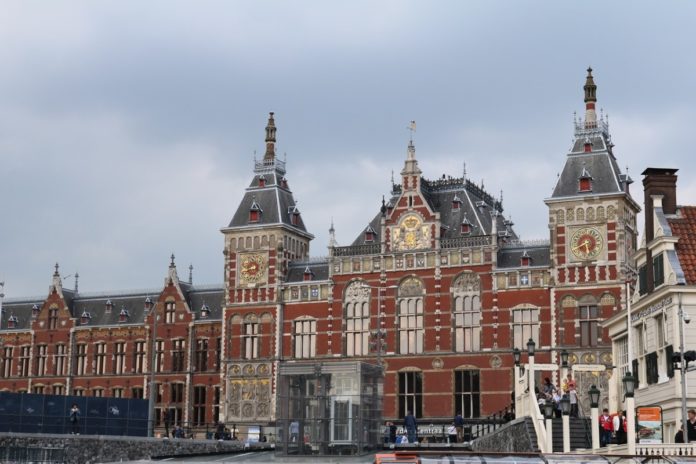 Jawed S, driven to ‘defend his prophet’, stabbed two American tourists last year at Amsterdam Central Station. Earlier today, the Public Prosecution announced they believe 25 years in jail is the sentence he should be given.

As well as the prison sentence, monetary compensation for the victims is also recommended. Both victims have claimed over 3 million euros.

Shocking images revealed how Jawed stood for a while, surveying the area before making his attack in the central station ticket line. Both tourist’s wives stood close by.

S slowly drew the concealed knife from his backpack, took a step forward and planted it in the first victims back. He then lunged and stabbed the other man.

Police responded to the situation immediately and shot S with two bullets causing him to collapse. One of the police officers on the scene explained how he was PTSD and went on to lambast “You stabbed two people before my eyes. What a cowardly deed, may God damn you for what you did. I hope you can stay in jail for the rest of your life” RTL News reports.

One of the victims, who is now in a wheelchair after the stabbing damaged his spinal cord, said to S “You may think your actions are a symbol of good work, but I assure you: you are mistaken. Your attack from behind proves your weakness”, RTL News reports.

The other victim was stabbed in the arm and torso but managed to survive the attack after emergency surgery.

The wife of one of the victims suffered a miscarriage after dealing with intense trauma caused by witnessing the stabbing. She said in court “In the United States I suffered a miscarriage. I am convinced that this was the result of the emotional and physical toll that the attack on my life has taken. I am still devastated.”

Father back in Afghanistan is very proud

A bugged conversation from Jawed’s home village in Afghanistan shows his father is very proud of him, NOS reports.

Jawed said he has no regrets about what he did.

Previous articleOn This Day 75 Years Ago Anne Frank was Sent to Auschwitz
Next articleRain, Rain, Go Away, But it Looks Like You are Here to Stay!