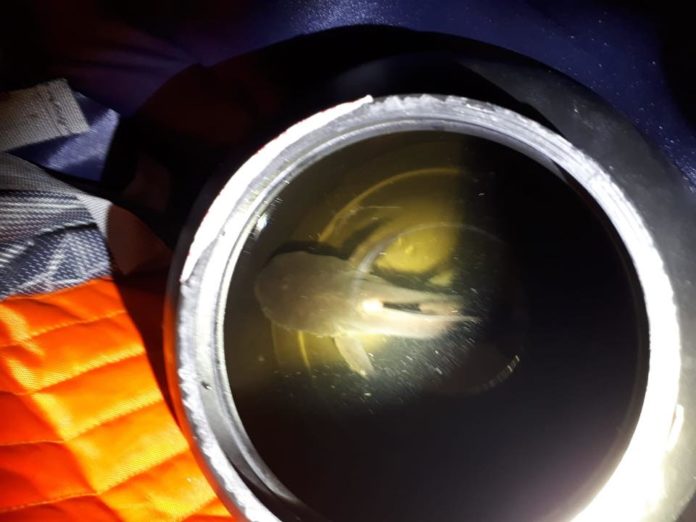 What’s the best excuse you’ve ever tried to get out of a traffic fine? Running late for an appointment? Rushing to your family-in-laws dinner? Whatever you come up with, we think we’ve found one better.

A cyclist was arrested on Saturday evening after riding through a red light too many times. When the police caught him, the offender said the reason he couldn’t stop at lights was that he had a fish in his bag.

How did this even happen?

The Walcheren police took to Facebook to share this unique incident. They explain “We admit… turns out we haven’t seen everything yet. In the middle of the night and putting their own life in danger, a person rode a bike without lights through a red light in the darkest part of Vlissingen. When asked why they rode the red light, this one replied; ‘ I couldn’t brake on time, because in the bag I have with me, a fish is sitting!”, The Telegraaf reports.

Was there really a shark in the bag?

Obviously the police were suspicious about this far-fetched excuse and asked to examine the contents of the bag. Upon looking inside, they the police saw a plastic container filled with water that indeed contained a small shark.

Did the excuse work?

The police escorted the cyclist home so the shark could be returned to safety. It is not known whether he was fined for running the traffic lights.

Think you can top this excuse? Let us know in the comments below!

Previous article5 free things to do in December in the Netherlands
Next articleThe Netherlands: land of the tall, except for the Christmas trees