A father has gone to great lengths by encouraging (or making?) his ex-wife give birth in Belgium so that their child could be named Feyenoord, after the professional football club in Rotterdam.

Why traipse to Belgium you ask? Well the Netherlands doesn’t allow people to name their children Feyenoord but the Dutch neighbour does, RTL news reports.

Luckily for the Feyenoorder, Belgium is totally okay with naming your kid Feyenoord.

The father explains that his oldest son is already a familiar face at Feyenoord. Many of you would recognise him already because he is the little boy in the “Middle Finger Kid” meme.

Fair enough, his first name isn’t Feyenoord, only his second name. Then you naturally ask yourself: Why do you name a child Feyenoord? The proud father explains:

“Yes, listen. At the time that my oldest son was born, Leonardo played at Feyenoord. And many of the geezers I know gave their sons the name Leonardo. And what happened? The boy will play at 020 in no time (Ajax, ed.). And then yes, you’ve got a son who’s namedouble played at Ajax and yes, that’s not going to happen to me.”

All of this epic story was told on this Dutch radio show:

Well, at least there will be one city where he could get free drinks with that name. Heartwarming story once again from the cultiest of Football clubs in Rotterdam.

PS. Please send an email if you want to name your child DutchReview or just DR. Or ever considered Abuzer? Always an interesting topic in any interview.

Also, one for the fans: 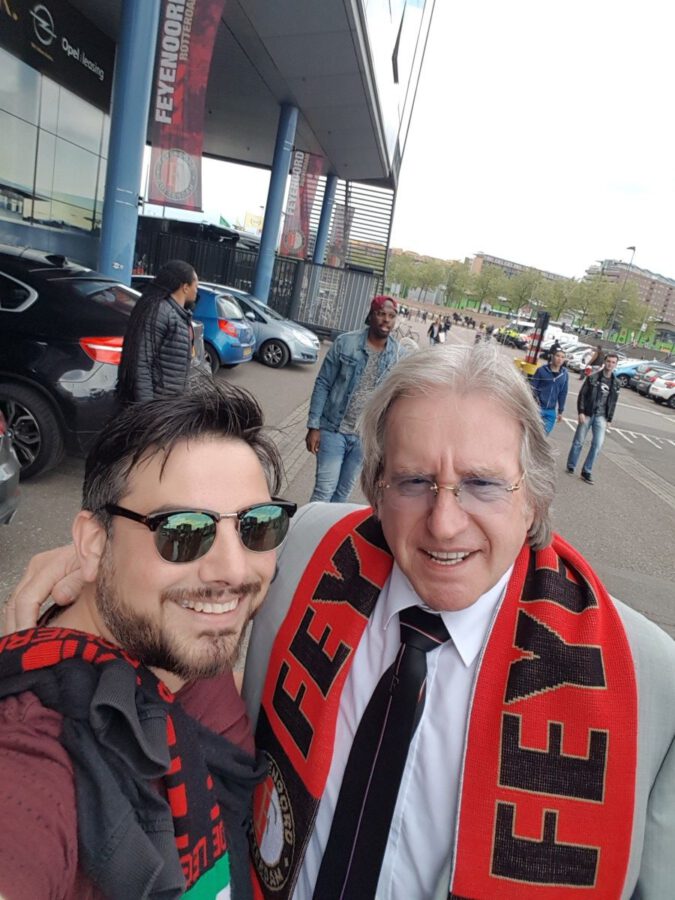 Previous articleAmazon.nl is coming, and that’s not good news for the Dutch high street
Next articleWe need more dogs and cats donating blood