The Hague locked down by the army, traffic jams all around: farmers are protesting once again 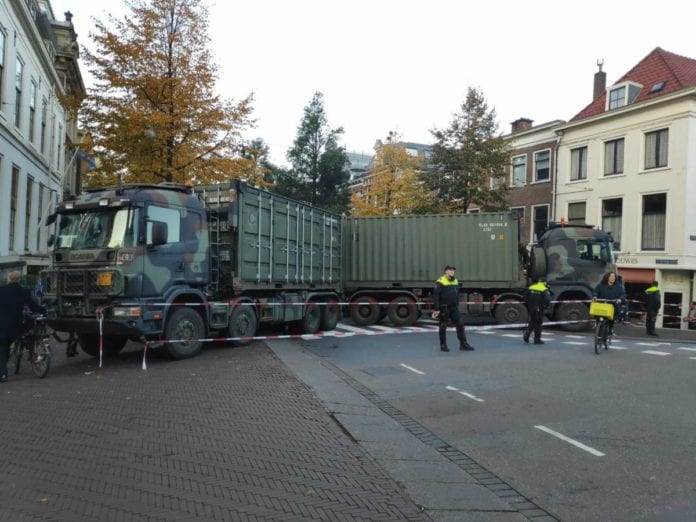 If you’re commuting between The Hague and Utrecht or using any of the highways in between, be warned as the farmers’ protest is taking place as you read this. They will jump on their tractors and will drive down from De Bilt to The Hague around 11:30 am today, reports NOS. The Ministry of Defence is assisting the police and the municipality in The Hague in making sure that the farmers don’t demonstrate at the Binnenhof.

The farmers are protesting against what they think are unfair nitrogen measuring methods of the National Institute for Public Health and the Environment (RIVM).

Where are the farmers protesting in The Hague?

They were originally planning on demonstrating at the Binnenhof but were never given permission. Therefore, they will be at Koekamp, next to the Malieveld at The Hague Central, reports NOS. The military has placed large vehicles around the city to make sure safety is observed.

Which highways should you avoid this morning?

So avoid the centre of The Hague if you have a large vehicle. Authorities have also advised everyone to try and avoid the highways and roads around Utrecht to avoid the protest which will be departing from De Bilt to The Hague later today.

Congratulations to Dutch farmers, who have finally hit on the perfect way to ensure the whole country dislikes thempic.twitter.com/DisLnsKUtL

The busiest highway right now is the A27, with an expected delay of more than two hours. The A28 from Amersfoort, the A1, A12, and the A7 between Hoorn and Purmerend should also be avoided. The traffic jams stretched to 375 kilometers just before 8:30 am this morning.

Have you been stuck in a traffic jam all morning because of the farmers protest? Do you agree with their methods? Let us know in the comments below!

Previous articleWhat you need to know about Amsterdam Dance Event 2019
Next articleWill there be faster internet on the intercity trains in the Netherlands?