What the Dickens? Experiencing the Deventer Dickens Festival

For all expats, book lovers and hardcore Brits out there, forget the hustle and bustle of the various Dutch Christmas markets, the Amsterdam light festival or the ever ongoing ‘zwarte piet‘ festivities saga: Deventer is the place to be for a real Christmas treat this time of year.

For one weekend a year in December, Deventer is home to the classic British author Charles Dickens. But what the Dickens is this festival all about?

Dickens Festijn takes place around the second weekend of December every year and sees over 125,000 visitors flock to the picturesque town of Deventer for some Dickens inspired tomfoolery. Some of the oldest streets are decorated to depict the Victorian era. It is a great end to a year of festivities and is fitting for the town that is home to two famous printing presses from the 15th century.

Last year there was an hour wait to get inside the alleyways of the Dickens Festival, but we had plenty of entertainment to starve of the boredom with actors young and old making this event a real Christmas tradition for all to enjoy. From performers on the balconies, gentry talking amongst themselves in the street, to newspaper boys selling the Dickens ‘Krant’ and girls sweeping the streets for a ‘tuppence or two’.

After what felt like an age we were finally inside and my, what a magical sight. There were murals telling the story of Charles Dickens most beloved stories. The Pickwick Papers, Bleak House, Little Dorrit and the beloved festive canon: A Christmas Carol. This mural had the Ghosts of Christmas Past, Present and Future handpainted on three doors with a small paragraph of the story (albeit in Dutch) above each of the murals.

We beelined straight for the hot toddy – mulled wine or gluhwein as it is known in the Netherlands, served to us by two very sweet ‘Victorian’ ladies. We got to enjoy the delight of the carol singers in the street as we warmed up after the cold queuing session.

Fagin and the gang, including the Artful Dodger walked amongst the crowds, trying to distract passers-by, cooing at babies in prams and attempting to “pick a pocket or two”. Chimney sweepers shouted at us from the rooftops, pointing, laughing, and being mischievous, then came down to enjoy a picture or two with the adoring crowds. David Copperfield and Clara Peggotty stood and talked to us for a while and said they had enjoyed taking part in this festival for many years.

Then there was the workhouse, where paupers and orphans could be seen working and Mr. Bumble ensured that the boys stayed in line. Although, there was no sign of little Oliver Twist this time around, it was still fantastic and half the fun was trying to figure out if you’d spotted a famous character from one of the better known classics.

Decorations that look the part

But it wasn’t just the actors that made this a magic day out. The storefronts were adorned with Christmas decorations, every shop owner dressed the part in Victorian attire from simple paupers to noblemen and women. They stood or sat amongst the throng of people and tried luring you into see what trinkets they could entice you to buy all in with keeping with the shop merchants of the era.

There were women and men manning stalls of hot baked potatoes, pies and sweet carts that had the children running and pulling their parents to grab handfuls to tuck into. The cobbled streets were adorned with old-style lanterns and garlands dressed the windows of the shops and houses.

The inside of houses was equally intriguing, you couldn’t help but peer inside with models of Scrooge, and even Charles Dickens himself, lit up by the windows. It really gave you a feel for how Dickens brought all his characters to life. We even spotted a woman whom could have easily passed for Queen Victoria having a spot of afternoon tea with her family.

Should you go to the Dickens Festival?

Overall, this is a real family affair and a joyous occasion to experience this time of year. I would recommend this event to everyone – not just the classic book lovers. It’s a great day out and there is so much to see and do, not just at the festival, but Deventer as a whole with its quaint shops and boutique restaurants.

So, would I go again? Definitely. It is a fantastic day out, there is a lot to see and do and from what I’ve heard, it gets bigger and better every year and I have ‘Great Expectations’ for next year’s 30th Anniversary celebrations.

Have you visited the Dickens Festival in Deventer? What did you think? Let us know in the comments below! 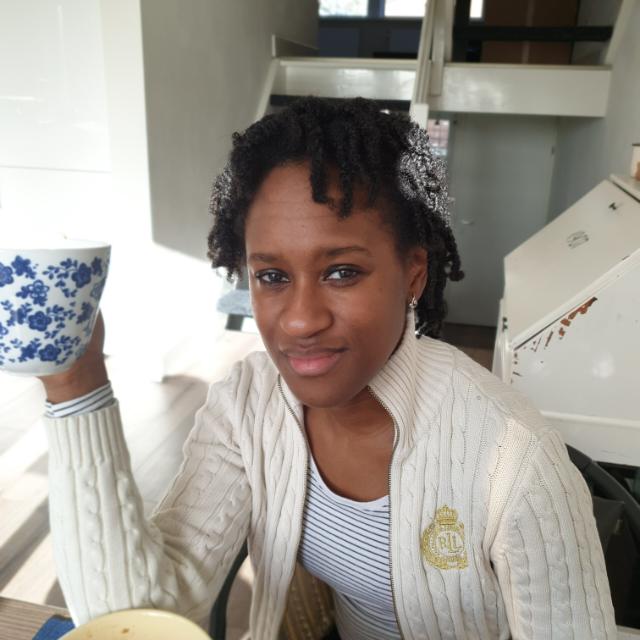 Aisha Brownhttp://www.aisharebecca.wordpress.com
Aisha is an aspiring poet and author from Luton, England. She became a “Lovepat”, following her (not even Dutch), partner to the Netherlands. She now calls the beautifully underrated town of Hoorn home. When she's not falling off her bicycle or hunting down trousers for her petite frame, you'll find her in a vegan haunt, drinking Earl Grey tea, or musing museums. This British-born wanderer hopes to call the Netherlands home.