This new Dutch neighbourhood is completely car-free — and looks UTOPIAN 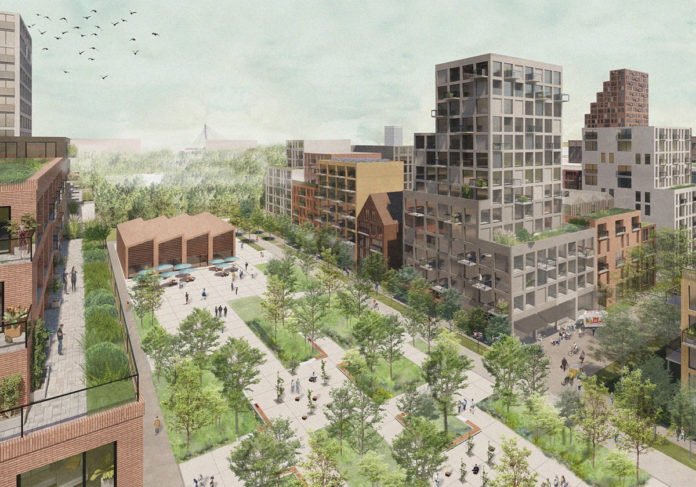 The primarily car-free lifestyle in the Netherlands is, of course, mostly to do with the Dutch love for bikes.

The nation is home to more bikes than people and boasts one of the world’s most impressive bicycle path networks that spans no less than 35,000 kilometres across the whole country.

This stellar reputation is demonstrated most impressively in Utrecht. This city, a mere 20 minutes by train from Amsterdam, is consistently reducing roadways, is home to the world’s largest bike parking lot and its latest city designs include a completely car-free neighbourhood.

Utrecht recently unveiled its latest plans for a completely car-free neighbourhood, Merwede. The Merwede neighbourhood will be home to 12,000 residents. All important facilities, including Utrecht Central Station, will be within walking or cycling distance.

The Merwede canal zone was originally a business park but will be transformed over the next couple of years into a lively, sustainable area of the city. The goal of the area is to be a place where people can relax, work, and live in a way that’s environmentally friendly and also healthy. For that reason, it will be car-free.

Another crucial aspect of the new neighbourhood is the idea that it will be a circular economy. That means creating as little waste as possible and using as few new resources as possible. Merwede will become home to De Clique, a circular startup that will try to reuse waste from the hospitality and business sectors.

The city district looks set to be full of exciting activities that will bring the community together. There will be a skatepark, lots of nice restaurants and cafes, and a climbing hall: and all this before people even move into the neighbourhood, so it’s bound to be absolutely bustling once these plans become reality.

We’re so looking forward to seeing this car-free neighbourhood become reality! When Dutchies bike this much, it seems the most natural of progressions to transition towards a car-free country.

Controversies over prices of apartments

Despite being a forward-thinking project, the pricing of apartments, released earlier this week, has caused its fair share of controversy.

Prices for 167 homes, out of the 600 homes planned to be developed, all exceed 500,000 euros, some of them even approaching one million euros.

Nevertheless, the municipality defends this, by saying that a substantial part of the apartments will be dedicated to social housing, and will have a cheaper price. As newer apartments will be placed for sale, we’ll get a better idea over the exact pricing on the lower end in this futuristic neighbourhood.

But what do you think? Would you give up your car? Let us know in the comments below!

Editor’s Note: This article was originally published in January 2020 and was fully updated in December 2020 for your reading pleasure.

Previous articleThe planets align for a stellar celebration — the days are getting longer!
Next articleDutch municipalities to take tougher action against businesses not complying with lockdown