Are you from the north of the Netherlands? Have you been waiting for a faster train for better access the rest of the Netherlands? Well, your time has come! As of 2023, a high-speed train will launch and you’ll be able to travel to the Randstad in less time.

After testing the plan earlier this year, Dutch Railways have given the go-ahead on the project. The trains will come from the south, crossing the high-speed line in Amsterdam and then continue onwards to Leeuwarden and Groningen.

Just how fast will the trains actually be?

It currently takes just over two hours to get from Leeuwarden and Groningen to Amsterdam. However the new high-speed trains will travel at a speed of 200 kilometres per hour which will shave roughly 30 minutes from the journey time.

New tracks are being laid between Schiphol Station and Amsterdam-Zuid which allow trains to continue on to Leeuwarden and Groningen.

But, there is one problem

You know how the Netherlands is built on sinking land? Well, the track between Amsterdam and the North of the Netherlands is not suitable for train speeds of 200 kilometres per hour. We hope this doesn’t turn into another Dutch fail!

The only track that permits fast speeds is the Hanze line which runs between Lelystad and Zwolle. So Dutch Railways hope that if they start investing in faster trains, then the government will sort the tracks out.

“We are investing in more fast trains and hope that this is a reason for the Netherlands to invest more in more fast railways,” says Roger van Boxtel, CEO of NS, tells NOS.

With the current tracks, the new trains will only make the journey from the North to the Randstad minutes faster, unless they take the Hanze line.

We’ve had a lot of exciting train news lately. A couple of months ago, it was announced that a direct Eurostar from Amsterdam to London would open in 2020 and an overnight train from Amsterdam to Vienna would launch in 2021.

Not impressed by that? Perhaps you’ll be intrigued by the new hyperloop currently being built in Delft in collaboration with Tesla and Elon Musk. The hyperloop is a snazzy train that drives through a tube with very little or no air resistance which allows incredible speeds of up to 700 kilometres per hour. 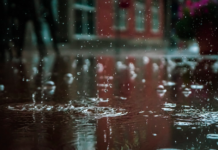 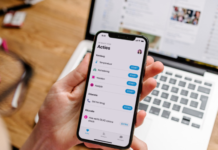