This week, 8,265 new positive coronavirus cases have been recorded by the RIVM. This is marks a 50% increase on last week’s numbers, which were 5,427. In the last 24 hours alone, a record high 1,379 infections were confirmed.

Deaths, however, are slightly less at 14 compared to last week’s 17 new deaths.

These figures show that the R-number (indicating how many people on average are infected by a patient) has once again risen above 1.

The highest numbers of infections were once again in Amsterdam, which saw 1,251 new positive tests this week. Coming in second and third were The Hague (761) and Rotterdam (701). However, in terms of the number of inhabitants per city, the highest numbers of infection were in Delft (16.9 per 10,000 inhabitants), Bergeijk (15.6) and Amsterdam (14.3).

However, given that the GGD is running behind on testing, this is causing delays in statistics. Some of the deaths and hospitalisations, for example, may have occurred earlier but were only reported to the RIVM this past week.

Many people with complaints are struggling to get tested, as 80% of Dutch coronavirus testing locations are completely full. With overloaded phone lines and hardly any appointments available online, the GGD is busier than ever. A report from the GGD claims the Ministry of Health has not purchased enough lab capacity to deal with the volume of demand.

In the last week, we saw the testing street at Schiphol airport close down in an effort to compensate for demand at other testing locations. Increasing bottlenecks at the laboratories are overwhelming GGDs. This has made it necessary to prioritise testing of educational staff and healthcare workers, who are at the highest risk of infection.

Minister of Health Hugo de Jonge said the decision was justified as these groups of workers are essential. However, he made it clear that prioritizing these groups will be temporary. Schiphol authorities hope to bring the testing street back as soon as possible.

This morning, the Ministry of Foreign Affairs issued orange-risk status to regions of Switzerland, Lisbon and Prague. This means that only essential travel is advised for these areas.

The highest risk areas in Switzerland are in and around Geneva, Freiburg and Vaud. In Portugal, the regions of Metropolitana de Lisboa and Leziria do Tejo have the most cases of coronavirus. The entire city of Prague is at orange-status.

As flight companies compete to fill their planes once again, airline ticket prices have plummeted as low as €5 with companies like Ryanair. Many of the destinations are code orange risk zones, meaning people could be re-entering the Netherlands with more than the luggage they set off with. MPs are calling for the drastically reduced prices to end.

Meanwhile, the Dutch public transport company OV has launched a multi-million euro advertising campaign to encourage more people to travel. The company insists that using trains, trams, buses and metro in the Netherlands is safe and managed responsibly. Pedro Peters of OV-NL explained that they will be checking more to ensure passengers are following the safety rules, and fines will be handed out faster if passengers are found breaking these rules.

The Dutch government has not banned non-essential travel but has advised the public to avoid crowds and to travel outside of rush-hour.

Do you think the Dutch government is doing enough to control the spread of coronavirus in the Netherlands? Share your comments below. 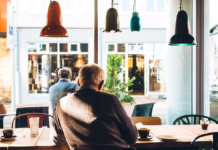