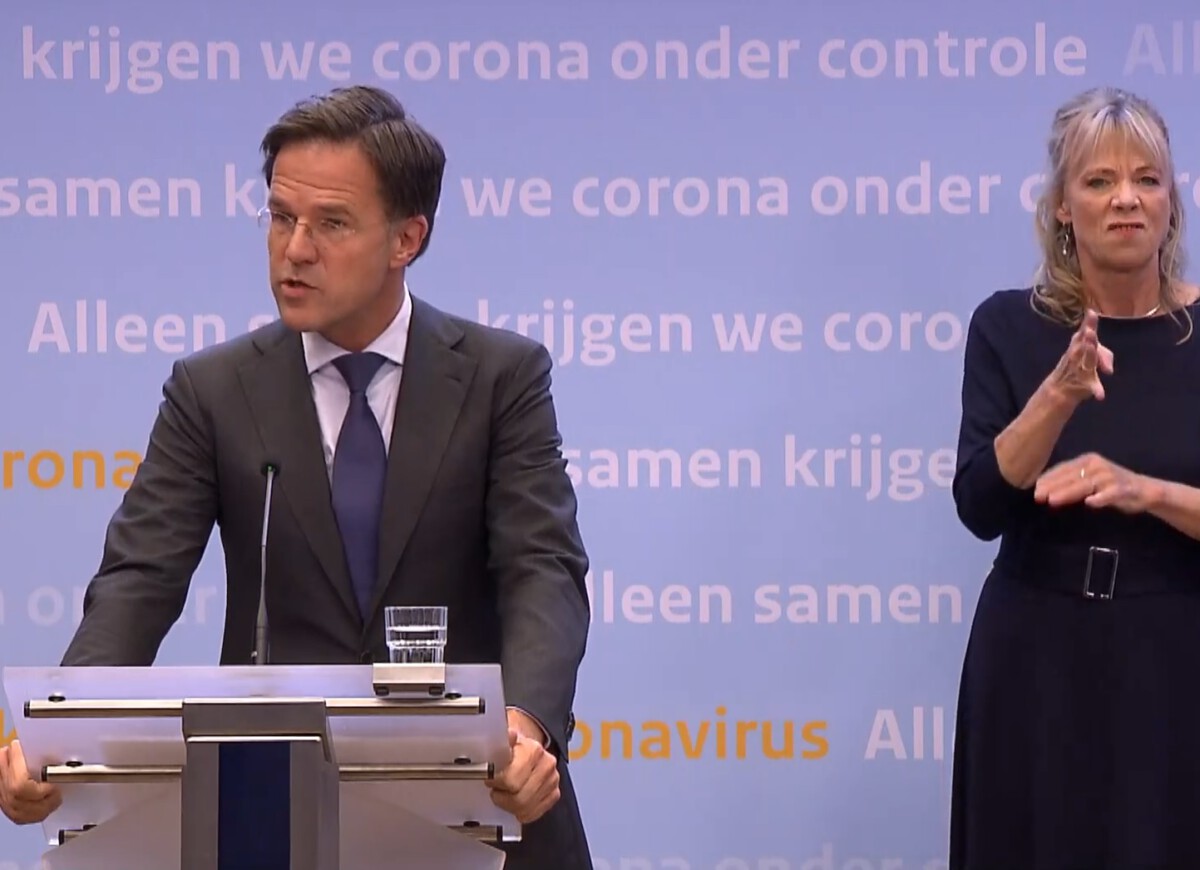 Following the supposed leak of new coronavirus measures in the past 24 hours, Mark Rutte and Hugo De Jonge have once again taken to the podium to formally introduce the latest restrictions. Let’s run through what was announced at the press conference of October 13.

Experts from the Outbreak Management Team (OMT) see the hospitality sector as a prime location for infections to spread, particularly among young people. This has led to much speculation surrounding whether or not the catering industry will face mass restrictions.

A further question was surrounding mouth masks? Will they be obligatory? Tonight, the Prime Minister has announced eight new measures which take a more serious turn.

Rutte’s message for the Netherlands

Rutte spoke of the many stories of corona entering the lives of regular people, and how regular healthcare was being postponed or cancelled because of all the new corona cases. Loneliness, tension, psychological problems and all the challenges for people with a chronic illness; life is harder since corona and that’s why we’re going to a partial lockdown, Rutte stated.

See below for the latest national measures in the Netherlands against coronavirus. These will be set in motion tomorrow, Wednesday, October 14, 2020, at 10 PM. They will be in effect for four (!) weeks but will be evaluated in two weeks (on October 27) Most measures are aimed at limiting all movement and social contacts by people, but Rutte reiterated that these aren’t aimed at the vital educational sector.

Rutte closed with a call upon everybody:

“don’t be this cross Dutch person, be a realistic and sober Dutch person who rises when is needed”

Following up on Rutte’s message was Minister Hugo de Jonge. He had a few other messages. “Don’t be aggressive to those that have to enforce the measures, especially not in these times” and also that the cabinet was very much concerned with the elderly in nursing homes, but that closing them also wasn’t an option.

So what wasn’t said at the press conference?

There was no mention of a roadmap of some kind. All in all, both men wanted to give a stern and serious message to the country. And in some way, it’s also an admittance of the failure of the Dutch government in the past few months.

Furthermore, the Dutch legal system is sometimes more of an obstruction than a help in this fight against coronavirus. Will bars become as exempt as churches? And when will we see an actual law enforcing the wearing of mouth masks? That might take weeks.

This past week, the Netherlands was labelled as a country with one of the highest coronavirus infection rates in Europe. Today, the RIVM announced 43,903 new coronavirus cases (almost twice as many cases than the previous week’s numbers) leaving many of us wondering how well these new measures will align with the undeniable threat of coronavirus in the Netherlands.

How do you feel about the new measures in the Netherlands? Leave a comment! (and be kind, these are hard times)