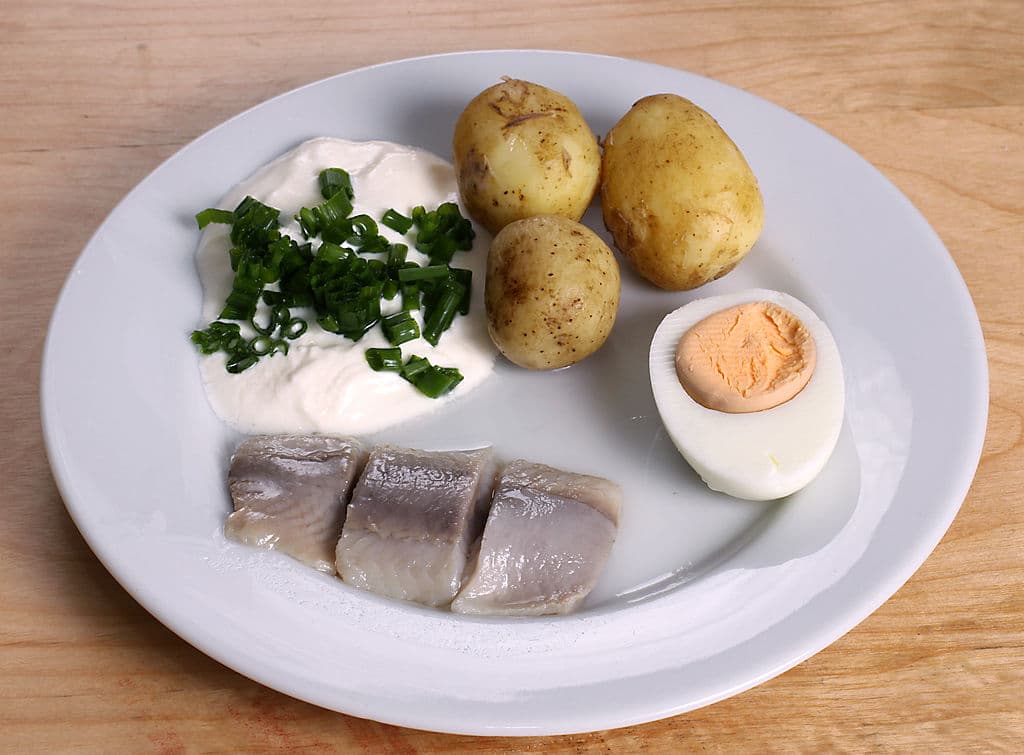 The Dutch and the Swedes have a few things in common, but of course, they’re not quite the same either.

The Dutch are often associated with a people who love eating raw herring. Dutch people also like to bike wildly across their lowland country. Perhaps you thought the Dutch were one-of-a-kind? Let me tell you about four ways in which the Dutch and Swedes are the same, yet different.


The size of the population and the landscape in both countries is quite different.

The Netherlands has 16,8 million inhabitants in an area of 41.526 km².  It means that around 400 people live within 1 km². This fact makes the Netherlands one of the most densely populated countries in Europe.

Meanwhile, Sweden has a population of 9,9 million in an area of 447.435 km².  This means that 22 people live within 1 km². Geographically speaking, Sweden is one of the biggest countries in Europe. And humorously seen, Sweden is 10 times bigger than the Netherlands.

Dutch and Swedes are neither considered bigger nor smaller than each other. Something else we have in common is that most of us are blonde or blue-eyed. We are both friendly and we tend to smile a lot. Most of us are tall, but there are also some short people who need clogs. We live in countries where it almost always rains, we both use rain-ponchos but we love life.

Did you think that only Dutch people love eating herring? Then you are wrong! There are absolutely more herring-lovers in the world, including the Swedes.

Swedes love to eat pickled herring with herbs. They eat herring for Christmas, Easter, Midsummer and of course all months in between. The herring is eaten with a dark crispbread called knäckebröd [knekebroed], eaten with family or friends at home. It is very rare to see a Swedish person eating herring in public areas.

The Dutch prefer eating herring fresh and raw. The rawer, the better. Right? Since the Netherlands has a bigger population, they of course have more herring-eaters than Sweden. The Dutch grab the raw herring by the tail, slurring it through chopped onions. The next step is to hold it upside down over their mouth and chew it all in 2-3 bites. Dutchies prefer eating herring in public, such as crowded markets. This eating habit is very un-Swedish. (But no matter how you eat it, a herring still remains a delicious).

As you read above, the Netherlands is a small country with a big population. This of course means that there is less space for bikers. The Dutch often bike on the same road as cars, in a space roughly one metre wide. Sure, there are fietspaden, but most of the time you’re on the same road as cars. Meanwhile, Sweden has special roads just for bikers. These roads are separated from the car roads and can be up to two or three meters wide.

Compared to the Swedes, the Dutch like to bike wildly across their country. The Dutch bike at a really high speed and often ignore the red traffic light. Sometimes Dutch bikers have more rights than actual cars. And of course it is considered normal to bike with many kids in the bike basket.

On the other hand, the majority of Swedes prefer biking with helmets. But wearing a helmet does not automatically mean that Swedes are brave in traffic. Instead, the Swedes drive peacefully and very passively. There are special signs for Swedish bikers when crossing a street. Crossing an unsigned street may be illegal and you might get a fine for being that disobedient.

Dutch and Swedes of course have the almighty Zlatan Ibrahimovic (a true modern Swede) in common. In 1999 he debuted for the football club Malmö FF and from then on he became an icon for Sweden. Swedes love him both for his skills and personality. Zlatan is a self-confident fighter on the field. Some Swedes want his face to be printed on Swedish bills. Others tend to change all S letters to Z. For example, Zweden and Midzummer.

After Zlatan’s debut in Malmö FF, he signed to play for AFC Ajax in the Netherlands. Score! Zlatan Ibrahimovic was a very popular soccer player in the Netherlands and the Dutch still love him. (Who doesn’t?!). One of the most memorable moments was when Zlatan made a brilliant goal for Ajax. Perhaps this goal can be considered one of the best ones?

So there you have it — population size, salty fish, biking and football fans, the same but also not the same.

What Dutch habits are similar or different to where you come from? Let us know in the comments below!

Feature Image: Fluff/Wikimedia Commons/CC3.0
Editor’s Note: This article was originally published in August 2016, and was fully updated in October 2020 for your reading pleasure.