Rising sea levels in the Netherlands: the Dutch battle against flooding

The Dutch way of mitigating challenges brought by the climate crisis

The past few years have seen various tropical storms batter the coastlines of many countries throughout the world. Once considered a once-in-a-lifetime event, experts now deem happenings of this nature to become more frequent due to the effects of Climate Change.

While the United States and other countries continue to debate the validity of Climate Change science (thanks Trump — yay Biden), countries such as the Netherlands are investing in R&D solutions to effectively address the challenges of tomorrow’s climate.

Particular attention is given by the Dutch to water management solutions, as more than 26% of the country is located under the sea level. This is worrying when thinking about the rising sea levels in the Netherlands.

The Dutch water management solutions truly embodies the saying “thinking outside the box,” as they not only push the limits of urban planning but also those of imagination.

A barrier to the sea: rising sea levels in the Netherlands

One of the most impressive achievements by the Dutch has been the reduction of their coastline by 700 km. During the 1950s, a series of projects in the southwest Netherlands called the Delta Works was started with the objective of blocking the entrance of the North Sea into the land.

The structure consists of six dams and four storm surge barriers, which makes it the Netherlands largest flood defence. The American Society of Civil Engineers recognized the Delta Works as one of the Seven Wonders of the Modern World.

A continuation of the Delta Works project was the more recently built Maeslantkering, a storm surge barrier that protects the City of Rotterdam from floods. Completed in 1997, the Maeslantkering consists of two 6,800 tons gates that close under the autonomous command of a set of computers that monitor the sea levels on an hourly basis.

These computers are not connected to the internet, making them safe from cyber-attacks. With a construction cost of €450 million, the Maeslantkering protects Rotterdam’s 994,000 inhabitants.

The Netherlands approach to mitigating the effects of the new climate is also shaping the urban landscape. Take for instance Watersquares, these are public spaces that serve as water containers during heavy rainfalls, preventing the flooding of the nearby streets, while serving as gathering spots for the community during dry seasons.

Since 2013, inhabitants of Rotterdam have been able to recreate in the first ever-built Watersquare of Benthemplein, which can withhold approximately a maximum of 1.7 million litres of water when needed.

Another example of Dutch urban adaptation to the new climate is the installation of green roofs across the Netherlands, converting impermeable surfaces into water-observant platforms during heavy rainfall. The benefits of green roofs go beyond water management, as green roofs absorb summer heat during the hot days, keeping structures cooler than they would otherwise be.

Water management is just one of these things the Dutch are awesome at:

The innovative solutions being adopted in the Netherlands not only benefit the Dutch, but also the rest of the world. As the Dutch continue to invest in R&D, their water management solutions will continue to be proven effective, further incentivizing other countries to implement similar projects.

Countries around the world are already working with Dutch experts to implement Dutch solutions in their home countries. While the challenge of climate change is a serious one, the Dutch help us see the cup half-full. We might just prevent this cup from overflowing.

Rising sea levels in the Netherlands is an issue and the Dutch are doing all they can to prevent a disaster. What do you think about this? Let us know in the comments!

Feature Image: Zairon/Wikimedia Commons/CC4.0
Editor’s Note: This article was originally published in May 2018 and was fully updated in July 2021 for your reading pleasure.

Previous article
Mayor of Amsterdam apologises for city’s role in the slave trade
Next article
Going to the pub with coronavirus: Amsterdammer gets wrong test result 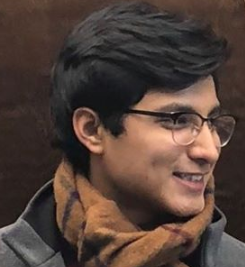 Luis Garcia-Fuentes
Luis grew up in Mexico, Italy and the United States. Passionate about economics, the environment and public policy, Luis writes to help others learn something new.

The future has arrived! On May 2, Eco-Runner Team Delft will unveil their new hydrogen car, so keep your eyes...
Economy

Due to a lack of new employees, Schiphol airport may find itself forced to limit the number of travellers departing...
Economy

Another day, another strike. Instead of transport workers, from January 31 to February 6, Utrecht's garbage collectors have launched a...