Culture shock when moving to the Netherlands: from South Africa to Holland 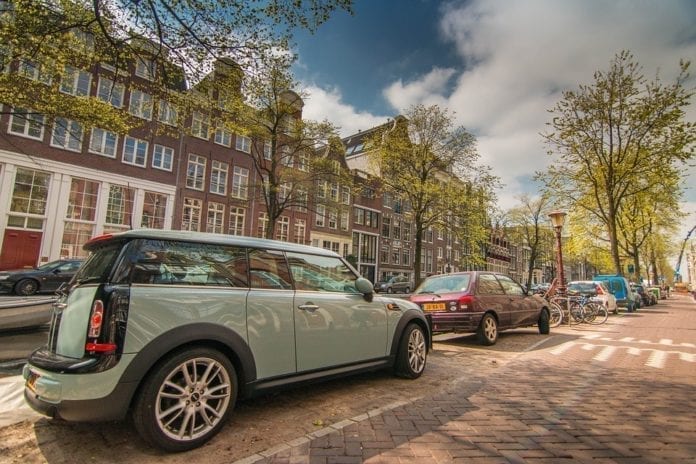 Culture shock when moving to the Netherlands

While I’m waiting for a response back for my Visa application, I may as well continue on my trip down memory lane. This all begins with my culture shock when moving to the Netherlands. (I hope you are keeping your fingers crossed with me that I get to come back with my friends in June)… Anyway, I digress…

Coming from South Africa, there were quite a few things that I could not wrap my head around. I will try my best to explain the culture shock when moving to the Netherlands:

1. Driving on the wrong side of the road

Those open curtains and unlocked doors… Back home it was common practice to close the curtains or blinds of my home. Even more common at home then and now, is the locking of doors and safety gates. I could not get used to the idea that curtains were left open. I must admit that nobody actually walked passed the house and looked in. It was just a very unnerving experience that took some getting used to.

I also got into trouble every day for thoroughly locking the doors. I think it took me 4 months before I could just casually push the door closed and go inside without turning every key and latch that I could find. I’m quite eager to see if that practice is still the same 24 years later. I could not fully appreciate how safe the country was until it was almost time to leave. One of the first things I told my friends when I came back home, was that I could cycle or walk alone any time night or day without fear. (The second thing I told them was that there are no mountains).

A summer coat… Wait a minute, do I have to bring one along in June?

When I was being shown around the house of my Dutch “family”, the kid’s mom pointed out the hall closet that contained their summer coats. Silly me!! I could not wrap my head around that at all. Most times in Cape Town I hardly required a winter coat, so it was quite a stretch of the imagination that I would need a summer coat. I soon got a taste of why a summer coat was needed. Boy, do I wish that some of your rain could be sent to Africa…

A POES IS A CAT! Okay, people, that one is not good for a girl from Cape Town. Nope. Hell no. Let’s just get stuck into this one for a while. So, as I mentioned in my debut article, my Afrikaans is good (baie/heel goed). This meant I didn’t require Dutch classes. My family therefore offered to pay for anything I wanted to do.

I chose jazz ballet, as I had been dancing since the womb and missed it terribly. Long story short: I joined a dance class in Huizen (Studio Dansu) and went once a week for the whole year. I ended up participating in a concert with my dance class and had to do an afternoon and evening show. One of the ladies in my class suggested that I go home with her between shows so that I didn’t have to commute back for the evening show. As she opens her door she says “stomme poesen, (I gasped) zit hele dag te slapen” OMG! Dead, dead on the spot. (I caught on when I saw the cats sleeping on the window sill)… I hope my Dutch spelling is good.

People of the Netherlands hear me now. You may have heard this before, but I will say it again, a poes in South Africa is a very derogatory term for a….um…vagina. Phewwwwww…I’m still grappling with that one. Anyway, moving on now.

5. Right of way for drivers

The right of way to cars coming out of a side road… My heart nearly stopped a few times whilst sitting in a passenger seat and thinking that I’m going to heaven in a Subaru. Yes, that brings me to the time I thought my friend Erik (good luck trying to find a guy named Erik in Holland) was a hell driver. After a few of my nervous gasps, he wanted to know what was wrong. I asked him if he was trying to get us killed. When I asked him why he didn’t stop and wait for the person on the straight to pass, he explained that the one on the straight allows the side road driver to come out.

Well slap my —- and call me Famke (My dutch name of choice). Is that even right? In Cape Town if you want to get out of a side road you may actually be sitting there for a while or until some courteous soul decided to give you a “break”. Or as my dad used to say… “the only way to get across the road; is to be born on the other side.” Maybe I should tag Erik into this story…

Dark skin attention… Oh, my… I was one of the wonders of the world for a whole year. And I could not believe the attention I got back then. I frequented pubs in Bussum mostly; as it was closest to where I lived. I developed a tolerance for beer because every person who came to chat to me bought me a beer. Some didn’t even talk to me; they just sent a beer over. I had people offering to marry me if I wanted to stay in the country. It was very amusing, but really good for my self-image at the time. I even had someone ask if they could feel my hair…. which brings me to my last point (yes, I must stop myself ‘cos I can go on for days).

Nobody could do my kroes hair. I called every hair salon in the surrounding area and eventually ended up going to Amsterdam to get my hair cut and blow dried. I really wish I could remember the name of the amazing woman that managed to sort out my hair. She deserved a medal. I’ll be bringing all my own tools this time though, I’m not taking any chances!

It’s not just living in the Netherlands which causes culture shock, work does too!

Did you get a culture shock when moving to the Netherlands? Let us know how in the comments! Don’t forget to join our DR group too!

Previous article7 free things to do in Rotterdam in 2019
Next articleLittle bit of this, little bit of that! The weather this week will be one hell of a ride!

Nathalie Europa
Born and raised in Cape Town South Africa on Sinterklaas 1970... I knew since I was 7 years old that I would become a teacher (or a dancer) and I qualified as a teacher in 1991. I currently teach at a skills school for learners with special academic needs. I have a daughter, who keeps me on my toes and informed. I lead an active lifestyle and enjoy the outdoors. I lived in Naarden - Bussum for a full year and worked as an au-pair from 1993 -1994. The country and the people have crept into my heart and I will always feel like I left a piece of it behind.

Mental healthcare in the Netherlands is more important than ever before, with more people coming forward to talk about their...